WHEN THE WORLD STOPPED TURNING, WE MUST LISTEN AND HEAL 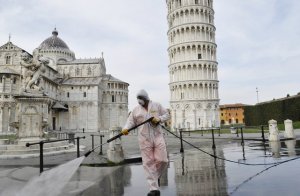 “In biological terms,  we have become parasites and are devouring our hosts.”

One day, they told, the world will simply stopped and we will be stuck in fear, agony and pain. It will be a normal day, but the day after yesterday, when we still have believed that things are going our way. Unfortunately, this Planet is suffering for so long period of time and nobody has really cared of its symptoms, of its dying cry. We have been always more greedy, more egoistic and more aggressive to get it all. The winners take all but, if the Nature plays the chess with us, we will be the losers, the defeated. There is only one Earth, so beautiful and so tolerant like ours. This Planets has given to us all what we need but we wanted more. The humans lost their modesty and embraced megalomania like the new concept of success.  The homo sapiens is  parasite,  a malign cell, a virus that is killing the Nature. The infectious disease are simply the reaction of immune system of the Earth on the inflammation.  In other words, we get it what we deserve.

The COVID19, the Wuhan virus or the SARS-2 bug is now the scar of the world we know, the dangerous reminder of our ignorance and lack of empathy for decades. The invisible microbe managed to be the dark celebrity No.1, the biggest influencer ever on the planetary happenings, the writer of our destiny at this moment. The happy bug from the illegal Chinese wildlife markets decided to jump on the plane and do a worldwide sightseeing. The spillover was there when everybody has been busy about own life and plans. It is usually like that, the misery is being planted when we are focused on creating  our luck. With the Zero Patient in China, we should have known that nothing will ever be the same. But, empathy has never been the attribute of majority of humans. As long as it is happening somewhere far away, outside of my own microcosmos, who really cares? The virus does. This intelligent molecular shark has learnt so much about humans just observing the mistakes of other pathogens and the success or failure of other epidemics.  The Corona virus didn’t want to have a failure but success. The jumper has jumped when the time was right, when we didn’t think too much that one lonely outbreaks can be turned into pandemics that change the international democracy and freedom. Now, we have the global contagion, thousands of deaths and millions of potentially infected people or vectors. The COVID 19 has made its perfect step into the human species, with its great combination of high infectious capability and destructive respiratory power.  This bug is not in mood to understand, forgive or give a chance like we didn’t  either, to our wildlife and Planet. We played too much, with the time its doesn’t belong to us, with the nature that is not ours, with the animals that are not our poverty….we betrayed all foundations of common sense and responsibility we should have for this world, as the most intelligent species. The contagion is now the renovation of the Mother Earth.

Some experts informed that terrible pandemics happen every 100 years in our medical history. It is really true but this pandemics has turned the world into the silent village, opened the old  and forgotten regulations of urgency state, make people being aware that staying at home is the only way to break the chain of infection and reduce the level of mortality. It is teaching us that we lost our ways,  our moral, our humanity in the ocean of consumption, ego and lack of love for others.  The social media have been the new mirror of so called success. Who has been somewhere and what kind of clothes had ? The influencers, bloggers, experts, showmen….the competition against each other and for nothing but big zero that has been replaced with that Zero Patient, that let it virus be finally free in one happy town, in one happy and world full of sins.

We still don’t know much abut this microbe but we need to stay at home, to avoid social contact, to prevent multiplication of new cases, to save the lives of old and those with compromised immune system. I don’t understand what is so difficult about following such rules before being forced from the government. It is very easy to be responsible for yourself and people around you, for those you love.  You need to protect them and if that means you wont touch them or see them for some time, it doesn’t mean you don’t care, it means that you care for them and for the whole society.  The civilisation need to slow down, to hear the scream of the nature it has refused for ages. The people need to go more inside, in their souls instead of trying searching for satisfaction outside. They shouldn’t compete with each others in being more or having more  but in learning from one another how to be better person, better resident of the world, better friend of the Earth. 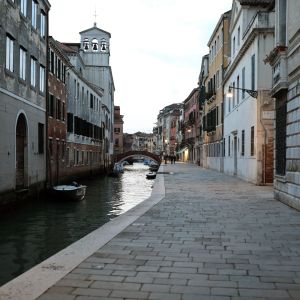 People die and that is terrible reality and scary outcome for many. It is a horror scenario but did we forget how many people die from cancer everyday all over the globe? Nobody is thinking of it, rather governments still keep pushing military industry instead of making brave steps into the cancer treatment and supporting of science. The hungry and sick children are  out there and nobody is really interested to try with adoption. One little girl in Syria, who passed away being hungry and cold, promised she will tell all to her God. I guess she did. The animals are dying because we are killing them, with our silence and tolerance for greedy industrialisation. Nobody is thinking of it since it is happening somewhere, far away from our social media and luxuries we are addicted to follow, to copy and paste in our life patterns. The COVID 19 is also being copied  and pasted. The virus is the strongest influencer I have ever noted, that took all media and social media, causing likes and dislikes, producing fear and panic, changing the life we though we own. 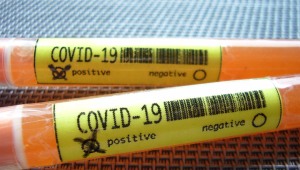 The biggest lesson ever : we own nothing. Our plans aren’t ours since they can be broken. Our lives aren’t safe  since they can be ended by one invisible warrior from far away host. We are not so powerful as we have believed and we aren’t so untouchable as we have thought. The only thing we need to learn to own are those that can’t be bought but planted within our character. It is reasonability, compassion and care. The first one will save lives, the second will change the future of the Planet for a better and the third will change the direction of the world. We must learn to live together for one another and this beautiful Nature or we will all die alone like fools. The Planet has shown that has being without us. The life goes on. The COVID 19 is just a lesson, please learn it now, before it is not too late for recovery. 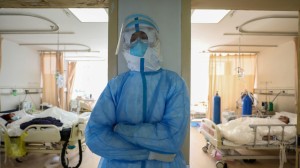 THE IMMUNE SYSTEM: THE ALPHA AND OMEGA OF HEALTHY LIFE

DON´T BE AFRAID TO BLOOM IN THE DARK: THE BENEFITS OF GLOBAL ISOLATION