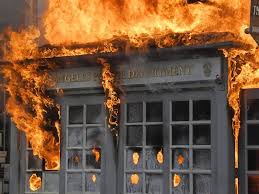 In the land of free and home of the brave, we have lost our hearts and our tears. This year, 2020, is somehow showing us that we are not masters of the decisions but rather slaves. We can change the rules but we end up changed by rules of the nature and Universe. We are nothing but weak human beings with lot of flows and that is ok as long as we don’t hurt anyone for some hidden interest or interests. Unfortunately, the current political situation in the USA is the reflection of the complete mankind drown in greed and evil. In the time of electoral fever, there are so many coming challenges and risks that are putting America in one kind of negative vacuum. The country is already deep divided, between liberal and conservative voting groups and with the escalation of racism and black lives matter, we open the gate of the inferno. Nothing will be ever the same. In 21st century, we still have to talk about the white privilege, black people who are muted and the social disaster that is eating up USA from inside, like Stephen King´s Langolier has eaten up the time.

This is more serious as Corona virus pandemics from the beginning of this year, due to the fact that black lives issue is politically manipulated and opinionated for the short term goals. The people who start riots and demolish the cities are not those who are voiceless. The voiceless people would never choose violence and aggression as a tool but only criminals who find their safety in broken law.  I am not a supporter of bad cop who killed George but I am also not a supporter of gangs who turn America into battle ground and destroy lives of innocent and their property and economical perspective. You can’t sell your manifest and agenda through the violent fire and causing lack of safety on the national level. Now, there are democrats who will try to use or abuse those moments for their own good portray in cruel presidential election arena, labelling Trump as not able to take care of the governing and people. The main problem is that nation is divided and those poles of differences are so sharp and unfriendly. Now you have people who want to apologise for being white and accuse all police officers for being racists and there are those who misuse this moment of American weakness and ruin the government, business and the complete order. It is not right to tell that black lives matter if you deny the importance of that mantra: all lives matter. So many black cops are killed now for the sake of nothing and so many black small business owners lost their future due to the demolition, riots and chaos.  How will you fight for justice with injustice or, even better or worse, how will you battle injustice calling on anarchy and terror? The human rights, freedom, democracy are the values that could be only eligible if your land has a security and safety to offer. So, please, let’s be honest and stop attacking police for doing its job. You can’t support police and being against racism at the same time. Whoever told you different, has tried to manipulate you and your thoughts.

The black lives matter and that is a fact as well as blue lives matter and all other lives matter. You can’t divide any of them or prioritise any of them because only united they all could present the national strength. I could cry over situation in America because this seems to be plotted and organised. The scenario usually used to start civil wars and destroy the society and system from inside. Many Balkans and Middle Eastern countries have this experienced in recent 20 years and I am only wondering why this tool is so popular among those who bring chaos there where they put they eye on ?

The only way to stop this American drama that could turn into the horror movie is to stop accepting divisions and partition and to stop playing the given roles. There are no enemies because all Americans should think as one nation under God, as was always before. They have been synonym of unity and now they are a symbol of unrest and conflicts. The land of free and home of the brave that is coloured with pain, fear and destruction. 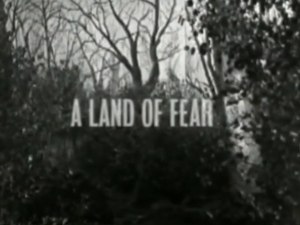 I pray for America I knew, the old and good one, united. The place where eagles fly high and all colours and faiths come together in perfect symphony of American anthem. May we have it again ?

PRAY FOR OUR AMERICA!