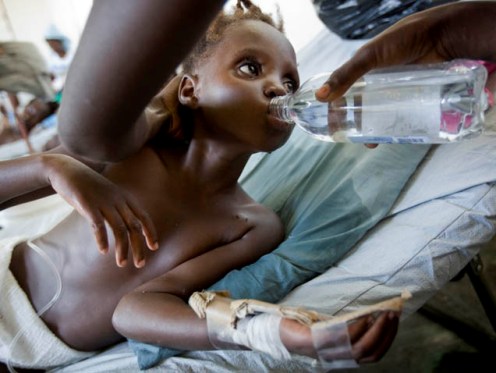 HOW HURRICANE AND CHOLERA  HAVE TURNED THIS CARIBBEAN COUNTRY INTO INFERNO?

“It turns out that cholera is new to Haiti. It was inadvertently introduced by a group of U.N. peacekeepers stationed in central Haiti who had come from South Asia where it is endemic.”

There is no heaven and hell which we will see when we die. The whole Earth could be one or another, depending on what is happening around the world right now. The famous tropical paradises have burnt in fire, the hidden caves are full of undiscovered viruses, the big cities are attacked by unstoppable winds. The Mother Nature has no will anymore for hypocritical diplomatic skills of the mankind. It seems that the war has been started and that we must be ready to deal the best way we can with.

The  Republic of Haiti, located on the romantic Island of Hispaniola hasn’t been recovered yet fully from the earthquake in 2010  but only 6 years later,   the Exotic Island  has been  bitten again with no mercy. This time, the hurricane Matthew has  cruelly  attacked the most populated  Caribbean country,  has killed more than 900 people and has  demolished more than 90% of targeted areas. Just to remind, this hurricane belongs to the official Saffir-Simpson hurricane Scale  1 with maximum sustained winds having decreased to 120km/h.The serious influence of the mentioned wind storm could be illustrated by the fact that Florida is hit too by this weather crusading and that nearly million people over there are without fresh water due to the hurricane Matthew evil dance. The South Carolina is also ready for coastal storm came from the Caribbean direction and it is almost like the ocean is having its own battle against the people. 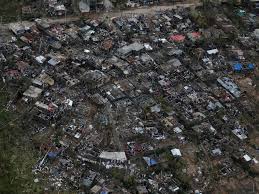 However, the worst price is paid by Haiti.The rescuers around the world who have been sent to support locals and help as much as they are able claim that this hurricane massacre is the horror on the ground. Everything is destroyed and because of the chaotic events on the field, it is almost impossible for rescuing organizations to come close to the injured and to offer help. The dead bodies are all over, some are in waters and some are not even found. The risk from infection and sanitary collapse is getting bigger and bigger  so the information about cholera awakening doesn’t surprise at all and according to the Pan American Health Organization:”Due to massive flooding and its impact on water and sanitation infrastructure, cholera cases are expected to surge after Hurricane Matthew and through the normal rainy season until the start of 2017″ The cholera spirit is again among us but the real question is if the cholera has ever been really sent to the past and locked there?

Whoever has read the famous book ” Love in the Time of Cholera”, written by amazing and talented Colombian author  Gabriel García Márquez knows the beauty and the power  of love but also the destruction capacity of cholera disease. It was the inspiration for many novels and movies, grudge for so many destinies and curse for all of those who wanted to live, to live the life far away from cholera and its own hell. 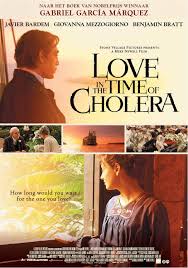 Cholera could be understood as an acute, diarrheal illness caused by bacterium Vibrio cholerae. Someone would believe that this primitive disease is out of modern world’s health concern but the statistics screams on us. Based on CDC reports, an estimated 3-5 million cases of infection and over   100,000 deaths are recorded each year:“The infection is often mild or without symptoms, but can sometimes be severe. Approximately one in 10 (5-10%) infected persons will have severe disease characterized by profuse watery diarrhea, vomiting, and leg cramps. In these people, rapid loss of body fluids leads to dehydration and shock. Without treatment, death can occur within hours.The cholera bacterium is usually found in water or food sources that have been contaminated by feces (poop) from a person infected with cholera. Cholera is most likely to be found and spread in places with inadequate water treatment, poor sanitation, and inadequate hygiene” It is very important to keep in mind that cholera bacterium lives in brackish rivers and polluted coastal waters so it is to be expected that after some of the strong hurricanes, this microbe will be relocated and transferred very easily. 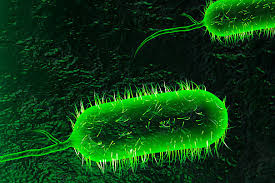 Regarding the transmission process, the cholera travels from one host to another through the  consumption of contaminated  drinking water or food. The water and food is usually infected by the feces of sick person and the good thing about this bacteria is the lack of risk to be given from one patient to another via direct contact. Problem occurs when it comes to the sanitary cataclysm in some of the countries which are generally dealing with the poor living conditions.The typical example is Haiti, what is combating the cholera risk for years back. The basic sanitary indicators  show the low potential in the times without any environment crisis and when the nature fights back, the whole drama becomes visible and cholera seems to be a folklore of Haiti Island. 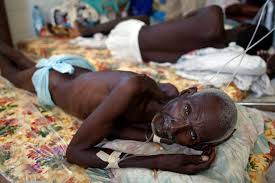 That is exactly what is happening right now in this country, affected by dangerous Matthew hurricane. The infrastructure is smashed and the bodies of killed people are all over the places. After one or two days into the waters, dead human bodies invite cholera and the water complex became the reservoir of infection as well as the food touched by contaminated people’s fluids.

The cholera is not the disease which could be deadly and dangerous like Ebola or Marburg but it is definitely enough serious to be among the priorities of all important global health centers. The treatment is available and it must be started on time, after the right diagnosis is set up. There are also the available two oral  vaccines   Dukoral and ShanChol, qualified by WHO. The main risk for those who travel to endemic places is the  possibility that they will bring back to their homes the infected or contaminated sea food. That doesn’t happen often but for sure it happens and let us being concerned about the future of worldwide sanitary conditions. In the age of International Tourism, the transfer of bacterium or virus is a bed time horror story. They travel with no visa and borders fear. They are free to be anywhere for everyone.

Instead of trying to improve basic  life conditions in poor countries and societies and to develop the good defending system against the strong weather attacks, we are fighting among each others for conquered  lands and questioned religions.

The Matthew shows us how we are poor no matter how rich we are. The cholera teaches us that the man has never fooled the nature in the race known as survival.Haiti is just a collateral damage, unfortunately.

3 thoughts on “CHOLERA IN MATTHEW’S TIME: HAITI AND RIVER OF TEARS”