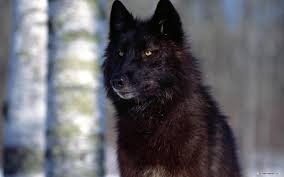 WHY THE WOLVES ARE ENDANGERED NOW

THAN THEY HAVE BEEN EVER BEFORE ?

“There is no justice, in this country, where men steal from the Earth, on a paper with pen.”

One name for all of them, united in pack, hidden in dark wood or killed by rifle of the men. The wolf. The most amazing wild animal, enough mysterious to inspire so many legends, sometimes cruel to keep people on distance and very often endangered and sent to the edge of existence. There where is a man, there is no any justice for the knights of the forest, for the wolves.

The wise Native Americans have been always deeply connected with the wolves and they have considered the spirit of the wolf as important in community:”Wolves figure prominently in the mythology of nearly every Native American tribe. In most Native cultures, Wolf is considered a medicine being associated with courage, strength, loyalty, and success at hunting. Like bears, wolves are considered closely related to humans by many North American tribes, and the origin stories of some Northwest Coast tribes, such as the Quileute and the Kwakiutl, tell of their first ancestors being transformed from wolves into men. In Shoshone mythology, Wolf plays the role of the noble Creator god, while in Anishinabe mythology a wolf character is the brother and true best friend of the culture hero. Among the Pueblo tribes, wolves are considered one of the six directional guardians, associated with the east and the color white. The Zunis carve stone wolf fetishes for protection, ascribing to them both healing and hunting powers.” Basically, that means that many native American tribes have wolf as  their own clan animal. For example,  the Cherokee’s Wolf Clan name is Aniwahya or Aniwaya but other tribes, depending where they are located, have another names and mythology. The common is the pure fascination with the meaning of wolf for the members of the tribe and their blessings. However, there were also those who linked wolves with witchcraft and demonic forces.

On the another side, the European heritage of wolf importance goes back to the Greek-Roman  tradition, when wolf was symbolized as the Sun God Apollo. She-wolf Lupa saved Romulus  and Remus so  we must not  forget the high role of Italian wolf for the modern Italian Republic.The Nordic mythology recognizes three malevolent wolves and Slavic old culture still comes out with the ideas about the were-wolf but Balkans people used wolf as a totem too  while Baltic people linked wolves with gods.Within the Celtic mythology, the wolf was a follower of  Cerridwen, the goddess  of Moon and fertility.

In Iranian books, the creature of wolf is usually matched with the evil spirit of Ahriman, known in Zoroastrianism. In Japan, there is a story about farmers who worshiped wolves, hoping they will keep them safe. Hindu religion also has the important place for wolves and Islamic do not give the mythological meaning to the wolves other than considering it as an animal and understanding  the symbolism of dreaming black wolf as a dealing with unjust enemy.

However we look on the wolves, we must admit they are one of the most influential animals in all cultures. If we draw the line among all different traditions and religions, the common treasure is definitely within the creature of the darkness and the messenger of the gods, wolf. The wolf’s portrait could be negative or positive but the admiration of the homo sapiens hasn’t expired for years. Unfortunately, that was not enough to control the natural borders between wolves and men, the greed of human beings was bigger than the biggest fear from the unknown howling wolf pack. We attacked them, we defeated them. They are struggling to survive. The Wolf. One story, unspoken pain and unseen misery of the animals which created so many myths in this mankind. 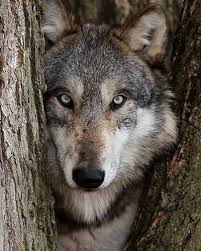 The US has started with the  elimination of the wolves already between  1850 and 1900 with so called bounty hunting. That is a special form of hunting for financial reward and it was exclusively connected with the call for total extinction of the wolf species. The main conflict is between farmers who have livestock and wolves who are hungry. That problem is old for decades and caused the facts that ranchers are dealing with wolves alone, killing them with no mercy.It is a governmental problem too. How to reduce the conflict potential between humans and wolves? The wolf conservationists warn that the number of wolves in the USA is going down while the farmers believe it is going up.It is just a matter of interests while the current powerful  anti-wolves lobbies in America have their own ways to regulate the problem, to eliminate it totally. However,  the fact is that the wolves are mainly protected from uncontrolled hunting in the USA and Canada and what zoologists are trying to do is to make projects so they would make big distance between human  and wolf habitat. The problem is occurring when those two are crossing the line of each others, like it is happening in Russia and Europe when it comes the hunting season. They all hunt for food, for meat and they are almost like competitors.

Unfortunately, the lack of regulations for wolf protection in Eastern Europe caused the high alert for extinction of wolves in that area, thanks to the paid hunters:“The wolf has been exterminated in most of Europe in the past four centuries. pockets of wolves survive in mountainous Spain, France, Italy, and forested Finland. The wolf population of Asia has been equally decimated, although substantial numbers remain in remote corners of the Middle East and on the Russian and Mongolian steppes.” Add to this negative European wolf statistic the future plan of Norway to kill 47 of 68 remained wolves, I am sure we will create the ecosystem imbalance of its own kind while the wolves are for more than 100 years very important for nature and its harmony. They are predators and cleaners and it is well known that they do not hunt in the area where the population of their prey is endangered, they simply move to another zone. The Norwegian idea about the shooting of 70% of wolf population, based on the concern of livestock security sounds like the biggest failure of environmental advocate number one in Europe. It is stated that almost 11,000 of free hunters applied for wolf shooting season and the governments still claims they will stop any kind of illegal wolf shooting. I believe that this step will be the dark letter in the book of Norway, which is already well known for the horrific slaughter of whales and so called whaling. If this country applies anti-wolves policy, it should be removed from any environmental endorsements.

The Obama Administration banned the aerial sport hunting of wolves in Alaska. That is the great step because this is totally the unethical practice which teaches humans to be more cruel against the nature.

The wolves and people can coexists together and respect each other areas without crossing the lines but there must be some ecological measures and standards to be set on. First of all, some requirements for humans to follow and to reduce the chances to meet the wolves and to have possible conflicts. The wolves also need large territory but people must be away from it and not trying to over populate it. Beside it, the ranchers have standards which they have to apply on their ranches and farms so they would be protected from potential wolf attack.

There is a way to help the wolves, support my own petition:

As long as we are united as humans we can save the wolves.At the end, we all die alone.

4 thoughts on “THE WOLF’S CODE:ALMOST GONE”

CHOLERA IN MATTHEW'S TIME: HAITI AND RIVER OF TEARS