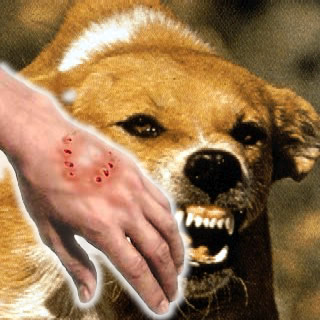 WE ARE MAD, INFECTED BY RABIES ARE ONLY SICK

Back in 1983, one horror novel was published under the name ” Rabies” and signed by famous Serbian author, Borislav Pekic. That was the outcome of his hard writing project on the fictional level but with the clear ideas of what would happen if one  aggressive and mutated  form of virus of Rabies turns the world into the new darkness. The story makes a collage of real lines from the Israeli-Palestinian conflicts and the tensions in cold war atmosphere but it highlights the danger of smuggled  infected puppy into the terminal of Heathrow Airport and the tragedy of spreading the virus easily like flu. The whole writer’s imagination presents us not only the  real strength of  this virus but also its   ability to be abused in potential conflict or to be something like a boomerang of the nature to the greedy civilization. The last point is his debate about man and super man, those who survive all.

In the age of constant new occurring infectious diseases, it seems that old good microbes are simply forgotten. The fact is that their evil face cannot be replaced over night by new invisible soldiers and that some of them will forever keep the portrait of demons from the shadows.No matter how far science goes, there are always those bugs which will be one step forward. This race will never be ended totally.

It is stated that rabies kills 160 people  every single day, one person dies of rabies every nine minutes. This black maths puts virus of rabies in one of the top 10 world’s deadliest viruses and gives us warning that this illness is not stuck in the past of undeveloped societies but in the present time of all of us. The rabies is a big enigma for medicine and serious threaten for global healthcare.

What is even more interesting when it comes to this viral infection is a worldwide accepted  ignorance about the objective power of the mentioned virus. The majority of the world’s population thinks only about the media dumped outbreaks of Ebola and Zika but they do not give attention to the silent killers which are among us for hundred years. Someone would think that we got used on the fact that people in Asia or Africa die from rabies in massive numbers while they arent able to have an appropriate medical treatment or they are not even educated enough to recognize problem and  ask for help. We are safe in our happy homes and we do not bother ourselves with the neighbor’s troubles. The old grudge of the mankind: someone’s else problem is always  far away enough. Like it is impossible that their problem becomes ours. One day. One night. Who is mad and who is sick here? Rabies doesnt pick the poor or weak, rabies picks everyone, everywhere. The virus has no sense for corruption, the virus is an enemy to all. At least, equality works perfectly with molecular  killing.

The WHO classified rabies as an Neglected Tropical Disease because this viral disease has no deserved attention in spite of fact that is 99,9% fatal. It means that only really lucky patients survive the virus bite but almost anyone who is infected will die. There is no cure but it is preventable through the rational medical and sanitarian standards applicable on the local level. Even if the patient is infected, when the vaccine is available on time, the life could be saved but that is not the case in the  developing countries where children under 15 years old are dying in their poor rooms, not being able to have the  hospital care.

The enigmatic nature of this virus keeps the disease out of daily global discussions about the deadliest viral transmissions. However, it doesn’t change its precious destroying  structure and capacity to turn life into death:“According to the US Centers for Disease Control and Prevention ,the first symptoms of rabies may be very similar to those of the flu including general weakness or discomfort, fever, or headache. These symptoms may last for days.At this point, a patient may start treating that flu, but unfortunately, this won’t be enough.What makes rabies different than other viruses is that it doesn’t use the blood stream to help it spread its infection cell-by-cell. Instead, it grabs the first nerve it can  and climbs the human nervous system like a ladder (progress is estimated to be about 1 to 2 cm a day) until it finds its way into the brain. It can only be transmitted via the saliva of a rabid animal bite, and its progression can be halted if a vaccine is administered soon after a victim is bit. However, once the virus reaches the brain..the virus drives its victim mad with discomfort, insomnia, cerebral dysfunction, delirium, and fits of rage to the point that they seem inhuman.From the viruses prospective, it’s trying to drive it’s host to be more aggressive so that they bite somebody else and spreads more virus”

The first reservoir of rabies are definitely bats but the possibility for humans to be bitten by bats is less than to be infected by infected domestic dogs. That is the main reason why immunization of domestic animals was one of the most important healthcare decisions in the developed countries. The rabies vaccine has its side effects which arent so popular but at least it saves lives. The main problem now in rich countries is uncontrolled infection chain of rabies in the wildlife. Based on CDC annual report, more than 90% of cases are recorded in the US wildlife and only 10% are coming from the domestic animals. The policy of immunization of pets for every 3 years has brought a lot of success in America but it is still a big demand for poor regions like those in Asia or Africa.

In the meantime Philippines has a public health problem with the epidemic of rabies. This country is one of 10 which are deadly hit by virus of rabies. Every year, almost 300 people die because of this infection and the WHO is trying to send medical help and equipment for local medical points. The lack of infrastructure in Philippines and the high level of poverty make things worse. There are a lot of stray dogs which are often in direct contact with wildlife and many of them are infected. They bring virus to the populated areas and first victims are always children. Parents are not financially ready to travel so long to bring sick child to the doctor for a treatment and even if they do, the local doctors do not have always medical support and they are not able to offer the adequate help. This is how the magic circle of human suffering becomes bigger and more devastating. 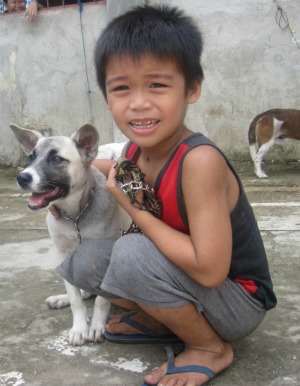 The month of September has been always taken as the month of Rabies and international healthcare officers usually meet each others each year to discuss what should be done regarding this negative trend. Their new strategy to eliminate human rabies under the name “The time is now” suggests us that this kind of global decisions need also political launching. The WHO and The World Organization for Animal health agreed to work actively in all fields to stop this illness by 2030. Maybe it sounds too much optimistic but this is a sign that the whole world must be united against this viral danger or it will fail as the animal which has never understood the three of knowledge.This was the final sentence in Borislav Pekic novel “Rabies”, when he debated if man is ready to become super man and to finally defeat the hydrophobia, the disease, the virus. 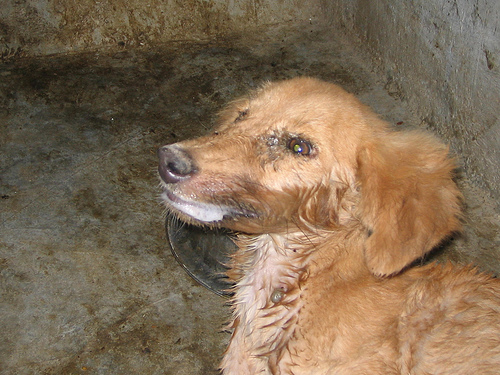 CHOLERA IN MATTHEW'S TIME: HAITI AND RIVER OF TEARS

THE JERUSALEM SYNDROME-LIFE THROUGH THE MADNESS OF ETERNITY