IS IT SO  HARD TO LEAVE ALLAH AND TO BELIEVE IN KAFIR’S GOD ?

“…The Prophet said, ‘If somebody (a Muslim) discards his religion, kill him.’ “

“The Messenger of Allah said, “If someone changes his religion – then strike off his head.”

Many  different studies about the Holy Book of Islam show us that the Qur’an is probably the most complicated religious book to be analyzed, interpreted and understood. The main reason for it is a fact that this sacred book is written in very vague way and it doesn’t let us get to the core, to unveil the final meaning, without being trapped into the islamophobia. Why? Because as far as we try to learn about the Qur’an and to make it clear for us  known as infidels, we are becoming  aware that  is more military doctrine hidden among faith declarations than a real  religious philosophy.

Many scholars who are researching Islam and its controversial elements agree about one thing: apostasy in Islam is the deepest topic, which bring fear into the hearts of those who are ex-Muslims and of those who intensive think of leaving Islam.  Religion should be a free choice and it is only up to person what kind of religion he-she will choose and why. I am also against the “super market religion sympathies ” – buying and selling a religion taste like a product on the market. Religion’s feeling is a state of soul and mind, it should be highly respected as an integral part of  one free individual in  one free society. Any oppression of these rights leads us to the darkness of human rights and violations of liberal and civil fundamentals.

Unfortunately, this applies to  almost all monotheist religions but not to Islam. Islam has a specific issue with the freedom of choice and especially with apostasy question. Once when you are in Islam, you are stuck in Islam forever or if you try to treat Islam like a religion of choice and not as a religion of your destiny, you will open the death chapter in your life. There are so many others who wont tolerate your “free choice policy” and who will deal with you in some  ways, borrowed from scary movies.

Apostasy in Islam ( Arabic word is riddah  : ردة‎) is described as conscious abandonment of Islam  by Muslim, born and raised in Muslim family and who has already practiced Islam, in words and in deeds. This term also covers the converting to another religion, which is considered as the highest sin in Islamic religion. The history of Islamic world is a full of harsh legal punishments for those who voluntarily left Islam and found themselves in atheism or in some of the rest 3 religions. The pictures of death penalty for those brave minds who wanted to “try something else” are following all documents about the apostasy in Islam and its consequences. We would think that barbarian treat of ex-Muslims will remain the part of ancient civilizations but it seems that nowadays, with this rapid militarization of Islam and its extreme base, the terror becomes describable. It is interesting that in modern times, offering death penalty for leaving of religion, sounds like a trip back to the past, to the Prophet Mohammed ages, where everything what opposed Islam was colored by blood and suffer and the most frightening moment is that Qur’an actually doesn’t give specific solution for apostasy :”Traditional Islamic law prescribes the penalty of death for a Muslim who commits apostasy. The punishment is not stated in the Quran, but is said to be based on certain Hadith. The advocates and the opponents of the said penalty have, in their attempt to find Quranic support for their views, appealed to certain Quranic verses, but the fact is that none of the arguments offered do full justice to the Quranic context …” However, the group of fanatical Islamic theologians are apologetic about this subject and believe in importance of  Prophet Mohammed’s words about killing those who turn their backs to Allah. The apostasy is an old problem and it is still solved by old methods, primitive ideas from the beginning of the civilization.

Muslims who live on the West  are aware of this and some are  ashamed too,  trying  to find excuses for such a kind of radicalism. I like always to think about the destinies of Muslim people who converted into Christianity or Judaism, or who simply left Islam for atheism by itself .Their braveness must be respected. It is not our liberal West, so we can be whoever we want and however we want. It is Islamic world and freedom there has dark meaning. Even if they are western Muslims, they are still afraid of other western Muslims who will take justice of Prophet in their own hands. Some of them are telling that decisions of leaving Islam came after so many years of being poisoned with faked  Islamic morality:“Lot of people have left Islam just because of this crap hell and heaven fantasy of Islam. First of all Islam’s concept of God is like a medieval master-slave relationship. God’s behavior and character is almost like middle age king, who will give you reward if He is pleased, or it will burn you if not.The words even Islamic preachers using are “Slave”,”Master”, “Reward” etc. So all these indicate how Islamic concept of God was formed.”Former Muslims will tell you that they never understood why the first sin in Islam is worshiping other God (shirk) and on the second place is killing. This parallel with Christianity don’t let us think so much. Allah sounds always like some dark God who is always angry at his children. The concept of Muslim community is made based on that model. The man, father is always one who controls all and who is angry all the time. I risk to be offended for generalization and I must add that for sure there are Muslim people who are not following this principle, but they only belong to Muslim community but not to the core of Islamic religion admiration. 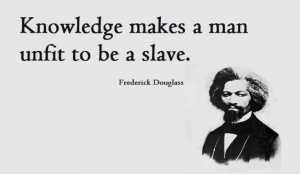 The statistic also says that many western people convert to Islam and that is a credo of islamic propaganda. But, we should open the case and admit that even 75% of those who convert, the case study of the UK, become apostates.  Here is the story of one apostate:“Other ex-Muslims, however, paint a slightly brighter picture of the religion. Goran Miljević, 19, from London, converted in 2010 after being kicked out of college. ‘Converting to Islam was somewhere I could belong, a brotherhood, somewhere you can go where you’re listened to and supported,’ he says.Miljević comes from a Serbian Christian family and when he converted, his parents were angry. ‘My father thought I was joking. I slept at the Mosque for a couple of nights because my parents were so upset with me. If I wasn’t so young, my parents would have kicked me out the house,’ he says.’I was really practicing at one point, proper hard core. But what I realized is that you can’t be a convert and be moderate, you have to be extreme because that’s how you distinguish yourself,’ he says.However, after three months of being a Muslim and feeling the disapproval from his family, Miljević realized Islam wasn’t for him. ‘Even though I left the faith, I know Islam isn’t what people think. I will even correct people who think of Islam in a certain negative way. It’s a good religion but at the end of the day, religion is politics. People like bin Laden and Anjem Choudary use the religion to stir people and make them do things,’ he says.” There are many stories like this and similar to this story. Many of them aren’t so positive ended. Serkan Engin, ex-Muslim and now atheist writes the following: “You have heard many times that “Islam is a tolerant religion”. That is the biggest lie that you can hear all over the World, and this lie is used as a mask to hide the terrible face of Islam. There is NO difference between Islam and Islamism. This is the main error that the modern world make about Islam. There are not different forms as Islam and Islamism, they are the same thing, and they have the same content. This separation is just only an illusion, and it is used by Muslims to hide the brutal, hateful, oppressive,murderous, genocidal face of Islam. ” He believes that Islam is worse than nacism. Others claim that they were in darkness before they left Islam Some of them we don’t hear.They are punished or they are silent and afraid to not be punished. I think that there are 2 types of ex-Muslims: 1. eagles – they are loud and brave and opened. Their make a business of their leaving of Islam and they live good; 2. chickens- they did that but they are so afraid of consequences that their new freedom is more like a self made jail. I don’t judge anyone here, I am commenting that religion should be free choice, one of many and shouldn’t be exploited as an instrument of ruling and tyranny. I don’t recognize such a kind of religion. I don’t need such a kind of religion  and I strongly believe that God loves us all, just the way we are.Allah will never change it.

One thought on “APOSTASY IN ISLAM-ONLY DEAD MUSLIM CAN LEAVE ISLAM?”

ZIKA VIRUS-HOW FAR IT COULD GO?

ROMEO JIHAD- YOU CONVERT TO ISLAM BECAUSE YOU ARE IN LOVE