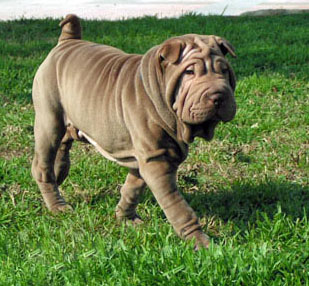 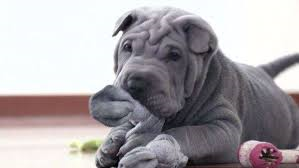 There is no an ideal dog but there is no an ideal owner too. The heart of dog is big and warm, ready to protect the chosen one. That is why the harmony between dog and owner is so important because not every dog is for everyone. People have to wander and wonder what kind of dog is created for them and the way they live, which type of personality fits them well. In any other case, they will end up with wrong dog and the dog will end up lost and alone. 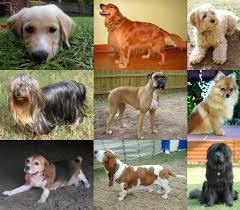 How we will know that we have found our dog? It will be simply to recognize it. The dog will reply to our inner needs, unspoken thoughts and sensitivity. The right dog will find his owner, somehow and somewhere. That is the destiny of dogs, to give us hope that we aren’t without true friends.

I have seen Chinese Shar-Pei some years ago and I believed it was Mastiff. Then I asked the proud owner about Mastiff and introduced myself, for the first time to the wrinkled face of stubborn dog, known as Chinese Shar-Pei, the dog that manages to find that tiny border between being loyal and being friendly. In spite of facts that this breed has been recognized by American Kennel Club as the 134th dog race, Shar-Pei exists for hundreds of years. It is actually created as protective and hunting dog but in the last years, Shar-Pei melts people with his sand skin and calm nature. Far away from Chinese warrior fields, this free spirit canine enjoys his life in the comfort zone of the modern pets. He has very interesting cocktail of characteristics that go from being bold, independent through the stages of sweet, and adorable to the extreme challenging working dog. According to the remarks of dog experts, this breed is not for people who can’t solve the alpha approach of their dogs:” They are independent and willful dogs, but when exposed to confident, consistent leadership are respectful companions and clean housemates. Their ever-present scowl coupled with their alert nature, makes them an imposing looking guard dog. The Shar-Pei’s tendency toward independence them good companions for single people or working families with older children. They do not require much attention or exercise to keep them happy, and can entertain themselves with lots of chew toys or sun to bathe in. The main ingredient needed when training a Shar-Pei is patience. They are willful creatures who don’t like to be told what to do, and they naturally assume they are in charge. Consistency, positive reinforcement and lots of treats will garner response from a Shar-Pei, but only when he’s ready to respond. This breed is not for the first-time owner, and even experienced owners have confessed to finding working with a Shar-Pei a challenge.” 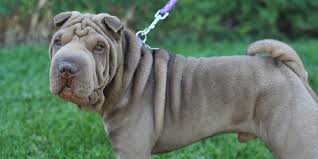 Shar-Pei could be very easy for his dog owner since he is a very clean dog that does not suffer from lack of attention and doesn’t turn the life of the busy owner into the new hell. However, this race has its own disadvantages that usually come from the ground of failed socialization. We must not forget that this breed has been used for guarding the properties and for pit fights so the tiny piece of aggression is still buried under the unique sand skin, in wild genes of Chinese dragon. Shar-Pei does not forgive the weak leader and will try all to be dominant. The alpha DNA could color this dog into the walking nightmare that seeks conflicts with another people or animals but only if early training and adequate socialization is missing. The natural habit of this dog is to protect and he will protect always the house and his people from the strangers. The problem is to learn puppy how to make distinction between welcomed visitor and unwelcome stranger, or we will have a risk to deal with the aggressive dog that experience the bad temper and uncontrolled behavior. The recommendation is to start early with puppy training and involving in the social interactions with other people and pets. Keeping this dog outside the social activities that include more people and even children, could cause the severe problems in the future. The dog will develop strong protective instinct fed on his dominant nature and will not hesitate to draw the line between respect and control. Shar-Pei is not a right dog for families with small children, used to get all what they want. He will definitely teach the hyperactive child how to behave and that will produce a stress in the targeted family. 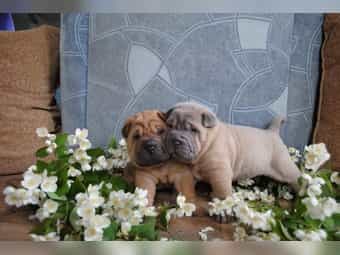 Unfortunately, the health picture of this breed is sad since the structure of dog is a bit deformed and that influenced the problems with kidneys, bacterial infections of the skin and eyes diseases. If we add to it the costs of veterinary care, having Shar-Pei sounds like a luxury. 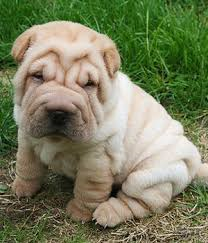 What is very important is to keep in mind that the right breeder is necessary. The price of this breed is normally very high but many try to earn money on puppy meals and they produce dogs like in a factory, selling them for small amount of money, spreading the seed of chaos for future owners. If we take a dog from cheap and unknown breeder, we will never be sure what to expect from our dog and how advanced will be his health profile. The certificated breeders offer key answers and instructions, basic ground of positive Shar-Pei development. Before you decide to welcome one cute hippopotamus in your own house, make sure that this breed is legal in the state you live in, since there are places that are banned this race, justifying with his level of aggression. 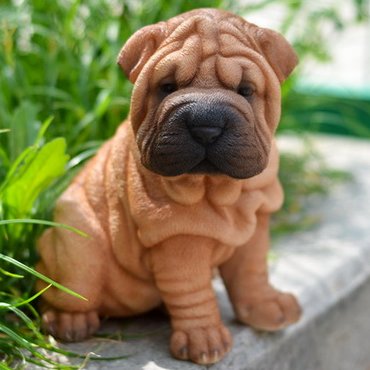 Some researchers have found this dog in the historical evidences about Han Dynasty and there were notes created by Marco Polo that describe this race and probably Chow Chow too. It was written that one man saved the destiny of Shar-Pei in anti-dog restrictions in China. Matgo Law was an owner of Down-Home Kennels in Hong Kong and he had a fear that lovely wrinkled face will be wiped out from the Earth in the age of tensions. He asked world to help those dogs and to accept them into the book of world dog races. After the magazine LIFE has started campaign in 1979, the Shar-Pei has launched into the 57th most popular dog race in the USA. The dream of Herr Law has been realized. The sand skin managed to survive and to touch our hearts for eternity, bringing the fresh air of Chinese mystical land.

THE DYING OF BLUE HEART: OCEANS LOSE THE BATTLE WITH POLLUTIONS