IF WE DON’T CHANGE US, THE PLANET WILL BE CHANGED FOREVER 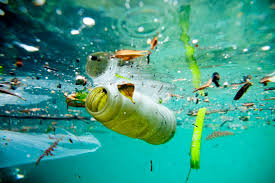 I believe we are touching the last untouchable resorts of this beautiful Planet. This river of distraction, caused by greed of human race, has turned the whole reality into the last chapter of tragedy. The pain is shared everywhere and felt by everybody but nobody is doing something to stop it, nobody is enough brave to question the loyalty to the lunacy. 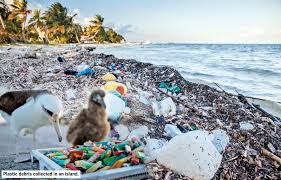 The ecological image of this world is terrible. The people keep killing the nature and wildlife without any regret and even if they show some kind of concern for the future of Planet, it is usually wrapped into different interests and marketing goals. There is no honest intension among global leaders to revise the current ecological policy and to implement new standards of protection and preventive actions. The world is dying and we are applauding.

The last shocking news come from the water field. The blue heart of the Earth is polluted and it seems we still believe that ocean water is the cleanest water ever and that marine biodiversity is not really endangered. The purpose of the ocean, as the largest ecosystem on our sphere, is to regulate the changes and the variability in climate system, to empower the global economy, nutrition and underwater population. Unfortunately, due to the unlimited growth of human population, the pressure on the limited natural resources has brought the issue of pollution on the main table of the ocean science. The ocean is dying and we are not aware of it. Some of us do not live nearby oceans; others have never been concerned about oceans. Rare have nightmares about the future of this sad, once used to be blue and green planet.

The World Ocean day is considered to be on June 8, each year. This means that on this day, the global population think blue and move in the rhythm of waves, but only because they have been told so. The big brother has delivered the message and the global action of awareness is approved. Now, we can all pretend to understand why the 80% of ocean population is in the struggle for existence, without a real chance to survive. If we forget about pollution that we have caused by our industrial terror, then we can recall the memories on annual ceremonies that worship sacrifice of animals in the name of some Gods. For me as an agnostic, that is a sign of humankind regression and celebration of underground Gods, absence of common sense and failure of homo sapiens.

According to latest reports, the pollution in oceans is getting the red alert:” About eight million tonnes of plastic waste are dumped into the world’s oceans every year, the equivalent of one garbage truck of plastic being tipped into the sea every minute of every day. More than half comes from five Asian countries: China, Indonesia, the Philippines, Thailand and Vietnam. They are among the fastest growing economies in Asia, where much of the world’s plastic is produced, consumed and discarded – most of it improperly in countries where waste management is at best patchy.” This problem will have a big impact on the marine life in the near future. The scariest picture was the whale that has been found dead only because he has consumed the plastic trash from humans. The problem is that new growing economies in Asia have no regulated residual waste system and that ends up with the lots of rubbish collection delivered in seas and oceans. The plastic industry is booming and there is no big philosophy about its horrible influence on the ocean biodiversity and its prosperity: „At the current rate of dumping, the total amount of plastic trash in the world’s oceans is expected to double to 250 million tonnes by 2025, according to Ocean Conservancy.That means there could be more plastic than fish in the world’s seas by 2050 if the nothing is done to turn the tide.”

The G7 summit this year has been held in Charlevoix, Canada and the main topic was security and environmental policy. The most powerful states, leading by the USA, Canada, the UK, Germany, France, Italy and Japan. The global players agreed to put efforts on solving the disputable questions in international politics and to give contribution in addressing the burning issues of the global ocean pollution and saving of water resources and marine biology.

The scientists are warning that the ocean is losing its oxygen. The global warming and pollution have caused the increase of the water temperature and reducing the level of oxygen, which is crucial for prosperity of underwater life. In those conditions, the bloom of algae will affect the decline of other important microorganism and water creatures. Based on the research of the German oceanographer Sunke Schmidtko, the Earth oceans had lost about 2% of their oxygen since 1960 and only due to the exploiting activity of people. This fact will determine the destiny of many species on the sphere, deciding about the dark portray of mass extinction.

I believe that the current waves in international ecological policy cannot really save the beauty of ocean waves. It must be a real devotion to the common goal of blue agenda of protection. It is not enough to promise that something will be done and then keep doing things against nature and wildlife. We are supposed to be the most intelligent race and to take care of other living forms, at least not to harm them. Nevertheless, we replaced our guardian role by executor role, opening the inferno itself.

The new developing countries have to take responsibility for their aggravating economies and to accept the measures for sustainable development. This will include more rational access to the natural and water resources and to the importance of animal world. Without oceans and marine biodiversity, we will be damned as the race that has never learnt how to behave responsible.

The marvelous oceans and their residents are not there to serve us but to serve the whole Earth. The only way out from this ecological hell is to accept that we are not the masters of the colony and that we have no rights to destroy what has never been ours. The final reply of the Earth could be deadly for all. 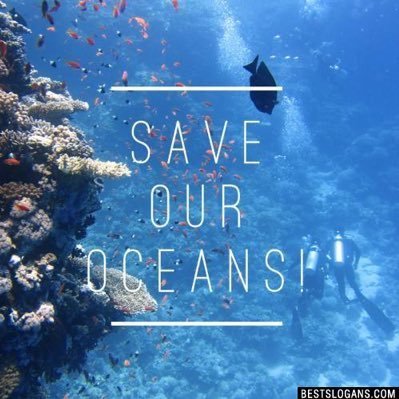 2 thoughts on “THE DYING OF BLUE HEART: OCEANS LOSE THE BATTLE WITH POLLUTIONS”

KITUM CAVE: THE DEPTH OF DEATH