America has some of the best colleges and universities in the world but they are infected with the virus of social madness, called Greek Letter Organization. So many movies have described the danger of Greek life culture in American campus and especially the dark side of gathering into the fraternity or sorority. It is not about students being integrated but about students being abused for the purpose of the few leaders that dictate the rhythm of the University. If you have a bad luck, your university time could be a real hell, only because some popular rugby player Mark or beautiful cheerleader Susanne think you are a geek. The Greek order of American universities and colleges is something like institution. Since the moment you are accepted by University, you will have to deal with influences of social groups that exist in that University, particularly with the Greek organizations, known to be without mercy for new students.

The American Greek life has been researched by psychologists and sociologists as an unique phenomena of disordered social gathering, under the cover of sweet unity of students. For years, the fraternity or sorority organizations have been known in public as malicious because of their dangerous hazing rituals or initiation rituals.

The history of those Greek Letter Organizations has started with the College of William & Mary in 1775, through the secret society named Phi Beta Kappa: „This secret society was involved in secret dining clubs and elite literary societies, and, eventually, expanded to other colleges around the U.S. In the decades that followed, other fraternities (and, after a while, sororities) formed that were not as secretive, creating tight-knit groups of students participating in several kinds of outreach programmes, networking opportunities, and team exercises. Keeping with tradition with Phi Betta Kappa, fraternities and sororities around the U.S. continued to name themselves after letters in the Greek alphabet; today, these are nationally-known organisations called Greek Letter Organisations (GLO).”

Those brotherhoods or sisterhoods are not only there to promote student collaboration or education opportunities but also to challenge the loyalty of the members and the ambitions of potential members. They are organizing hazing rituals or initiation practices that often lead to humiliation of the interested students and sometimes results with big violation and even death. The black imagination of some fraternities and sororities go to the point that abusive scenes and rituals end up on the cover page of media, claiming that underground campus life is horror for innocent. Many campuses around the U.S., therefore have banned hazing rituals of any kind, trying to protect the student safety but the shadow of sick fraternity and sorority subculture is still there, attracting the weak to come in inferno.

The problem with those types of student associations is not the violence itself but the secret gathering, without official control, that usually leads to manipulative patterns of actions and reactions. Sometimes the underground organized brotherhoods and sisterhoods are almost like a magic hook for new students that have a desire to be popular, to fit in. That is the root of all incidents because they do not recognize the limits of their membership and they are ready themselves to cross the line and do irrational things to pass the final test and be accepted among the popular pack. The lone wolf at University is always the one that suffers, being condemned as loser and terrorized as the individual. Actually, the fear of being refused by social groups and being labeled as nobody is the main motion for many students to jump into the swamp full of crocodiles and to try to swim. That is the ground for Greek life to exist and to survive through the generations. The unrecognized fraternity and sorority is a way worse due to the lack of possibility to be under monitoring. It simply abuses the cracks in University freedom and students are attracted to everything what is secret or even banned. The gruesome images of students being humiliated, injured or harassed are the part of the university evil folklore. It is almost like an urban legend to be the part of Greek Letter Organizations or to be punished as the outsider. 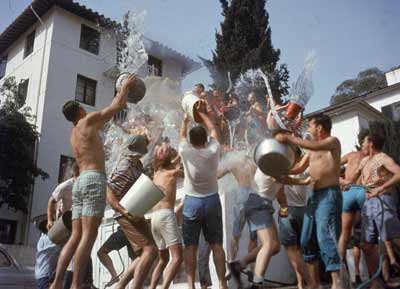 The malicious ideas for initiation process come from wrong leaders and young sociopaths that hide themselves behind the popularity and fame. They make their own aura and turn the students into the slaves. There is always a tight core of the underground fraternity or sorority that consists of the alpha and their favorite members or at least those who passed all tests of loyalty. The dream of the applicants is not only to be accepted as the ordinary members but also to be close to the leader. For all of those phases, the brutality of hazing rituals directs the road. What does it mean? It means that as the thing is scariest, the initiation process is more interesting. In 2017, the LSU Police Department arrested 10 members of the Phi Delta Theta fraternity on hazing charges. They have been responsible for the death of 18-year-old pledge Maxwell Gruver who has been forced to do terrible ritual known as Bible Study and based on the writing of media:” During the ritual, pledges were covered in hot sauce and mustard, and made to face the wall. They had to answer questions about the fraternity, and if they answered incorrectly, drink 190-proof liquor. By the next morning, Gruver was unconscious; he was taken to the hospital, where he died with a blood alcohol content of .495” The other creepy ceremonies go from eating raw liver, drinking detergent or urine, alcohol poisoning, paddling, eating feces or simply being naked exposed in the front of brotherhood or sisterhood, while they are commenting the parts of the body that need to be fixed. This is all very humiliating and make the serious problems for the young person to accept him or herself just the way he or she is. Beside it, this is dangerous and deadly if the ritual is touching the edges of life and death.

According to confessions of some fraternity and sorority members, 77% of them know someone or they have been themselves the victims of hazing rituals. This is alarming for many universities that have proclaimed the fight against hazing rituals and underground gathering of expelled social groups. The statistics has confirmed that in the period from 1961 to 2017, has been at least one death a year, related to hazing games in America. 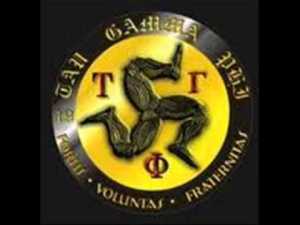 The brotherhoods are known for horror practice while the sisterhoods are known for abuse of female members and the violation of their rights through the sexual exposing and mental torture. All fellowships that share the passion for misuse of students are dark gatherings with no health social impact and influence. Their role at University must be limited and controlled by the responsible authorities and their hazing attempts must be punished. The first step is to demystify the meaning of Greek Letter Organizations. They exist for the benefits of students and students don’t exists for the benefits of those societies. They are there to promote the quality of student life and not the bestiality and aggression. Every student has to be informed about the potential fraternities and sororities at the University he or she will attend. The real and healthy student organizations stand up for unity and mutual respect while the troublemaking cults try to play on fear and agony and students should be aware of theater that is happening behind the closed doors of prominent University. The Universities must also take care of student mental and physical wellbeing and to empower the individual strength instead of encouraging the wrong worshipping of disfigured and psychopaths collectives. There should be no alpha and omega in student alphabet of happiness; there should be the letters of respect, ambitions and progress. Everything else is just a bad makeup, wasting of reality, glorifying of evil. The University life is precious period and must be cherished only as a good and productive memory.

STOP THE DARK FELLOWSHIPS AT THE UNIVERSITIES; COMBAT THE EVIL FRATERNITIES AND SORORITIES!

THE MOTHMAN: CREATURE OF DISASTERS OR IMAGINATION OF FOKLORE?

SLEEP PARALYSIS: FRIGHTENING FEELING BETWEEN SLEEPING AND BEING AWAKE