THE RED GLOWING EYES AND TRAGIC EVENTS AROUND THE WORLD

“We make our own monsters, then fear them for what they show us about ourselves.”

I can still remember the day when I refused to sleep in my bed because I believed that some bad creature is under my bed, waiting to grab me when the darkness comes. I was only four and that doesn’t help me to smuggle into the parents room, since they didn’t believe in monsters. My mother told me that only demons we should ever be afraid of are those hidden within us, as the parts of the soul that will never be forgotten. She was talking about human madness that is more dangerous as the scariest demon from the hell. I realized that 20 years later, when I faced up with the people who can make devil be ashamed. It took me a lot of time to separate myths from reality and to learn that the most frightful thing on the earth is actually only human being. Everything else is imagined, almost like a cover for men´s road full of sins and mistakes.

The humankind has a talent for creating tales about evil as if the evil is something that we have never been born to commit. It is always something else that provokes us and turns our peaceful nature into the killing and bloodthirsty machinery. The best solution is to blame a devil for all tragedies we have indicated from the early beginning. That man in black, creepy fallen angel or beast with an Agenda is responsible for every single mistake of perfect God´s children. The religions feed themselves on beliefs of the weak, building their temples in gold, pretending to be the army against Satan but doing nothing more than taking care of own interests, appointed in money, positions and power. At the end of the day, people fight with demons about the same things.

In spite of all, I love legends because they show me the rich cultural and anthropological heritage of the human race. I love the task of demystifying the myths, showing how they are made for purpose to hide the factual things, those that we do not want to see and to accept. The myths are there to let us believe that the world has sides and that we must pick up one. I guess the only thing we need to accept is that myths are nice designed lies, based on the popular psychology of modern tribe. One who controls the mind is one who controls the pulse of the world, the one who has a power. The myths are fake but the power is always realistic. 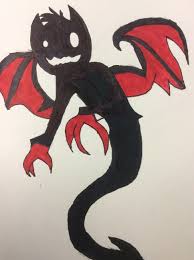 Have you ever heard for the creature called The Mothman? Yes, it is the same one that has been described in the popular movie with Richard Gere, “The Mothman Prophecies”, 2002, based on the John Keel´s book from 1975. The mystical supernatural being has been seen in the Point Pleasant area in the period between 1966 and 1967 and according to records, people have the similar idea about him:”Often described as a humanoid figure, around seven feet tall with a massive wingspan and hypnotic glowing red eyes, the creature of legend known as the Mothman seems to be connected to tragic events. Across the world, witnesses claim to have seen a creature of this description, with sightings becoming more frequent in the days leading up to horrific events. Two bridge collapses, the Chernobyl Disaster, and even the 911 terrorist attacks were all allegedly preceded by Mothman sightings.What is the Mothman? Could it be a cryptid like Bigfoot or something otherworldly, perhaps extraterrestrial in origin? Reports of strange lights in the sky, an unnerving humming sound, and electrical interference have all been tied to Mothman sightings. Many have asked about this creature’s possible motives. Could it been causing these disasters or should its presence be considered a warning of what’s to come? Like any good harbinger of doom, the Mothman possesses a bloodcurdling shriek that’s been known to make those who hear it experience nausea and vertigo.” 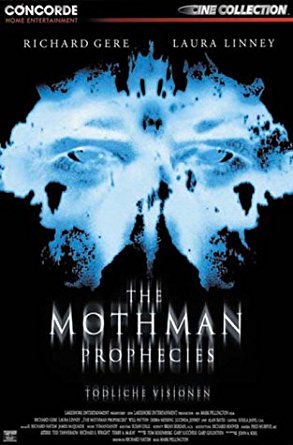 The Mothman is the crucial element of the West Virginian folklore and triggered the fear among the locals that believe that this strange creature comes with dark predictions. This is a result of the public discomfort regarding the collapse of the Silver Bridge back in 1967 and death of 46 people and claims that mysterious monster was exactly over there at the moment of catastrophe. The scientists have tried to confront the primitive stories with the true-based explanations. Some told that public is hiding its own lunacy and criminal behavior behind the imagined beast while the wildlife biologists have written that there are many reasonable thoughts to believe that the Mothman could be a rare animal, like the Sandhill crane or owl in hunting. In the universe of shadows, the ancient fear of people could eat up the common sense and create the angry demons that attract apocalypse.

The main question is if the Mothman tries to warn people about the coming disasters or to put them in the chaos of survival? If we think of the events in Freiburg, Germany, back in 1978, there are evidences of the Mothman who saved lives of miners and has been described as “Freiburg Shrieker” with red glowing eyes. Some people reported seeing man-dragon around the Fukushima, probably warning about the following earthquake. Nevertheless, the majority of people believe that the Mothman is related to the evil forces or even to the alien civilization that comes to abduct Earth residents and make experiments on them. I must admit that the most intriguing thing is the collapse of I-35W Bridge in Minneapolis, Minnesota, in August of 2007, only one month after the legendary creature has been seen around the site. The mentioned bridge has been opened for use in the same year when the Silver Bridge has been broken. 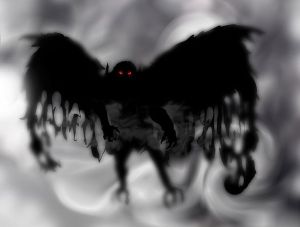 What is the Mothman? I am sure that the Mothman is a perfect emanation of people deepest fears and nightmares about the fragile lives they lead. The American folklore, signed by West Virginian appetite for demonology has invented the sinister tourist hook for the weakest chains of our society. It is so easy for human beings to be manipulated and opinionated to stand up for the mythological explanations instead of trying to understand the social order as the area for struggle for power. Everything that happens nowadays is just a result of the ignorant behavior of human race. There are no demons and evil monsters that lurk on us from the dark corners. It is all about us and how we continually shape ourselves into the real monsters, from flesh and blood, ready to jump and to eat up the enemy. The Mothman is just a good excuse for our own cruelness, weakness or illness, the bad boy in the world full of “good” people. 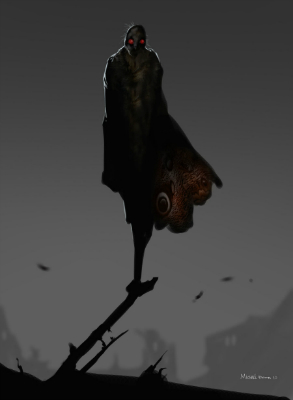 4 thoughts on “THE MOTHMAN: CREATURE OF DISASTERS OR IMAGINATION OF FOKLORE?”