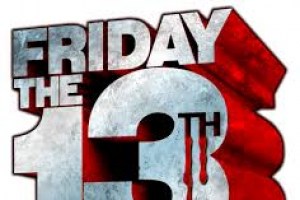 WHAT IS SO SPECIAL ABOUT FRIDAY THE 13TH?

“I don’t care if it is Friday the 13th. I am happy it’s finally Friday”

People are usually very happy on Friday. Even modern psychology confirmed the positive influence of Friday on the working population. It is the end of the working week, time for relaxing and for good vibes. As we are all servants of the survival economic system, the promises of weekend seem the most optimistic exactly on Friday, when we think we have the eternal time to enjoy in.

Nevertheless, there is only one Friday that is not beloved, known as Friday the 13th and defined as unlucky day in Western history of superstition. The 13th day of the month in the Gregorian calendar   that falls on Friday does not happen oft, usually once every year or up to three times a year. So rare but so sinister Friday for many people who find they are attached to ancient mythological beliefs or urban legends. 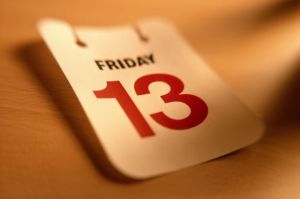 The researchers have no united opinion about the origins of this urban myth. Some of them think that the idea of bad Friday comes from the late 19th century and they relate it with the death of Italian composer Gioachino Rossini who died on Friday 13th. When American businessperson Thomas Lawson wrote his book in 1907, Friday the Thirteenth, there were many new ideas to fuel the public aversion towards this day and date. The whole story could be also linked to the religious meaning of Jesus suffering on Friday and his 13 guests at the Last Supper. One historian claimed that the real birth of Friday 13th as a dark day should be in 1307, on the Friday 13th the French king Philip IV gave the orders to arrest hundreds members of Knights Templar.

The fear based on the belief that something bad will definitely happen on Friday the 13th has its own medical name and professional designed term for phobia: PARASKEVIDEKATRIAPHOBIA. The number 13 itself is enough scary for so many people and when it is merged with Friday, it is labeled to be one very bad day, in spite of fact that nothing really bad is that cannot happen on any other day. 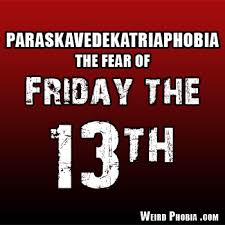 Nobody has a real evidence that the bad things are happening more on this day than on any other day but Hollywood imagination and media tabloid brainwashing do not give the break to the people. It is everywhere the reminder that the bad things are on the road, just because of Friday the 13th. As if it does not come the weekend after, like the world is dying on that day. No matter how people are progressed and educated, they fall into the traps of superstition and illogical mental frameworks. We just have to look on the lack of business cooperation or air plane circulations on every Friday the 13th. It is almost an extreme reminder that on unlucky day, unlucky people decide to be unluckier. One psychologist even wrote that the phobia from Friday the 13th goes so far that some individuals make specific plans for the whole year, calculating when they will stay out of any risk on that bad day. The air companies know the best the tragedy of this urban legend so those who cancel their trips as well as those who postpone their weddings or even childbirths.

Why some people are behaving so compulsive about this day? Because they really believe that, the evil spirit of 13th day of month, which is on Friday, will come and get them. They have almost panic attacks and they choose to oversleep this day or to stay at house, hoping for Saturday 14th to be faster.

This hysteria is not shared by all cultures. In Italy, for example, it is believed that Friday the 17th is a real bad day while the countries with Spanish background show the high level of obsession with Friday as the unlucky day. That is very surprising since they are all strong based on Catholicism but as always, the religion and occultism could go very well together. 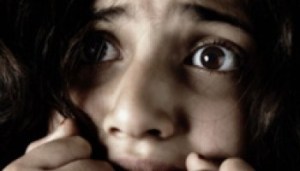 The problem is not just this day as the movie horror industry that has promoted the illogical fear from Friday the 13th, through the scary movies that follow the genesis of sinister forces. The most popular character of the popular movie about Friday the 13th is Jason Voorhees. He is a fictional serial killer that finds his victims only on that special, bloody day. Jason was one deformed child that has developed the dark personality and according to directors of this movie, that was the hit point of the story: human madness, fear from unknown and illusion that dangerous things only happen on Friday the 13th.

There are numerous reports that in spite of all bad expectations, Friday the 13th has no so many terrible stories to bring with: ”Another study by The Dutch Centre for Insurance Statistics (CVS) concluded, however, in 2008 that ‘fewer accidents and reports of fire and theft occur when the 13th of the month falls on a Friday than on other Fridays, because people are preventively more careful or just stay home. “ 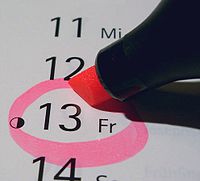 However, it is estimated that 17 to 21 million people in the United States are affected by a fear of Friday the 13th and that costs American economy approximately $800-$900 million because those people will not work, fly or participate in economical way of life on that day.

I believe that feeding this kind of phobia has no any positive result but the negative influence on the society and its pulse. People must learn that irrational fears come from their own minds and there is nothing from outside that can turn that into bad or worse. They must work on their own responsibility instead of searching for excuses to believe in the entities of superstition. The black Friday or the Friday the 13th is a day like any other we are experiencing and there is no any evil or dangerous about it. The only dangerous thing is the mind and soul of the people easy to be afraid and manipulated. At the end of the day, good or bad, we are just humans, who are dancing between God and Devil.

7 thoughts on “FRIDAY THE 13th: URBAN LEGEND OR PARASKEVIDEKATRIAPHOBIA?”

ACUTE FLACCID MYELITIS: WHAT IS BEHIND THE MYSTERY PARALYSIS OF AMERICAN CHILDREN?

THE MOUNTAIN GORILLA: ENDANGERED IN THE MIST