You do not need to love country music to know that Nashville is the birthplace of the best American country music. It is a Music City and the rhythm of good vibes is everywhere. While we are testing the bit of southern original Whiskey in the Bluebird Café, we can enjoy the performance of the coming generations of songwriters and their icons of country wave.  Almost everyone in this city has something to do with music, whiskey or honey. Maybe Nashville is the heart of Tennessee but this Volunteer State has a long list of charming attributes that are attracting people from all over the world. In other words, American native roots give the most beautiful colours to this southern state.

The old Yuchi Indian word “Tana-see” means actually “The Meeting Place” so does not surprise the amount of visitors that meet the glorious Tennessee, searching for an adventure or hidden paradise.  Located among Kentucky and Virginia on the north, North Carolina on the east, Georgia, Alabama and Mississippi on the south and Arkansas and Missouri on the west, Tennessee is simply gifted by the best from all. If we add to it that Appalachian Mountains draw the line of perfection, we will understand why this state is one of the top 10 American and world’s tourist destination.

Some people visit Tennessee to seek for haunted places, to feel the autumn scary harvest and the golden-brown aura of Tennessean nature. Some other people burn for adrenaline and they will never miss the Great Smoky Mountains National Park, chance to follow the traces of the Manhattan Project   in the Oak Ridge or to get drunk in Jack Daniel’s lucky town of Lynchburg. 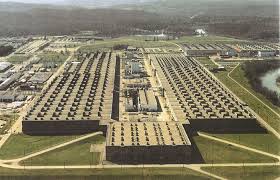 What I find very exciting is the fact that Tennessee has been always a wild state. Since the historical moments, it has been known as voluntary participator in the Battle of New Orleans during the War of 1812 and during the Gulf War, the majority of American Patriots came directly from this state of the Mocking Bird.

The musical soul of Tennessee is not only remarkable in Grand Ole Opry, Music Row, Beale Street Blues and Country Music Hall of Fame but also for being a home place of unforgettable Elvis Presley. Thousands of those who dream about becoming new American stars are actually giving their passion to Nashville and Memphis, feeding the towns and sending Tennessee into the legend.

Behind the accords, there is a real symphony of natural wonders.  With more than 3,800 caves, Tennessee is leading in the world as well as with the population of turtles that have their own little heaven on the Reelfoot Lake, known as the “Turtle Capital of the World”. The same lake is also the majestic result of the largest earthquake in American history, the New Madrid Earthquake, occurred in the winter of 1811-12 in Tennessee.  When you think that beauty of Tennessee is enough described, you must imagine the Lost Sea in Sweetwater, the largest underground lake in the United States and the second largest non-subglacial underground lake on the Earth, with more than 13 acres “water discovered so far with no end in sight”. The breathtaking wildlife of Tennessee is possible because of lot of the fresh water and non-polluted forests. The Ocoee River still attracts those in love with water sports and Tennessee aquarium is the biggest freshwater aquarium in entire globe, with more than 7,000 animals.

The green and misty The Great Smoky Mountains are the “Salamander Capital of the World” because almost 30 species of salamander have their home in this national park. For a winter enjoyment, there is the world’s largest artificial skiing surface at the Ober Gatlinburg Ski Resort, mulled wine and the perfect combination of chocolate, graham crackers and marshmallow, first time made by Chattanooga bakery and named as American Moonpie  in the early 1900s.

The great people and great things always come from Tennessee. The first American female senator was Hattie Caraway from the Whiskey’s state and even three American presidents have roots in Tennessee: Andrew Jackson, James Knox Polk and Andrew Johnson. Sequoyah was a famous Cherokee Scholar from Tennessee and the Aretha Franklin as the soul singer changed the perspective of respect for all. Nevertheless, the modern pop stars like Miley Cyrus and Justin Timberlake have also Tennessee blood in their veins and give hope to many who have desire for being celebrities.  One more thing is connected with our Tennessee and that is Coca Cola and its first bottle facility in 1899, at a plant in Chattanooga.  It is never late to fall in love with old good Tennessee, especially when it comes to the unique western way of life and country road that take you home: „There’s a bar in Copperhill called Patrick’s Bar & Grill. The Tennessee/Georgia state line cuts through the center of the bar, with the bar on the Tennessee side and the restaurant on the other. Oddly enough, the Georgia side is in a dry county, so alcohol can only be in Tennessee areas of the establishment.”

Just a moment of capturing the photos of the  Pink Elephant mascot in Cookeville is worth of discovering and kissing the Tennessee. The state with its weird musical performances, little ghost towns, murals of Ronald Reagan, museums of salt and peppers and with the biggest treehouse in the U.S., in Crossville.  If you are not into following the red, dirty roads, you can jump into the Knoxville, since it is the favorite American city, which smells on the best barbecue and has a family love for all. 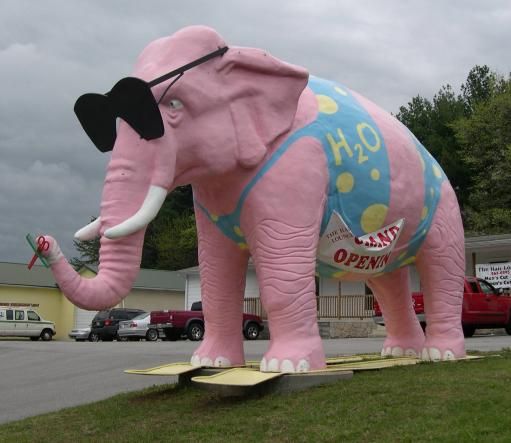 The bluegrass songs are coming from the old jukebox in the authentic country bar in Memphis, gathering people who live and die through the music and patriotism. The American flag is waving proudly from the corner where one songwriter negotiates with the local successful manager about the Kathy Dixon and her angelic songs. The beautiful old woman is maybe in her 60s but still adorable and she moves the Smoky Mountains with her mesmerizing voice. She hasn’t reached the stars yet but the stars are shining her walk towards the final success.  Under the neon moon of Tennessee, everything is possible…and nothing is impossible.

5 thoughts on “THE GOLDEN TENNESSEE – AMERICA AT ITS BEST”

SELF-CANNIBALISM: THE OWN FLESH TASTES THE BEST

THE BUTTERFLY EFFECT: DO WE HAVE GLOBAL WARMING OR GLOBAL COOLING?