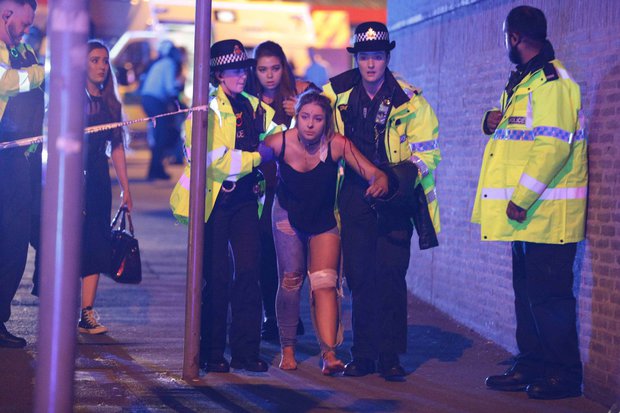 MANCHESTER HAS NO ENOUGH TEARS 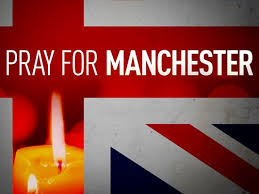 “It is a possible for a Muslim child to grow up (in Britain) without coming into any contact with Western lifestyles, opinions or values.”

The U.K. has been attacked and has been hurt by terror attack, on Monday,  22.05.2017, in Manchester  Arena.  The European distant princess is bleeding innocent blood again. The homegrown baby of terrorism, Salman Abedi,  delivered the death in suicide bombing attack during the concert night, to the 22 people. All of them were there to enjoy the music, to share their dreams and hopes for a better tomorrow. They are gone now just because someone decided it is the right time for him to sacrifice for his imagined God.  Welcome to the age of terrorism, the terrorism we have raised on our own ground. 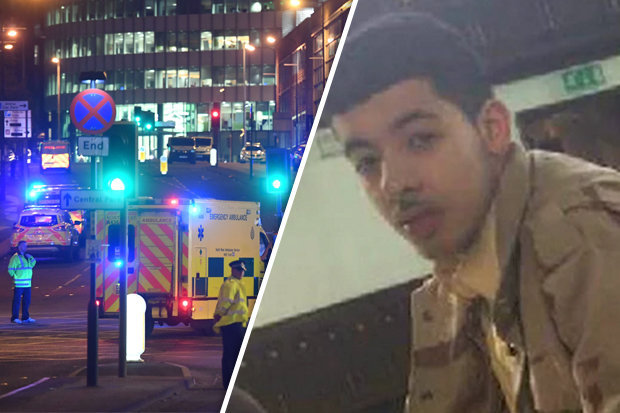 The phenomena of homegrown terrorism is not a new one, actually it is a fact that we have been warned about during so many ways of forced immigrations and clash of civilizations within the societies. You can’t let so many different social and cultural categories in your system and then having a hope it will work out. No, it won’t and especially it won’t work if there are no economical guarantees that melting pot will be financially in the limits of our costs. 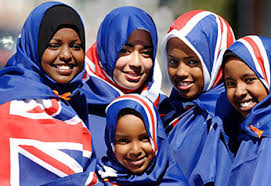 According to the British media, the  young terrorist in the Manchester case was born in the mentioned city in 1994, as the one of the four children of the libyan family Abedi, the same that has escaped the Gaddafi regime and found shelter in the U.K. during the refugee program. During the last ten years, they have lived in the Fallowfield area of south Manchester and the young Abedi has been introduced to the  Didsbury Mosque in 2013, along with his school activity in Whalley Range High School. The security officers have confirmed doubts that he was radicalized and sent to Libya where he was trained and skilled as a future terrorist. Now the question is : why he hasn’t been observed as a potential threat to the U.K. safety? Because there are so many transparent and latent security threats and it is impossible to control the whole network at the same moment. It is like a virus, once it is in a body, we are definitely dead, just a simple  matter of time. 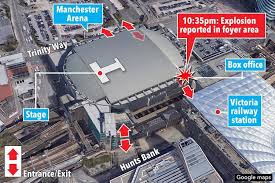 The problem with the  United Kingdom is not the Brexit and the leaving of  the EU, it is the failed multiculturalism and gressive immigration that eat up local potential and bring out the force of domestic grown terrorism. We must be honest now and to admit that experiment of Tony Blair multiculturalism society has never been successful and that instead of multi culti collage of cultures we have been given  the cancer of one subculture that wants domination. I am not accusing here anyone directly for destroying the foundations of the British culture and society but something definitely doesn’t work right over there because integration of immigration has turned into domination of immigration. 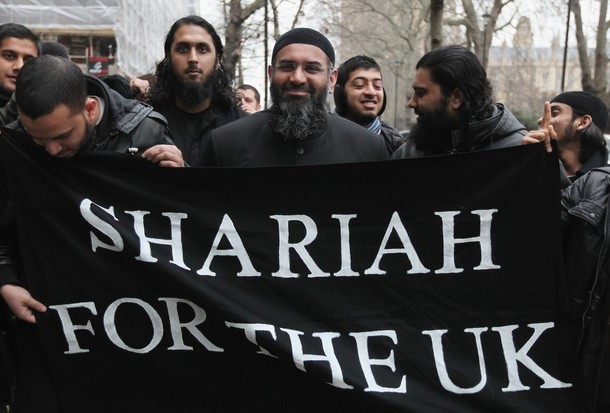 The Manchester case study is just a triumph of political ignorance that has been established in British governance in the last decade or two. The people they proposed the advantages of immigration have never really thought about the future of the British society itself but rather only about the political mandates. Immigration must be positively injected into the system or it will be a damage. Then, we have the popular immigrants that comment that they are not coming into the U.K. to assimilate but to earn the money. Which money? If you live on state costs,you take taxpayers money and at least something you can do is to try to find a place for yourself rather than to burn out the years of cultural development. Unfortunately, many come to stay forever and all they claimed they wanted to escape from,they bring with and want to implement. This especially applies on islamic wave of immigration. The majority of Muslim immigrants do not want to integrate and to accept the local rules of behaviour but to force upon theirs. They run away from Shari’ah Law but then they fight for it on the new ground. For me as a researcher, that is a paradox of integration, in other words, the malign side of Islamic assimilation. 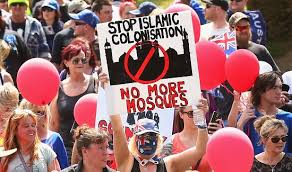 Simply as, Shari’ah Law has nothing to do with the Western system and therefore has no place to ever be discussed about within the immigration debates and freedoms. If someone except that successful  multiculturalism means  successful implementation of Shari’ah Law into the land of immigration, that one must keep on mind that Non-Muslim countries must not accept Islam to confirm their understanding for immigrants problem. In opposite, they shall not accept Islam as a dominant religion because they are based on the freedom of choices. Legions of Shari’ah Law aren’t supposed to be organized in the U.K. or anywhere else where is not based Muslim country. If that is the case, we are not talking about multiculturalism but about the forced religious pillar upon the rest of the non-Islamic society. 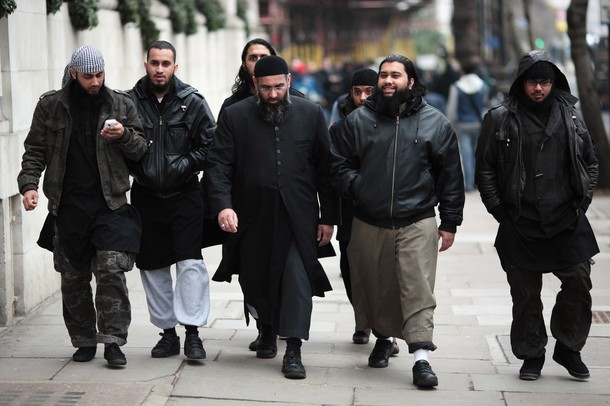 What I see as a future and serious problem for the virus of homegrown terrorism is a lack of economical integration for the isolated immigrant categories. The lack of religious freedoms is not dangerous as a lack of economical choices, inputs and outputs. Why? First of all, because every isolated and condemned  group or individual will naturally seek the protection and comfort. One who offers it, will be the final winner and can take all. I wrote in many of my research papers that good economy can solve all we are facing with, even the worst political and security riddles. If financial side of the system works positively, people will use their chances and they won’t be angry and so simply  to be manipulated. Only unsatisfied people are an easy prey for the soul hunters. When someone is not accepted in the society or has a problem to find his place because of his failed economic importance, he will search for a key of success in destruction and disorder. Economic side effects must be empowered and the accent of state must be on the improvement of jobs and economy rather on the improvement of the religious ideals and cultural expressions. Religion should be a private and not a public thing but good economy must be a concern of all. 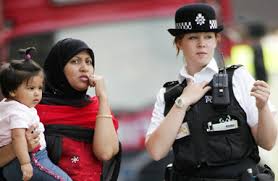 The U.K. must deal with its own confusions with the different stages of immigrants and that is very good explained in the article signed by Benjamin Schwarz:”For all their limitations, ‘non-white minority’ and ‘visible minority’—terms that take in both immigrants and British-born members of ethnic groups—are more illuminating categories than ‘immigrant’ or even ‘ethnic immigrant.’ This is because an essential feature of the society that mass immigration has created in Britain doesn’t only, or perhaps even mostly, involve immigrants. Several largely unassimilated, in fact often rigidly self-segregated, ethnic groups, members of which may be the British-born children or even the grandchildren of immigrants, from geographically distinct enclaves throughout urban England. To cite extreme examples, British-born children of immigrants make up most of the estimated 3,000 British Muslims trained in al-Qaeda camps, most of the estimated 500 British citizens fighting for ISIS, and most of the 300 known or convicted British Islamist terrorists—including three of the four bombers responsible for the 2005 ‘7/7’ attacks, the coordinated series of bombings in London that killed 52 people and injured more than 700. (Those three, by the way, were all of Pakistani descent.) A majority of the rapists and procurers—almost all ethnically Pakistani or Bangladeshi—in the sexual ‘grooming’ crimes that have plagued England’s North and Midlands are also British-born.” 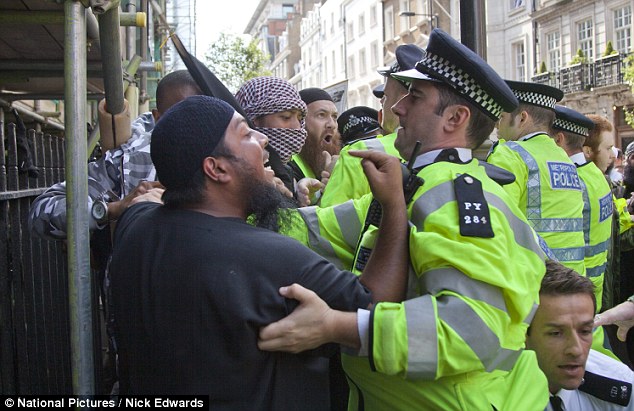 We are dealing now with the British-born terrorism  as we deal with American-born, German-born or French-born terrorism. It is domesticated form of terrorism, something we produced by our own ignorance, tolerance or lack of potential for new generations to be included in. I would rather choose the best economical options for young generations than the best religious freedoms. In the age of nanotechnology, talking about Gods and their will to have us all dead sounds like a barbaric step backward. We must change our perspective and instead of insisting on fake promises of eternal life, we must be able to offer the real  promises for good and real life. Now and here. 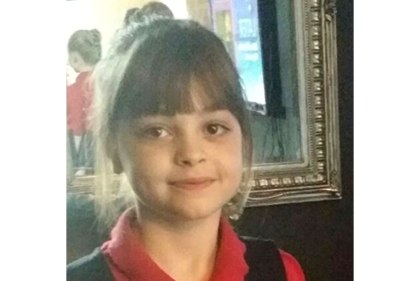 4 thoughts on “THE GHOSTRIDERS OF HOMEGROWN TERRORISM: THE CASE OF UNITED KINGDOM”

THE TANGO OF PAIN:THE SILENCE OF LAMBS IN PATAGONIA