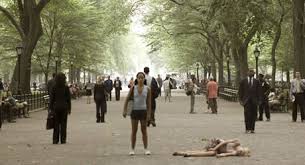 THE RED TIDE SYNDROME AND THE END OF THE MANKIND?

“It makes you kill yourself.Just when you thought there couldn’t be any more evil that can be invented”

It is stated long time ago that the books and movies predict the future of our world. The writer’s and scenarist imagination make new dimensions of the universe we share together, they  build the tunnels we need, they create the feelings we have forgotten. They work on the whole new world that merges with ours. Unfortunately, many of them sail into the dark ocean of cataclysm and their fictional disasters often become the destiny of the mankind. That is the special sense that every creative soul has. Once we are united with the nature and the Earth, we are all able to instinctively feel the danger that will come to us, sooner or later. The books and movies with such a type of stories are those that are gifted to warn humanity to stop with self-destruction on time, to direct the ship into the safe waters. 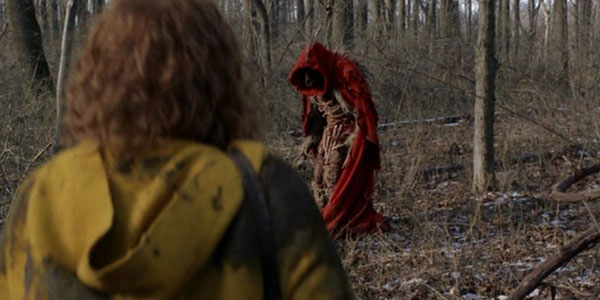 When the movie “Happening” has been made,back in 2008,  it was a bit shocking for the people. The idea was totally new one but very realistic, in spite of fact that the movie was labeled as a science fiction blockbuster.

The writer and director of the movie, M. Night Shyamalan based his thriller on one eco-disaster plot. There are no asteroids, dangerous viruses,mutated  furious animals or nuclear attacks. There are plants that strikes back the people and make them kill themselves. Vegetative killers. Actually, the whole idea was to show that plants can launch the self-defensive program which is counteroffensive against humankind because it is a trigger of the anti-pollution mechanism that cause the death of humans. In other words, the humans are considered as pests and plants treat them just like pests, they destroy them. The death is not so plastic but more chemical because the plants release the special airborne toxins that rewire the human brains and indicates the self-destruction drives.  That is known as a reverse-survival instinct so instead of protecting themselves, people have a feeling that they have to end their lives. The scientists could that partly cover and describe with the phenomena of red tide syndrome, linked with the ocean plant life. In recent years, according to accumulated ecological catastrophes,  marine plants have begun releasing toxins that are reactions on the changes of the environments. 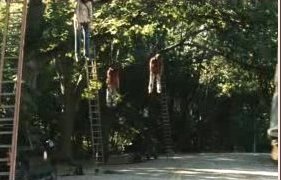 The crucial point of the mentioned movie could be directly attached to the scientific studies regarding the Marine Red Tide Syndrome. At the end of the day, Mr. Shyamalan has been pretty much realistic and not so far away from the daily invisible  and still unknown threats. One expert for the red tide syndrome within the marine plant life is a professor of biological sciences at the University of Southern California ,  Dave Caron. His main research interest is Pseudo-nitzschia, an algae bloom that cause the amnesia in humans. He was actually tried to analyze the connections between  movie and the reality he is facing with in his studies and he is sure that similar aggressive  behaviour is seen in algaes called HABs  that produce toxins. One of the toxins is a domoic acid that has a mimic style and pretend it is a brain molecule, glutamate:“If you absorb a bunch of domoic acid in your diet, from shellfish for example, it gets into your blood, then it gets into your brain, then it gets into the hippocampus of your brain and it will fire the synapse connections and keep firing them until the nerve function burns out. While those nerves are firing, it causes all kinds of neurological disorders that range from nausea to disorientation to loss of short-term memory and seizures. If you take in too much, it will kill you.”

Professor Caron doesn’t believe that plants could really organize a counter terrorism attack on the humans in the near future, at least not the same as it is presented in the movie but there are real dangers of the eco-terror that is happening nowadays and how it will impact on the plant life. For sure, some ocean plants will not be muted and destroyed without resistance. The inter-communication among plants is not social but more chemical and organical. What does it mean? Plants have wars among themselves, that is a biological fact because they are all competitors for a land and soil’s food. What they release as their toxins is actually their own way to survive and to answer on the pressure from the reshaped and modified surroundings.

If we take a look on the red tide syndrome, we must take it seriously because this issue could be developed into the real disturbance within the ecosystem. The phytoplanktons are single-celled organisms of the class Dinophyceae and they move using their flagellum, the special designed tail-like structure. They are attributed with photosynthetic pigments and that is the biggest reason why the water have colors during the season of algae blooms. The outcome of the blooming is definitely the toxin which can hit the ocean wildlife and to indicate the disorders in the ocean balance. Every strategy of the humans against the multiplied algae blooms is also very destructive for the total ocean composition of the life. 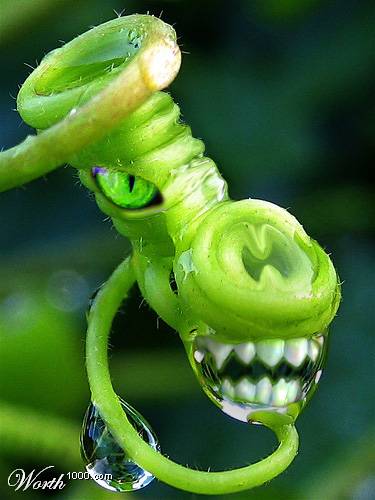 The plants are also very sensitive living forms. They can feel the pain and they can react on the caused stress. The destruction of the nature and wildlife has a big effect on the flora too. People do not limit their own potential to demolish all what doesn’t belong to them and they have not yet learnt the lesson that this Earth belongs not only to the human race, but to the animals and plants too. Maybe the plants are not neurologically and evolutionary ready to form an army of attack on mankind and to stop this magic circle of ecological apocalypse but some of them are absolutely one step forward and they are enough mystical to produce destructive toxins for even more destructive humans. It is just a matter of time when that boomerang will come to us and deliver us the last message, that we haven’t made it. That moment will be the one when Happening  actually happens in the front of our eyes, in the hidden enzymes of our brains and in the forgotten molecules of our Darwin’s souls.

46 thoughts on “BEFORE IT HAPPENS:PLANTS STRIKE BACK?”