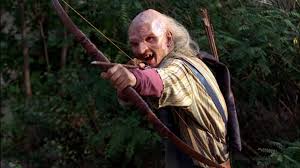 “Logically, if you grow up here and you are open minded, you go to college and never come back. If you like it here, which means that you are happy living in the same house, with the same people and ideas as the generation before, then you stay. If you stay, you marry someone just like you. It’s like inbreeding.”

I am sure that there is no more exciting place for camping within the USA than it is the hidden pearl of West Virginia, especially during the autumn season. The golden brown colors of the woods and the eternal mystery of the Appalachian Mountains have turned this area into one of the most beautiful in America. This is not just an attractive  tourist statement but a fact. If we consider all tips about West Virginia, we will immediately decide to move to live there and to feel the sense of adventure in the nature for a whole year and not just for a holiday time. Lindy Point Overlook is definitely the heart of the Mountain’s rich offer but we will not forget The New River Gorge Bridge and the breathtaking picture from the bridge which melts into the thousands vibrant colors and senses. While we are eating memorable  Pepperoni rolls, typical West Virginian delicate, we will maybe think to look for a famous  Glade Creek Grist Mill or paradise in  Elakala Falls, but we will also try to capture the glorious shine of The Big Bear Lake in some of our mountain bike’s attempts. After all, open road on the Highland Scenic Highway is something which will remind us of the nature’s pure beauty and intact and wild innocence.

Like the moon, this image has also two sides.One is a dark one, covered by legends, veiled by myths, camouflaged by local fears and  unrevealed for years. The story of inbreeding, which is not only linked to rural parts of West Virginia but also with the Eastern Kentucky.
The inter-marriages in one community is the phenomena what has hit all societies and countries, during the history and social and cultural development but it is eliminated through the urban and  progressive efforts of the community and immigration in and out. The inbreeding as itself followed all  countries  and even the royal families but the main point was on keeping blood line pure and safe from the insiders as well as the wealth of the home or dynasty:“Perhaps the most famous example of the perils of inbreeding is King Charles II, the last of Spain’s Hapsburg rulers.The result of 200 years of intermarriage, Charles’s tongue was so large that he could barely speak, and his infamous Hapsburg jaw was so pronounced that he was unable to chew.” Then, there is Monomotapa of Zimbabwe and the practice of incest.Legendary Cleopatra VII was married to both of her brothers and Princess Nahienaena in Hawaii was in so deep love with her own brother since the childhood. In that period of time, 19th century, the incest was taken as a privilege for a royal family. The ancient Incas Empire hasn’t been immune on inter-marriages. In public, incest was prohibited but the noble had practiced and justified by concerns for the power.Maria I of Portugal married her uncle Pedro in 1778 and their son Joseph married Maria’s sister, Benedita.   Elisabeth of Austria, King Rama V, Princess Victoria Melita and :”Queen Victoria is well known as a prolific matriarch who believed that intermarriage between European royalty could guarantee peace.” The antique Rome and  Greece share also the shame of inbreeding but history tried to connect this incest web with the royal aspirations and drives for power. The ordinary people in ordinary houses also had their own primitive ways to deal with inter-marriages and taboo of incest. Some of they still do.

The horror film “Wrong Turn” from 2003, has opened the book of horror for West Virginia reputation. The group of hikers are lost in the West Virginian woods and they fell into the traps of cannibalistic mountain people, who are disfigured due the long line of incest tradition within the generations. Rob Schmidt, the director of the movie and Alan B. McElroy, the writer of the story haven’t thought that this horror will change the whole perception about the West Virginia and West Virginians. Inspired by the movie, just one year later,  Abercrombie & Fitch released the T-shirt with a map of the Appalachian state and the words “It’s all relative in West Virginia.” and then the problem was there. People who enjoyed to camp in Appalachian Mountains gave up because of the possible hillbillies from the woods and their sadistic ideas of torture. Nobody really solved the mystery but the inbreeding in this area is older than any Schmidt’s movie about wrong turn. 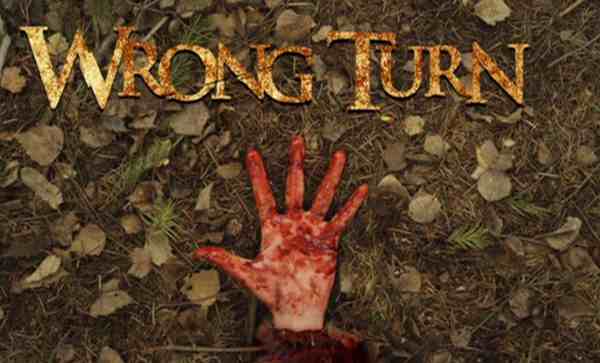 Back in 1880s and 1890s, explorers and writers like  Mary Noailles Murfree and John Fox Jr. have been fascinated by Appalachia and local customs. The isolated life  of those communities was something which impressed those researchers so they shared their impressions by the rest of America. Missionaries who reached the far away closed communities also have written and reported about the high level of poverty and ignorance as well as about the wide spread practice of inbreeding among the family members. Through the 19th century, the lack of transportation and the natural obstacles  kept the people oriented  to each others and closed for new comers. The main reason for inter familiar marriages and breeding is the absence of those from outside part of the world, intruders. In 1980, scientist  Robert Tincher came out with the study “Night Comes to the Chromosomes: Inbreeding and Population Genetics in Southern Appalachia” based on 140 years practice of inbreeding.:”He concluded that inbreeding levels in Appalachia  are neither unique nor particularly common to the region when compared with those reported for population elsewhere or at earlier periods in American history.”

Today, West Virginia has strict anti-incest laws and if you expect to see the mountain facial  monster described in the Wrong Turn episodes, you will be disappointed  when you meet one of the friendliest  people ever. What is really happening in some of the  farms deeply hidden in the Appalachian dark woods, that is just a matter of imagination and something nothing only usual for this region but for every isolated place on the Earth. The attractive folklore of West Virginia takes responsibility for the science fiction expectations when it comes to the story telling. The Mothman monster has a worldwide popularity also achieved through the movie “The Mothman’s Prophecies” and also covered by Appalachian’s enigma. The creature Snarly Yowl from Harpers Ferry, the Braxton County Monster, the White Creature and the Grafton Monster are just some of the names from the urban legends from the West Virginian hills. The deeper we go there, the deeper is the darkness we are facing with…but at the end of the day, it is just a perspective which could be changed by rational scientific explanations. Inbreeding in the isolated communities is an outcome of the closed farm living and absence of diversity so the blood line stays within the one family, without the mixing of genes which cause the genetic deformations in the long period of time.

The same problem is in the Eastern Kentucky, also well known for isolated life of the locals.The scientific reports inform us that inbreeding in Eastern Kentucky dates back to 1750, when first settlers were start coming:“Many families were secluded from surrounding towns which then forced them to inbreed. They did not know the mental and physical effects it would have on their children. Inbreeding mainly consisted of cousins marrying cousins, and occasionally brothers and sisters would get married (this was not as common). As time went on and more people moved to Kentucky, more towns evolved and inbreeding became less common. The percentage of inbreeding in Kentucky had dropped 18% from 1870 to 1930, and then there was a plateau in numbers from 1930 to 1950. Since the 1950’s the numbers have continued to gradually drop each decade. So not all communities is Eastern Kentucky have families that inbreed within their communities like everyone seems to assume. Laws were passed in the late 19th and early 20th century which made  marriages, and inbreeding to the first cousin level within family illegal in the bulk of the United States.Nevertheless there are still at least four known communities in Eastern Kentucky that do have families that have inbred children. One particular county still has quite a high inbreeding rate of 95%. These particular children have been reported with severe medical problems.” So the inbreeding as a problem itself today should be considered under control, even in the rural communities which are strongly encouraged to open themselves for the outside’s influence and radiation of new ideas, people and blood. There is no chance that the goverment and the cultural and social authorities can stop every single chance for inter-marriages or incest nowadays, especially in the isolated regions but the effort must be made through the education and active social contribution.

There are no monsters from the woods but only the unhappy people who wait to be discovered and helped. The enlightenment is the only force which is able to stop any regression and  back-warded customs but the problem must be addressed properly and without mystification. Only man can hurt another man, scary creatures are afraid of us and our ugliness.

34 thoughts on “INBREEDING:HOW RIGHT IS A WRONG TURN?”