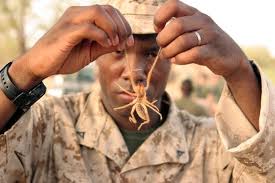 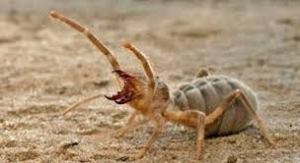 Our Planet is hiding so many undiscovered wildlife species that it would be arrogant from us to even think that we know more than 50% of Earth’s diversity. No matter how hard scientists are working on defining undefined, the untouched corners of nature are still screaming with new surprises. Some of them are definitely nice but some of them are awaken, bothered and very angry.

Back in 2003, during American military intervention in Iraq, along with many other sand’s myths, came out a story about the giant spiders who are eating camels and attack American soldiers during their sleeping. The story was fabricated through one media gossip to another so after  a while, there was almost a Hollywood  scenario of man size spider who is crawling through the wild  desert to drink blood from humans. The tons of photo shopped images are being shared on Internet and it was logical to think that famous  Screamers are among us, with no doubts. On one photo, the spider was looking like a “borrowed Spielberg science fiction hero” and on another, you would bet that nature is getting really upset about the people who are crossing the line and disturbing its children of the darkness. Even the bites of those “monsters” were presented like non-terrestrial master piece. 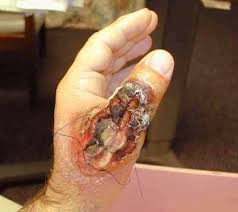 Finally, demystification of our “desert evil” was offered by researchers who are dealing with unusual wildlife forms and according to them, they are not spiders but solpugids, but members of the class Arachnida like spiders themselves. It is interesting but they have been called like wind scorpions or Egyptian giant solpugids, as it is stated by National Geographic team of scientists. They are long about 15 centimeters, 56 grams weight  and all of those asymmetric terrifying pictures of these spiders which are as big as an average child is nothing but result of fake world wide web  fear industry. However, the third of their length goes on sharp jaws and in spite the impression they have more than 10 active legs, actually they have 8 legs and other  two of them are  really pedipalps, sensors that help them locate prey. They are very fast but only if we compare them   to  their  relatives from Arachnida family.Our “Kalahari Ferrari” can have speed up to 16 kilometers per hour which means it is not logical that they are chasing like a wind American soldiers through the Iraqi desert. The fact is that they do follow people sometimes but only because they need a shadow from the hot Sun. They do not depend on attacking humans and they would rather choose different size of prey for their meal. Their bite is very painful but not venomous but it could make a lot of problems if it is not treated on time with medical response so it gets infected. The set of photos with people who have big, ugly holes are definitely added up and not explained that any bite being infected with bacteria could cause the same look if it is not responded properly. 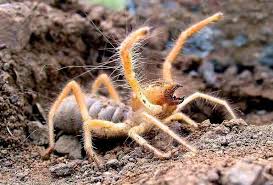 What they are eating? They do not eat human flesh but they are amazing predators, since they are gifted by good effective jaws for hunting. They do feed themselves with insects, lizards, small birds and sometimes they even attack scorpions or some deadly toxic desert snakes. They can feel the vibes of potential prey so some creatures definitely know this trick of not moving so to survive the fatal jaws of sun spiders. 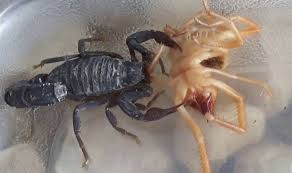 They are not only located in Iraqi desert. Actually. according to the  latest discoveries, they are residents of any desert region of the world but under another type of solifuges. To follow them and to keep them for research study in captivity is a challenge since they request specific habitat. This is one of the main reasons why they are still mystery for science and for people too.

In 1797, zoologist Anton August Heinrich Lichtenstein stated  that the  famous Philistine plague of mice referred to in the Old Testament was actually about those solifuges because he believed that hairy arachnids could be mistaken for rodents. That would   mean that those wind scorpions are old almost like civilization itself but still very unknown at some point.

The glorification of their ugliness and vicious nature as well as constant Internet propaganda against these hairy critters made them almost endangered. If we know  that most of the  people are visual oriented, showing them photo shopped designed desert screamers is  opened road to hell. How anyone could ever think that Iraqi desert is fighting back with its own super army of sun spiders who are taking your over night while you are sleeping because you are intruder there? Sounds like a great introduction into the science fiction movie but definitely far away from reality of scientific explanations. 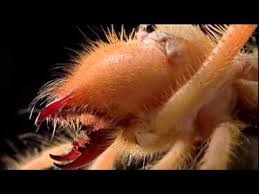 The camel spiders are residents of the desert and nocturnal animals. They are trying to evade the hot sunny hours so they could be seen running around in searching for a shadow. Their target is not human being and for sure not American soldier who is stuck in the Iraqi desert. The sun spiders with dangerous jaws would rather try with something easier than to deal with man. Sometimes they can bite but only in defense not as an offense because they do not count on man as a prey and it would be ridiculous to think they would swallow the man. Maybe they look like alien creatures but they exist since early times and some explorers are convinced they were described in all holy books. 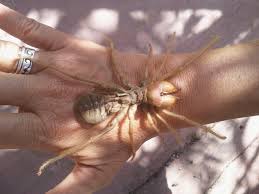 It is not anymore about hatred towards these living unusual critters. It is about our ignorance to turn all unknown  what nature has into source of fear instead of source of new challenge for science and for mankind to develop standards for coexistence with other living beings because this Planet doesn’t belong only to us.

The next time when you see the headline about monsters, screamers from desert what are chasing people to kill them, think for a moment who is the worst predator ever and you will not doubt in nature. 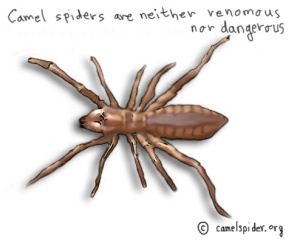 7 thoughts on “THE SECRET WEAPON OF NATURE IN IRAQ:CAMEL SPIDERS – WIND SCORPIONS”