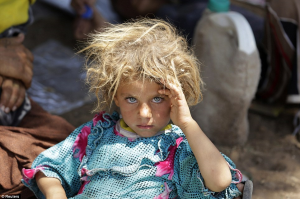 THEY ARE FORGOTTEN AND BETRAYED BY EVERYONE

THEY ARE SACRIFICED FOR EVERYTHING AND BY EVERYONE

THE  YAZIDIS AND THEIR NEVER ENDING TRAGEDY 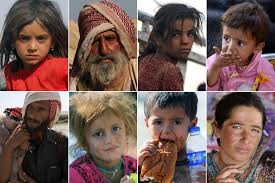 They are not Muslims. They are not Christians. They are not Jews. They have something from everything but they are so unique and so ancient religious group that if you are not informed, you could be easily opinionated that they are some kind of “devil worshipers” . In spite of misunderstanding and thousand years long bad treatment they were given for keeping their religion, the Yazidis are very original religious community which has very rich culture, heritage, tradition and values which are demanding admiration. It is so easy to be in majority and to hold on your belief what is common and accepted. It takes a real courage to accept and to hold on something what is not common and what could be even dangerous to keep. The story of free Yazidi birds who are flying over the dominant religions and trying to rich the beloved sun is more than an ordinary story about people who suffer because they are not approved in the society. Their story is never ending story of betrayal, oppression, prohibition,terror and death. They survived all and they will survive all. They are people of the eternal fire. 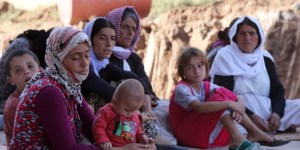 Yazidis religion is very specific and it is the main reason why those mainly ethnically  Kurdish have a big problem to find their place and to not be disturbed  by all others in the wild Middle East region. How we can represent their system of believes? It is not Christianity but it has some elements of baptism. It is also not Islam but it has circumcision. It has also some other elements typical for Judaism but it is a far away from Jewish religion. So, at the end of the day, what is Yasidism? It is a sui generis religion, with colors of other religions but with its special codex and ideas. Although, the fire is borrowed from old Zoroastrianism but the religion of  the Yazidis is more than that, like it is a renaissance of the oldest Mesopotamian religions which turned to be monotheistic. They strongly believe in one God who is the creator of the world and who ordered to seven angels to protect that world. The leader among the mentioned  angels is the central figure in Yazidism. That is   Melek Tawwus or  the Peacock Angel, so called world-ruler and one whose ambivalent nature to bring good and bad things make confusion to other 3 monotheistic religions and their followers, because for them, the fallen Angel is none else but Satan. In Yazidis religion, the Peacock Angel is forgiven by God and returned to the heaven by God’s mercy. Unfortunately, the theory of the fallen and then forgiven Angel is too much complicated for regular believers who labeled Yazidi people like devil followers and the admirers of Satan.This accusation, so many years ago, opened the Pandora’s box for this peaceful community who predominantly is or was located in northern Iraq, in and around Sunjar. Some of them live in Syria,  Armenia, Georgia, Turkey, Iran and estimated global number is about 700.000 of people, but since the ISIS is ruling that part of the world, many Yazidis were killed or taken into slavery. Many of them are simply gone and their destiny is still unknown.

The Yazidi holy books are summed into two of them, which are the result of growing interests from the Western world for this religion. One is Kitêba Cilwe or the Book of Illumination and the another one is Mishefa Reş or the Black Book.The scientists aren’t sure about the real origins of those holy texts but they believe that someone helped to the Yazidi people, around 1911-1913,  to collect their oral believes and put them on the paper. The previous hymns known as qawls were used among people to keep spirit up but they were metaphorical and hard for understanding so usually the religious authority had to translate them onto the ground level for the average followers. The architecture of daily religious practice could be seen in 5 daily prayers. Isn’t that very similar to 5 prayers in Islam?Here we can also see the influence of Abraham’s religions. They have the the Dawn Prayer, the Sunrise Prayer, which is the most important for all of them.Then, there is also the Noon Prayer, the Afternoon Prayer and the Sunset Prayer, the second important daily prayer:“Worshipers should turn their face toward the sun, and for the noon prayer, they should face toward Lalis. Such prayer should be accompanied by certain gestures, including kissing the rounded neck (gerîvan) of the sacred shirt (kiras).The daily prayer services must not be performed in the presence of outsiders, and are always performed in the direction of the sun. Wednesday is the holy day, but Saturday is the day of rest” Their most  sacred ritual is pilgrimage to the tomb of  their  archetypal saint, Sheikh Adi Ibn Musafir, in Lalis, north of Mosul, Iraq. They are very closed community and during the history, they were known for many taboos and radical fight to remain faithful to their ancient  religion and its, sometimes very strict demands.Their fanatical belief that they are  descendants of the union between Adam and beautiful pure virgin, huri and that all other people came from the union between Adam and Eve, make them think very extreme about protecting the purity of community as well as the purity of the 4 elements:  the Earth,the  Air,the  Fire, and the  Water. They do not prefer mixing with non-Yazidis and it is considered as pollution. The conversion is strictly punished by the highest authorities. We shouldnt forget the famous  case of Murder of Du’a Khalil Aswad, the beautiful young Yazidi  girl at age 17, who was stoned to death by the Yazidis mob  for a crime which was falling in love with Sunni boy. This was a terrible honor killing. The young couple ran away, hoping for the best. Sunni and Yazidis in that region despise each others and the “betrayal” of this kind is cured by murders. The girl converted to Islam just before she was caught and brought to the aggressive mob, blood thirsty. She was beaten, stoned and tortured for 30 minutes and there were videos of this terrible crime and later also the campaign against this barbarian act, but for this Juliette, it was late. His Romeo was never found. This is not the isolated incident in radical Yazidis community.This community is still somewhere between the old believes and new challenges, always on the wind of change but too much stuck in their own religious  conservatism and purity. 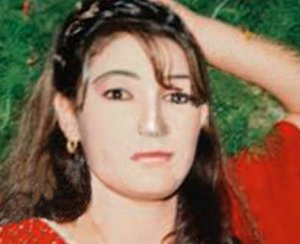 After the Al Qaeda and later the  Islamic State proclaimed the Yazidis  as the infidels and the enemies of the new ideology, their killing became a hobby for jihadists, something like hunting season. The old tensions and pressure between the Yazidis and the Islamic extremists move on the battle ground between innocent disarmed people and mobilized jihadists. They were killing all.Men. Women. Children. When they did not kill them, they kidnapped them for their own purposes or used them on sexual market. Many women and children are still somewhere in ISIS slavery and the international community is doing nothing to investigate the track and to help those who belong to none and nowhere. According to some evidence, there are more than 1000 enslaved  Yazidis women. We all can imagine what they are facing up, if they are still alive. One lady who were rescued by Kurdish soldiers wrote that many Yazidis, ashamed of everything what happened to them in captivity, committed the suicide. The spiritual leader of Iraqi Yazidis community, Baba Sheikh states:“The rise of Islamic fundamentalism more broadly has pushed thousands of Yazidis to seek asylum in Europe. According to some estimates, 70,000 people, or about 15% of the Yazidi population in Iraq, fled the country. For a religion that does not accept converts and strongly discourages exogamy, the assimilation of Yazidi youth in Europe threatens the faith’s continued existence. People have gone out of fear of attacks or fear of racism. This makes it hard to protect the faith” Some of them who were lucky to reach the final destination of Germany, where is a strong Yazidis diaspora, will have to deal with the risk of losing their ancient religion for getting security. Sadly, there are plenty of  Yazidis who will never come in the safe zone. They are poor or they are not ready to live their homes. They choose to give support to anti-ISIS campaign and to take  weapons in hands and to fight back. It is not something they want but they do not have another choice. Their existence was  endangered in the  times of peace and now in the times of war, they are almost extinct. The people of the Peacock Angel are lost in the desert of broken hopes, untold prayers and killed families. Their sun doesn’t rise up for years…..while the oldest community members pray the Melek Tawwus for a mercy upon kidnapped blonde children with blue eyes.

The Yazidi people suffer like everybody else in this war. Nothing less, nothing more. That is all true. War is everyone’s enemy. Regrettably, they were victims of negative focus even before the war started. Accused to praise the Devil,they have never been fully accepted or protected but always under point finger that they are doing something wrong. Their long history of resistance gives a hope that their strong spirit will overcome all and that will spread the wings over the burnt soul again. Then, they will rise again like their beloved sun…..in the meantime, we owe them help and protection. We owe them something more than empty words. They are the unique world’s heritage and they must be saved. 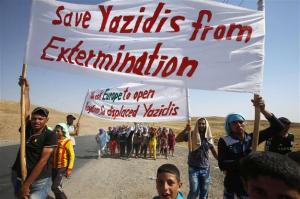 2 thoughts on “THE YAZIDIS: LOST IN THE MIDDLE EASTERN FLAME”

ISHMAEL AND ISAAC: THE (IM)POSSIBLE ROOTS OF ANIMOSITY BETWEEN JEWS AND MUSLIMS