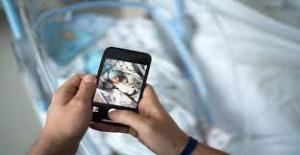 THE ALL RISKS OF CHILD CYBER SAFETY

“Our law enforcement must be given every tool available to protect children from predators and parents need to know who is living in their community.” ~ Robin Hayes

Maria was almost obsessed with posting photos of her son Brian on social media. It is not that she was just  posting regularly on opened Facebook account but she was  doing the same on Instagram, Twitter and Pinterest. Someone would have  thought  that Maria is all over with her child, including her husband, Matt, who was not  so concerned about it and he should have been. Everyone knew where Brian is going to nursery and what Maria is cooking for a dinner. It wasn’t reserved only for Taylor´s Family in Nebraska, it was available to any American and worldwide resident who might be interested to follow Maria´s life and then Brian was suddenly gone. Matt wanted to pick him up, after school but the boy wasn’t there. The boy was nowhere where they have been keep looking for him. Weeks, months, years. First, he was missed and searched for. Then he was only missed and never found. One of many children that end up in the crack between known and unknown,  truth and lie, hope and final acceptance. The Police has never solved the case but there have been many theories that Brian was the victim of child kidnapping and  organ trafficking while some believed that kid has been abducted by child serial killer, as a trophy. Nevertheless, nothing has been confirmed but the fact that someone observed and watched Taylor´s Family over social media and made a plot and action. The exposing of all information, important and not so important on social networks, helped the evil people to realise  their plans and even worse, attracted the sociopaths and their interests.

The sharenting is 100% of the modern and instant world. If it is not shown on social media, it means it doesn’t exist. The pressure on parents to show their parenthood and their children, almost naked, to the whole strangers could be almost seen through the perspective of compulsive disorder. It all starts with moms posing with their bellies and pretending that the whole process is happening in some peaceful flamingo world. It would be great if we live in such a world where majority of people are sharing those excitements with pure hearts and joy but behind those good people, there are usually those, lets call them observers, who are there to target and take, to hunt. If you cant imagine easier, try to imagine the big field in savannah and the unprotected cubs of lion that are playing, without presence of their pride. The natural predators and hunters would monitor, for a while, to be sure that all is safe before they dare to move, attack and do their dirty job. The same is in our human reality. They take time to watch and such photos of naked children, playing in the tub or dancing in the garden are awaking the sick imagination of psychopaths that crawl to follow, track and act, when the time is right. 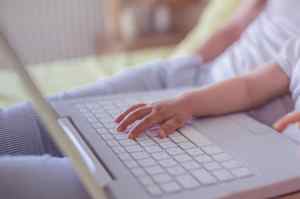 This word has been created in 2012, when the article in the Wall Street Journal questioned the issue of oversharenting. The associate dean and professor at University of New Hampshire Law, Leah Plunkett, wrote a book “Sharenthood: Why We Should Think Before We Talk about Our Kids Online” and tried to argue this growing matter in our global society:“Sharenting also includes things that we do with our kid’s information through smart devices in our homes, educational apps in their school, as well as all the different ways the things on our bodies, in our homes and in our schools are passively or actively picking up private data about our kids, analyzing it, acting upon it and sharing it again with third parties” It is not only about the child that is posing in cool outfit, it is the whole story that is following before, even when the toddler has been just a baby in mom’s womb. That urgent need to expose ultrasound snap of the unborn is almost like a modern obsession of young parents. This in not just the danger that some sociopath will raise up the interest to follow the case of the young child but it increase the risk that some crime  organisation or lone hackers will pop in, waiting for a piece of cake, for their part of the lunacy.  How anyone know who is a friend or enemy? Sometimes, the betrayers have been the members of the tight family or friendly circle so I would suggest, generally, the high level of awareness. There is always a way for a child photos to be shared with right people and via safe channels and this shouldn’t be exposed worldwide.

Even if we don’t think of psychopaths and twisted minds, what about the rights of children to not be exposed online, without own consent. We never know what child will be a new star with controversial photos to be found later and abused against in career, only because parents haven’t been disciplined in social media consumption.  This is a privacy and child is an individual who must be respected and child has to learn to have trust in parents and to develop own identity, far away from social media pressure and demands. It may hit hard your teenager later, when gets into sensible and sensitive age, contemplating the past photo terror of the parents in social media dimensions. You push your own identity and life expectations onto the child development, expecting that the same child creates own personality and life. When you share such values and unlimited use of social networks, speaking of new hight the parents, how could you ever expect from your child to offer some respectable manners and behaviour patters. 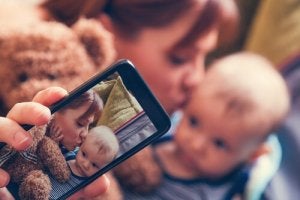 The topic is more than serious and requires more than one article or observation. The parents that expose their children without any thoughts and caution are exactly those who are responsible for distressed child life and safety in cyber world, lately. If you take care of yourself, the God will also protect you but they do not consider all facts and information but live for likes and comments in the fake reality they created for their own brain podcasts, risking the lives of the most vulnerable population among us.

Read this again and again and not only that, act with concern and change your modus operandi. You are the one who is responsible for the safety and security of your own child. Be that common sense, and make a step into responsibility, for the safe future of the one you love the most.

2 thoughts on “SHARENTING: THE ZERO KILLER”

THE MUSHROOMS: THE FUNGI THAT PLAY ROLE AS VEGETABLES