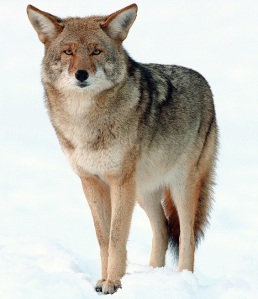 THE UNKNOWN BATTLES OF THOSE PRAIRIE WOLVES 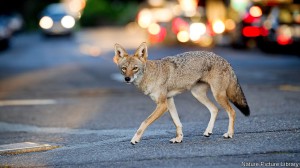 I know that so many people love wolves, but majority even do not have ideas that coyotes are also fascinating creatures and have very crucial role in our ecosystem. The Native Americans have been fascinated by those smart mammals with golden eyes that have a great skill for adapting to the environment that is constantly being changed. If we just think about coyotes in American continent, we must analyze their cleverness in adjusting to the reshaped landscape and new habitats challenges. Their ancestors lived in prairies and deserts and the new generations almost conquer the urban cities and the rural suburbs, especially in the case study of Los Angeles, where there is a high population of coyotes.

It is interesting to observe how their diet is flexible so those animals could eat anything to be able to survive. They hunt rabbits, rodents and even deer but they can live on insects, snakes, and fruit, if their primary choice is not accessible. The main problem with the coyotes nowadays is their hunting behavior that brings them close to farm people and livestock. Usually, they manage to attack domestic farm animals and that’s why so many farmers and ranchers take them as destructive pests, organizing revenge and killing them with no mercy.

Like wolves, the coyotes build strong family groups and take care of their offspring. Both parents are providing food and assuring the safety of the pups, teaching them about the basic hunting skills and making them concerned about the risks of the life in field and everyday struggles. The ordinary coyote can develop speed up to 40 miles an hour and in winter they form hunting packs for better results in the season when not much food is in the offer.

They are smaller than wolves, but they have pretty much similar social behavior and habits. Due to their shadow walks and canine chorus, they are considered to be very talkative in their distinctive call in wilderness. They match in February and the babies are on the way in early spring, when the coyotes use dens rather that sleeping above ground. The alpha couple is forever together and put all common efforts in raising up the young coyotes and protecting them from the natural enemies and predators. That is why their dens are perfectly safe and hidden from the dangerous eyes, with bushes or trees, almost some type of slope for drainage. Sometimes, females move their young from one den to another, if they sense the danger from outside. It was also written that in urban areas, some coyotes have made their homes in lost parking lots and abounded buildings. 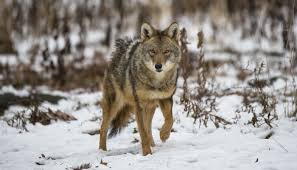 It is very sad to note that those wild dogs don’t live long in freedom but only in captivity up to 15 years. The reason for their short life is the lack of life quality and the permanent dangers they are facing up. The interesting is statistics from Chicago that has confirmed that coyotes have only 60% of chance for survival one year. The young pups die due to the lack of food and traffic accidents but still have more chance to live if we compare with rural fields where they have been haunted illegally and sometimes for no reason at all. We must admit that their life expectancy depends on many factors but almost in all of them, the human factor and presence is the first one. The people sometimes are really blind in their hatred for coyotes, blaming them for bad harvesting or dying livestock. The truth is naked and raw. The people are those who messed with natural habitats of many wild animals, causing their coming into urban zones and putting them into role to compete for food with us, in our habitats. At the end of the day, we are responsible to take care of the nature and its residents, but we are only capable to cause destructions, to ruin species and their important places in our ecosystem order. 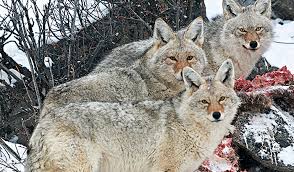 The purpose of this article is not to defend coyotes without any logical arguments but rather to show another side of the problem, created by greedy human race, as always.

We complain that wild animals are attacking our farm animals and causing us a damage, but have we ever asked ourselves where are the borders of our egoism and selfishness? I believe that humans failed to understand circle of life and mutual harmony among all Earthlings. The people aren’t here on this Planet only to exploit but also to protect, build and encourage other species and their roles in nature.

Personally, I don’t believe that is pretty much nice walking around alone and having a feeling that some solitary coyote may attack you as an individual target or even worse, if the whole pack is running you after. Nevertheless, there must be a strategy that will ensure the habitat to those beautiful mammals and protect us from them and to protect them from us. It is possible but it must be found. Their significant importance to boost diversity through controlling healthy population of other animal species couldn’t be replaced with human interfering and artificial mechanisms and tools of nature work deeds. With the coyotes, the nature is regulating itself the predator/prey balance and allowing the perfect and consistent relations among all subjects. Without them, the prey population would be massively produced and would overcome the reservoirs, bringing the worst out the nature, enabling infection, infestation, and deviation of the natural processes. 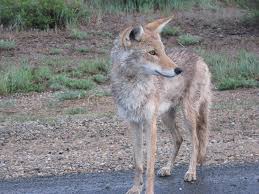 The coyotes are very clever mammals that look like wolves, behave like wolves, and remind us on the abounded, street dogs with hungry eyes. Their hearts are, despite all, just the hearts of animals that need to survive every day and provide safety and food to their babies, with no agenda to hurt us our comfort zones. Long time ago, we destroyed their comfort zone and sent them to there and back, with no mercy. 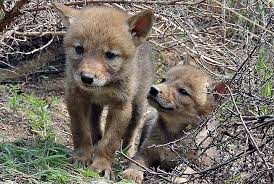 One thought on “THE COYOTE´S TALE: THERE AND BACK AGAIN”

NYCTOPHOBIA: ARE YOU AFRAID, WHEN THE DARK FALLS ?

THE MUSHROOMS: THE FUNGI THAT PLAY ROLE AS VEGETABLES