BETWEEN WILDLIFE CRIME AND EXTINCTION

Each of us know the story about the bad situation of the pangolins, especially because of the growing demands for those innocent animals on the Asian wildlife markets. It seems that Chineses and other all-things eaters do not learn about the environment, wildlife and nature. In order to feed the overpopulated number of people on their territories or to fulfil their ignorant ideas about being forever potent or forever young, they risk the whole, global wildlife….the rare animals that are more valued to the world than all their serial produced children and unlimited multiplication. This Earth doesn’t need more children but more responsible people who will take care of Planet and keep it safe and healthy for the future generations.

The problem with some of Asian people, mostly Chineses, is that they do not think logically and compassionately. For them, everything could be on the kitchen table and they eat all, as it seems. No rules at all. The stomach must be full. Honestly, it is disgusting and I really find them the worst nation, due to their sick relation with animals. I have only respect for animal freedom fighters in China, who refused such a constellation and who fight on daily level to save animals, all what they can. They live every day under stress and risk to be vanished or killed. That land, no matter how tries to sell itself advanced and progressed is nothing but a sadistic culture with deviated diet culture.

The crucial importance of the pangolins has been noted this year, when the virus Covid19 crawled out and reminded us how low and weak we are, in the shadow of the invisible enemy. The stories have been different and some of them  included this mammal as the source of the Corona virus.  This statement, indeed, opened the reality of their life under constant threaten from the poachers and their role on the illegal wildlife markets.

Those burrowing animals are being illegal traded because some ignorant people have sold their thoughts that pangolins have medical use in Chinese traditional practice. Again, we are there with Chineses who come out with their lack of common sense, lack of empathy and lack of social and environmental responsibility. The scientists who checked the matter are sure that pangolins keratin scales are medicinally useless but how we can pass that on the uneducated mass that still believes on some backward ideas?

The International Fund for Animal Welfare(IFAW) has alarmed the public that those illegal markets and business with pangolins is still not stopped, in spite of all Corona promises:” Nearly 180 nongovernmental organisations and individuals signed an appeal In May 2018 urging China to upgrade legal protection for pangolins, reports Caixin Global. Currently, China lists pangolins as a grade two National Key Protected Species. This classification means pangolins can be used and traded with official approval and 25 tons of pangolin scales can be used in medicinal products per year.”

The emergency here is that African lands do not give up to do poaching of pangolins because they need dirty money from China and if we follow the line of demand and offer, we can conclude that all of those countries have share in this case of coming pangolin extinction. You cant expect from Ghana, Nigeria or Cameroon to not say no to the Chinese money but you can and you must expect from China, that will supply the world market, on many fields, the logical outlook and rational behaviour. According to some statistics, about 20 tons of pangolins and their parts are trafficked internationally every single year. Keep in mind that there are no so good protection rules that can comfort this los on the global wildlife scene.  This is really wasteful, embracing and ignorant and it is still happening in so called modern world.

Those animals are even now, very mysterious. The science tries to give us some answers about pangolins life patterns but all we know is that they are solitary, nocturnal and very secretive. An ancient Chinese legend has described the pangolin as the rare animal that digs though the mountain, due to the fact that some of them live in underground places while others climb.  When they feel endangered, they will curl up and hope that attacker wont dare to try their keratin shield. But, bloody poachers and evil people with their greedy agendas don’t give up on chasing them and turning them into forgotten and extinct animals. Back in 1990s, the kilogram of their scales war about £8.50 and now it is more than £360. 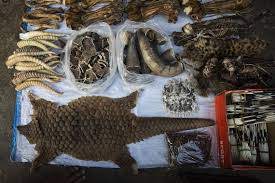 Many people even don’t know about this shy animal, that is big as normal, domestic cat but the world will lose them before we really learn about them and their authenticity. They are harmless and they do not endanger anyone but they are endangered themselves because of some primitive and backward cultures and greed that is typical for human race nowadays.

I am not sure how we all really can help but something must be done for them, before it is too late and we can only keep a memory and regret that we haven’t enough brave to speak for those that are voiceless. First, we need to inform people all over that the medical use of pangolins is with no effects, it is just a big waste. The science and medicine must be stronger as tribe tales and ignorance. The China, as a big encourager of illegal wildlife markets, must be put under global pressure and economical deals….once when their animal policy   is controlled by rest of the world, through the boycott of their products and supplies, we will be on the right way. They are very sensible on money fluctuations and once when money is low, maybe they will change their priorities and learn to cooperate with the world they want to supply.  There is no any excuse for their ridiculous behaviour and I am sure everyone can live without “Made in China” products but we cant live without pangolins, if they are gone from our precious ecosystem.

There are also the following organisations that work in pangolin protection area:

Care for the Wild

We have to be guardians of this Planet and we need to take care of each single  creature we have. It is good for us and it is good for our Earth. The compassion and love must replace the lunacy and greed. That is the only chance to survive, not only diseases as Corona but all new what is coming to us, as Karma must serve its final meal.

3 thoughts on “THE PANGOLINS: ENDANGERED BY GREED AND IGNORANCE”

THE MODERN QUASIMODO : PEOPLE BORN WITH SOME DEFECTS