MY OWN FAIRY TALE 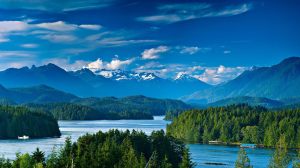 Thomas is almost 40 years old, but his life experiences are much older and deeper. He was poor and rich at the same time; he was everything and nothing, but he remained the same, good boy Tommy from Vancouver, the city among stars, ocean and woods. My best friend ever. His stories about his Canada are one of a kind. If you didn’t want to move there, after any of Tommy´s narrations, you would immediately pack your stuff and ask the Universe, if you can be a Canadian.

I know I am in love with Canada, since the day one, when I heard about this land. Maybe I was only 7 years old when my dad had shared a dream to immigrate to Canada and work as a forest ranger. The mom didn’t want to leave her family and friends, but my dad has never stopped imaging wild Canada as his peaceful home. I remember that he used to tell me about great grizzly bears, reindeer that visit Canadian gardens in the winter, about red maple leaf that means hope, prosperity and justice. Somehow, I promised myself that Canada will be my home, one day, no matter when….and how and why….it was written in the book of soul secrets and it shall be, when the time is right.

What is so authentic about Canada? It is not one of the most glorious countries, but its beauty is remarkable in some vintage, raw, natural way. That’s as we compare the real, shinning look of Marylin Monroe or Marlon Brando with the army of artificial and cloned faces of our nowadays. Canada is timeless because it has kept nature and wildlife as its main attribute. 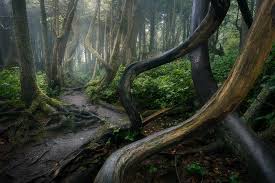 I asked Thomas to tell me what his favorite place in Canada is, and he is mentioned the Vancouver Island, that seemed like a fairy tale and fairy tales must be narrated and passed on. Why? Because its on Fodor´s Go List for 2020, the largest island on North America´s Pacific Coast and the place full of magic, ancient cedars, clean blue ocean, sandy beaches and numerous roads for a real outdoor adventure.

British Columbia is known to be a home of complex wildlife and advanced wood labyrinths, but the Vancouver Island hit the nails with its touristic attractions and spiritual moments. If you are like to believe in dragons, Gandalf or even creatures from swamps, you will find your thrilling on Vancouver Island, that stretches for 460 kilometers from the capital of Victoria in the south to the beaches and rocky peaks in the north. This is a type of island blessed with all, during all seasons. You can go here swimming, surfing, paddling in the summer but you can also do hiking in the fall or mountain biking in the spring. When the winter comes, you can challenge the wind, whales and the unpredictable ecosystem.

The purpose of my text is not to convince you that you need to boom your next holiday on this isle but to learn new and wonderful things about the beauty of our Planet. Maybe you haven’t known that there are about 308 plant and animal species and subspecies endemic to Canada, but many of them could be found in B.C. and its hot spot, Vancouver Island. I find so exciting that wildlife and humans cooperate so good on this fantastic place, without too much disturbing of each other. This is so called balance, the formula that must be applied on other regions, countries and the whole world, indeed.

For animal lovers, just a though about freedom of observing powerful birds and their rhythmic as well as whale dancing and the complete marine biology is a ticket to the paradise. I see myself surfing in Tofino…. why not? Isn’t life about finding lost tranquility and recipe for happiness? I believe the key for that door is on Vancouver Island. There is something odd, fantastic, scary and alluring at the same time. 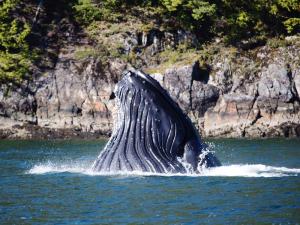 My friend Tom shared, long time ago, his strange outdoor memories from the hidden Canadian heaven. He believed he had seen some creature in the rainforest. I don’t know what to think about this but I am aware that there are many travelers that report the same, like the Canadian Loch Ness monster, known in Canadian folklore as Ogopogo or Oggy. So, some wanderer and wonderers are sure that they met Oggy in the misty rain forest surrounding of the Vancouver isle and as Canopy organization writes :”More than three-quarters of the productive ancient rainforest on Vancouver Island has already been logged. The forests that remain house dozens of threatened and endangered species such as the threatened Marbled Murrelet and Northern Pygmy Owl. These rich habitats are also home to other species such as bears, cougars and wolves. In addition, these magnificent forests help to mitigate climate change, storing more atmospheric carbon per hectare than almost any other forest on earth. Located on the west coast of Vancouver Island is world-renowned Clayoquot Sound, the largest intact rainforest remaining on the Island. Clayoquot Sound was the site of the largest peaceful logging blockade in Canadian history and has become iconic for its beauty and ecological richness. Regardless, the fate of Clayoquot Sound’s remaining unprotected rainforest areas remains unresolved. Another area of significance is the central Walbran Valley, where magnificent stands of western red cedar, some more than a thousand years old stand. Sadly, this remarkable forest has been flagged for logging and its future is teetering on the edge.” This is not only about pure science but also about interesting urban legends that keep us excited to discover new things and inviting corners of breathtaking Canadian nature.

Many good people  advised me to go for my mission and if it is led by heart, it can’t be wrong. I don’t know what is about Canada that is calling me all the time, but I need to check…maybe elegant whales that play on the ocean sunset or scenic Oggy waited to be captured by my camera. Nevertheless, I know it is my home since I was born. 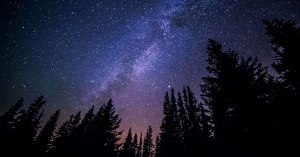 OUR SEPTEMBER HERO: THE KOALAS, ONE OF A KIND CREATURE