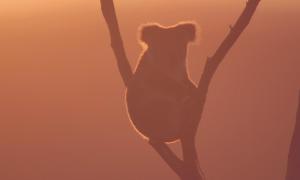 AUSTRALIA AND ITS NATURAL DISASTER – HOW WE CAN SIMPLY HELP? 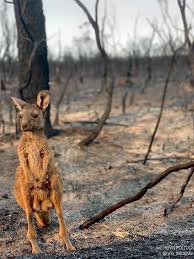 “Once people come in Australia, they join the team. “

I love Australia, its wide continent, beautiful sunsets, wild oceans, breathtaking wildlife and smiling people. It is  a land of million opportunities and one big heart that is always there to help.  Unfortunately, Australia is since September 2019 in fight with bushfires, trying to survive it and save what is rest from wonderful animal world. 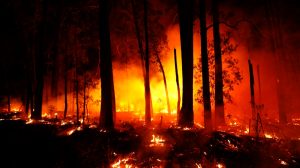 When I saw, for the first time, devastating photos from relocated and burnt Australian animals, due to the rise of summer bushfires and terrible long  drought, I immediately knew I have to do something, anything. Maybe I can’t volunteer and rescue all of those cute animals but I can share information, inform people all over the globe, donate and ask for international help. We are all one in this and I want that Australia and Australians know they aren’t alone. 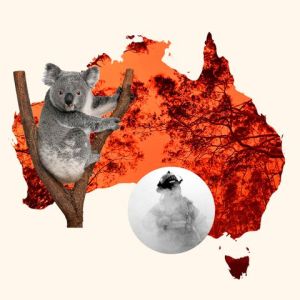 The problem aside the natural emergency in Australia is manipulation with the facts and political accusations between the parties and theorists. One believe that the reason of those unstoppable bushfire is the climate change and global warming while others laugh about this as about delusional acting of greenies.  The people who are unable to really debate logically and accept the rational discussions with open minds are those who usually come out with ideas that fire is a result of Islamic State activists or fanatic environmentalists who are manufacturing ecoterrorist attacks. I believe this is all shameful and not needed at the moment when Australia needs all help, support and unity in fighting the fire that killed millions of animals, burnt thousands of acres of land and deployed hundreds of people homes. Whoever used those lies and misleading information in gaining political points is nothing but a lunatic who doesn’t deserve this oxygen. 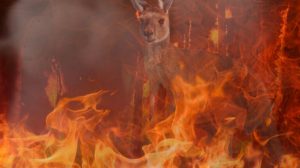 One of the leading professors and experts in the field of climate change, dr. Will Steffen, a member of Australia’s Climate Council and the director of Australian National University´s Climate Change Institute has an opinion that fabricated lies are faster than the Australian bushfire:“In my mind, I think it’s a serious issue and it is potentially very dangerous. That’s because the bushfire situation is very dangerous … the evidence is overwhelming that climate change is playing a prominent role in worsening bushfire conditions across Australia. People who are for whatever reason trying to put out false or extremely misleading information are actually doing a huge disservice to the risk to human life in the future, the risk to property, the risk to the natural world, and indeed the risk to economy.” 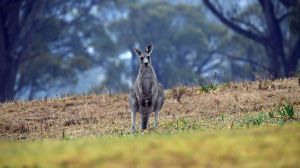 The main issue now is not only how to stop fire but how to stop deviations of the truth and international polarisation of people, based on their convenience that fire is a natural outcome of the climate changes or the plot of arsonists. If we take a look at the history of bushfire in Australia, we have to think of the arson and arsonists, who took responsibility for some of the worst Australian bushfires, especially back in 2009 – Black Saturday fires in New South Wales.  This time, the trolls and boots on social media, have reconstructed the truth and offered the explanation: arsonists are active again and the Australia suffers only because of them. Some political right wings media have informed about even 183 eco-terrorists who are directly included in this emergency crisis. This has helped to all conservative platforms all over the world to claim that there is no climate change and that all is a human created matter. Those claims lack and forth at the time when every moment is crucial and significant for saving people and animal lives is actually a big shame for the political world and all governments together. Instead of putting differences behind and focus on one goal – stopping the aggressive fire – they are blaming each others and trying to collect cheap support from public. 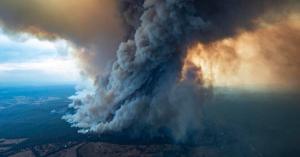 I would say that natural indicators should be first to blame, like lightning strikes in drought-affected forests and also the ignorant human beings who are having their own agenda. The climate change has worsened the impact of natural disasters and their volume. The summers are hotter and the fire are started earlier and with greater intensity. The beginning black statistics is bring tears in the eyes since we know so far that almost 3 millions hectares have been burned across those six states and that is appoximatily the surface of Belgium and Denmark together. The worst is in NSW and it seems there is no end of fire explosions. The next catastrophic figure is that about half a billion animals have been affected by the ruinous fires in NSW ad the millions are indeed dead. We all know how rich is Australian wildlife and now imagine all those mammals, birds, reptiles and their traumatic fight for life ended with death with no mercy. The pictures of poor animals lost in fire ash, trying to run away but still trapped will never leave out my head. I am crashed by all of those screams and innocent lives that paid for the ignorance of human race. Like that is not enough, the Australian government decided to cull 10,000 camels to save the water. Whoever that concluded has an evil soul because we don’t save one animal killing another one. They are all someone and I am angry to know that those precious water they talk about is actually in 43% used for agricultural production, mostly for the meat and dairy production and only 10% for the fruit and vegetables production for human consumption. As I have read somewhere, it takes 15,000 litres of water to produce 1 kilo of beef and 1,000 litres of water for 1 litre of milk. How then can camels be such a big problem? 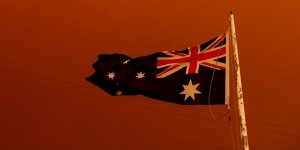 The firefighters are the real heroes of Australia and I think we all need to celebrate them because they do not give up on battling with jaws of fire and to help those who they find on that road. Their hearts are bigger as the whole universe and I am blessed to see how ordinary people in Australia do extraordinary things to help, save and rescue all what is possible. The hunters save wild animals, the farmers relocate their water stations and make them opened for the wildlife. The everyday people, men and women are offering their time, hands and homes to the innocent wild and domestic animals, trying to stop the fire apocalypse. Australia is one at this moment and the war with nature wont be ended soon, since it is just the start of the summer season and drought waves.  This means, Australia needs our help more than ever. Every rescuing actions costs and the brave organisations that try to help endangered animals and people need some kind of material and financial support.  It is also very important that you check out where you will donate and who is that organisation since there have been some that do not have legal and honest missions. To be sure you are doing the right thing, you can always go through the officially known portals for supporting Australia and its wildlife. 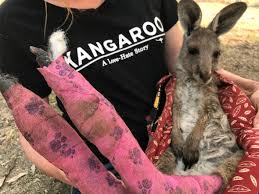 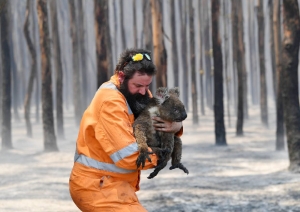 As I have informed in some of my previous posts an articles,  the best way to help koalas is to donate to the Port Macquarie Koala Hospital: 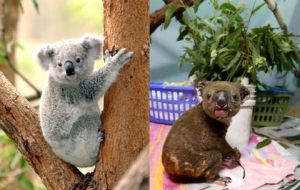 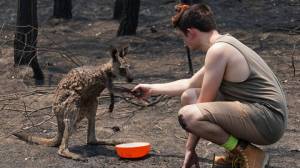 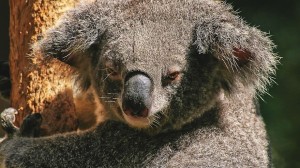 If you want to help local firefighting service, here is the NSW department of fire fighters: 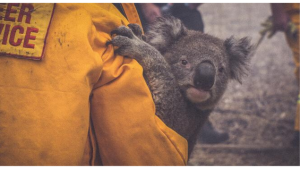 However you decide, be sure that you are doing the right thing, the best thing at the moment.  Even if you don’t have financial opportunities to donate, think of doing something else, like sending some needed supplies to Australia, for animals. One excellent example is  a global movement of knitters to knit, crochet and sew the clothes and shelters for affected animals. Animal Rescue Craft Guild is a social media group that is collecting supplies from the whole world for animals in Australia. It is amazing to see how many people have positively reacted and knitted and sewed for animals and sending them, from America, Europe and Asia. Carolina Waterfowl Rescue called all hand-made creative people all over the planet to craft and send needs to Australian wildlife organisations since they need lot of joey pouches, bat wraps, blankets, and possum or bird boxes. They should be made from 100% natural elements and for more informations and details, please contact the mentioned groups. 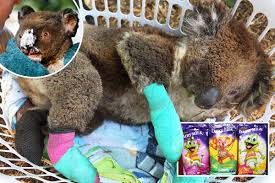 The world is with Australia and this is our chance to get close to nature and to learn to have respect for it. The good planets hard to find and we need to protect the only home we have and our little fellows on the Earth, animals. They deserve this home as well as we and they need our help now more than ever.

Be Australian now. Be  human and be a human being. Be Earthling because that is all we need to be. 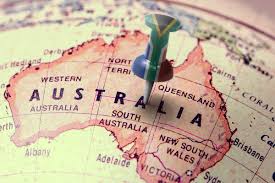 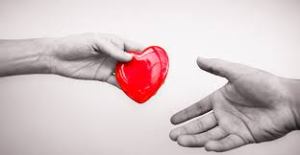 One thought on “THE AUSTRALIAN SAGA OF SADNESS: FIRE, PAIN AND DEATH”

SASKATCHEWAN: THE LAND OF LIVING SKIES