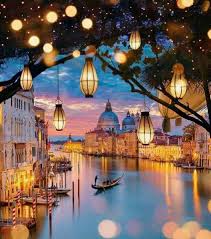 THE PORTRAY OF TIMELESS ITALIAN BEAUTY OF MIRAGE 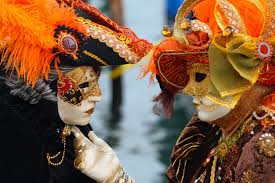 “The Creator made Italy from design by Michaelangelo.”

Long time ago, I discovered Venice and took it in my heart for eternity. It was like an oath, I promised I will love this city forever….La Serenissima, the gem among precious stones, the queen of all kingdoms, the fire on the water. Back in 2006, when I first visited Venice, I believed that I had lived there in all of my previous lives. It was almost like journey to home, when the soul is finally happy and comforted, there where the canals, abounded buildings, hidden echoes of past and touristic crowd make the perfect harmony. Venice is like an urban myth. We all know it exists somewhere but only when we are finally there, when we feel its thrilling spirit, we believe in reality, we know that is real, so beautiful and shy, so powerful and gentle at the same time. Venice knows it is created to be authentic, amazing and unforgettable. There are so many cities all over the world, but cities are like people, not all of them are given the endless charisma and unique charm.

After 13 long years, I am again in the city of masks. I am at home and I am trembling. Wherever I look at, I feel myself connected, deep inside, like in every single part of this queen of Adriatic, one part of my soul is sleeping and waiting to be awaken and embraced again by me. The Floating City has always had some kind of strange magic,  magnetic field that drives us crazy, passionate and reborn. It is some kind of The Venice Syndrome that let you experience the time travel at one moment. The all of those 400 bridges, old book stores and antic palaces are maybe  voiceless but if you can listen, you will be given the chance to feel the unspoken stories and to experience the hidden sagas of La Dominante. The real history is not in our books and the touristic writings, it is there where you can catch it with your heart. 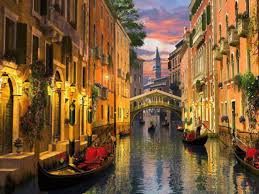 The medieval contesse, the beloved among all beloved, hasn’t been so innocent Water city. The sins have been numerous because people wanted always more, they provoked the common sense and they even crossed in the land of bestiality. Venice  has been like a lady that has forgotten her good manners and has tried to challenge the life against death .Before Black Death attacked Venice, the Venetians have enjoyed the rich social and cultural life. It was all there and Republic has been colourful and smiled, optimistic and proud. After Plague has arrived, at one of the happy rats,  the darkness ate the charming city of the mirrors. The thousands men, women and children have been sick and died, forgotten on the quarantine  island, Lazzaretto Vecchio:“The concept of a lazaret began in 1485, when a devastating plague outbreak hit Venice and killed even the doge, or the head of state, at the time, Giovanni Mocenigo. Venice’s government built a public hospital on Lazzaretto Vecchio to isolate the infectious and curb the disease’s spread. At the time the island was named Santa Maria di Nazareth, but people also called it Nazarethum or Lazaretum. The second name prevailed and eventually gave rise to the modern word lazaret. But conditions in Lazzaretto Vecchio during plague outbreaks were far from modern hospital’s standards.’It looked like hell … The sick lay three or four in a bed’wrote the 16th-century Venetian chronicler Rocco Benedetti.’Workers collected the dead and threw them in the graves all day without a break. Often the dying ones and the ones too sick to move or talk were taken for dead and thrown on the piled corpses.’The lucky ones who survived and recovered spent their convalescence on the near island of Lazzaretto Nuovo. Celebrating Carnival each year, Venetians still remember their historic past. They dress up in masks and costumes that represent the Bubonic Plague, the discovery of a quarantine island, a female vampire in Venice, and its impact on their history.” 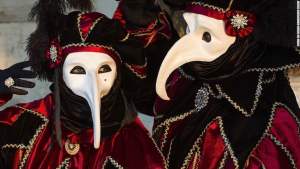 The Plague is an important chapter of the history of La Serenissima. Why? Because it has completely  changed the setting. The queen of golden masks, silver mirrors and deadly sins has been shaped into the ordinary town that is afraid from any shadow with the mask of Black Death. The obscure parties have been replaced with hunting season on the witches, Jews and sick. How many of innocent have been burnt and buried, false accused for sins they have never made? It was a victim that Venice had to offer to the God, to the all Gods that has suddenly found in all accumulated fears for a future. When I walk down the streets of Venice, I do not see how it is now. I see it through the prism of history, as brilliant and devastated, as marvellous and evil at the same time. It is a curse to know so much and to not be able to enjoy the nowadays sweet Venice because of the bitter taste from the past. In 18 months of Plague, almost 80,000 Venetians passed away. The city-state has never been able to defeat the furious rat with the bacillus of the bubonic plague but the Venetian cats have remained the symbol of victory, together with Madonna and promises to God. 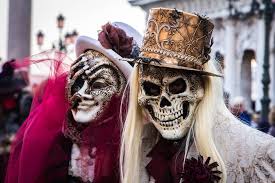 Personally, I find the masks of Black Death grotesque. They make me feel uncomfortable, they make Plague so alive, even now, in the age of penicillin and prosperous medicine, the grin of Black Goddess is so sinister, like a reminder that we aren’t  perfect as we think we are. The old lady that has a shop with carnival masks and souvenirs, Loretta, explained me that Plague Doctors mask is one of the most popular.  People usually love dark things, they find them always good, like a celebration of life, of the fact that they survived, they were enough lucky. Those Plague Doctors have been hunters on profit, some were doctors but many have been lucrative players that abused the time fo their own blessings. They counted sick and death and they decided who is in between:”Their relationship to death made them intimidating figures, but what transformed the Plague Doctor into a true sight of terror was their costume. Plague Doctors wore dark garments of wax-coated canvas. To ensure every part of their body was shielded from infectious disease, they wore a hat, leather hood, and mask strapped to their faces. The mask is the most iconic figure of the Black Plague. These leather masks resembled long beaks of birds and were designed to hold fragrances, warding off the disease.” 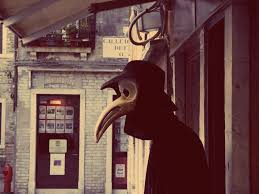 The carnival is actually a celebration of the time of rise for Venice, its road into the renaissance and rainbow of the civilisation.  It is also a silent guardian on the border between the land of allowed deeds and those that are forbidden. The proof that God is pleased with Venetians and their prayers and that he promises not to send his evil riders in the golden city of phantasies, hope and mirages, as long as the sins are not masked and the beauty of souls is replaced with beauty of bodies. 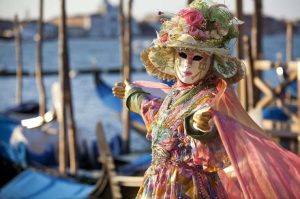 La Serenissima has survived and it will always survive… till the moment when wild  sea eats up the never-ending city and sends the Black Death into the real underwater darkness. For the sake of humanity, the mermaid of Adriatic must be saved and protected. 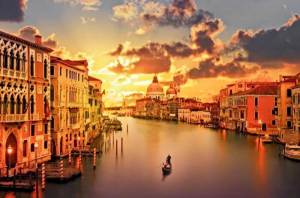 3 thoughts on “LA SERENISSIMA: VENICE, THE CITY OF MIRRORS AND PASSION”

THE STALKER: HOW SERIAL KILLERS PICK OUT THEIR PREY?

THE CHILDREN OF DARKNESS: WHO PROFITS ON ABORTION?