I do not know how to explain the invisible and deadly perfection of viruses, those molecular sharks, capable to kill the humanity without mercy. It is obvious that the virus itself is the most dangerous weapon of the Nature, ready to be used in every moment, against human kind that is not kind anymore. The survival logic of microbes is almost old like a saga about Earth. They are here to live, to find a new host, to survive, to win. They do not have ethic code; they do not care if they are lost in America, Europe or Africa, the only care how to multiply, to get one more circle of life or to be forgotten as crystals. 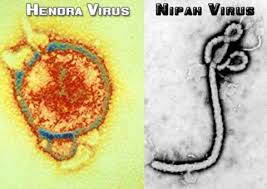 The holistic approach of destruction has achieved so many levels that Mother Nature is continually sick. Sometimes it is just a feeling that all evil deeds what we do against Earth are turning into malign cells of our own end. The metastasis has been started long time ago and the total collapse is just a matter of time. The industrial aggravation and deforestation have caused environmental suicide and wildlife mass extinct. There are no borders between human beings and pure nature, we have all conquered, it all belongs to us so the viruses. Nevertheless, they refused to surrender and to accept the ignorant rules of civilization but to write their own rules that bring us new, infectious diseases and unstoppable epidemics.

Back in 1994, the world has faced up with Ebola´s Australian sister, Hendra virus. The scientist described this virus as a cause of fatal pulmonary disease of horses and their human caretakers in Australia:”Natural infections and disease have been reported in humans and horses and experimentally-induced in cats and guinea pigs. Fruit bats (flying foxes) in the genus Pteropus are the reservoir host for the virus, carrying the virus subclinically and serving as the source of infection for horses. Most human infections have occurred following contact with infected clinically ill horses. Hendra virus and the related Nipah virus are members of the genus Henipavirus, family Paramyxoviridae. Hendra virus has tropism for endothelial cells, and many of the lesions arise from vascular injury. Viral particles are detectable in the cytoplasm of endothelial cells. Gross lesions in horses reflect the viral vascular tropism, and include prominent pulmonary edema and congestion with dilation of subpleural lymphatic vessels, petechial hemorrhages, and abundant tracheal froth. The most prominent histologic lesion is serofibrinous fluid and increased numbers of macrophages in alveoli. Closer inspection reveals subtle vascular lesions in the lung, heart, glomeruli, and stomach, consisting of thrombi in capillaries and/or necrotic debris and hemorrhage in the walls of arterioles.” 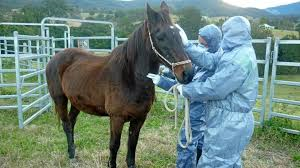 The Hendra virus is very rare zoonotic disease with aggressive clinical picture and negative and mostly fatal outcome. Since they are hosted in fruit bats, they can come in touch with mammals and humans, forming the epidemic chain.

The researchers have already warned about the fact that the urban world is destroying the natural habitat of many creatures and move the radius of risk for zoonosis to jump into the humanity. If we destroy the natural surroundings of flying fox, how we can expect that they will not come to us, sharing their own blessings as our final cursing. The ecosystem is in permanent modification, caused by active human access to the unlimited sources of the nature. The line of indicators that influence the immigration of animal-borne vectors goes from ecological to those that are elements of public health.

The term spillover has been introduced to us through David Quammen´s book that has analysed the domino effect of deforestation, zoonotic outbreaks and human pandemics. His research leads us into the hidden laboratories, veiled research stories and the silence of those who died in terrible pain. In his Spillover, he shows us the black future of epidemiologic picture of the world we know. Based on the accumulated knowledge and gathered ground information, he has opened the Pandora’s Box, allowing the demons to come out among people, bringing new nightmare into the reality. According to this science writer, the millions of people could possible die in the coming pandemics that will jump out from some of the killed rainforests or scared bats. 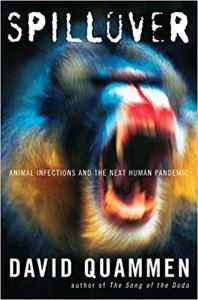 The Hendra virus symptoms could be respiratory or neurologically, depending on virus being located in lungs or in brain. The incubation is between 9 and 16 days and it could be ended tragically in 57% of cases, especially if progress into encephalitis.

There is no effective medicament against Hendra virus and it is all on the supportive basis. It is recommended prevention rather than treatment, as always when it comes to the rare emerging diseases. The people who are exposed to the potentially infected mammals are obligated to wear protective suits and equipment and to follow the epidemic measures and standard. 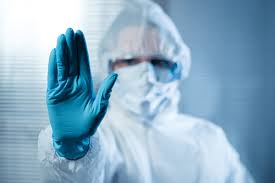 The new age infectious diseases are not proof of human superiority over the nature but rather the failure of common sense and understanding of the micro world within our world, the species that is trying to destroy our own, jumping from one host to another, spreading the fear from the patient zero. 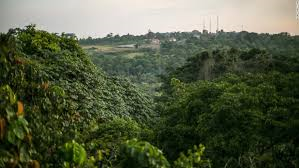 Somewhere in the dark jungle is lurking the new hypnotic bug that is waiting the time of the life, the right moment, and the omega chapter of our sad tale. Then, like in Hendra , the virus will sign the oath of revenge for all who suffered for the sake of humans, for their plastic values and their timeless greed, for all innocent creatures that died just for homo sapiens to be saved.

THE SON DOONG CAVE: A NATURAL WONDER IN VIETNAM

THE HEART OF AGONY: THE CHILDHOOD LEUKEMIA