THE SICK HOBBY OF BUTTERFLY COLLECTION IS FINALLY OVER 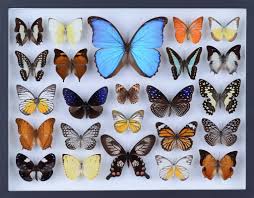 “Just when the caterpillar thought  the world was over, it became a butterfly. “

I am fascinated with the butterflies since the childhood. They are born to be changed, after some time, into the beautiful creatures that are showing us the magical influence of genesis. When we see one simple caterpillar, we have no idea about the marvelous road they will walk on, to become a perfect explosions of colors and vibrations. Nobody has a clue what is behind the final destination but everybody sees the butterfly, as the last drawing of nature, its supreme art. 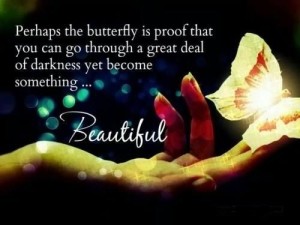 It is a fact that butterfly symbolizes our life. Each of us can compare ourselves with the unpredictable destiny of one caterpillar. What is a life if not a big surprise at the end of the street that ends up after thousands of steps into the right or wrong direction? Some of us finds the wings to fly, some stay forever on the ground, trying to crawl all life long. It is all about genesis and what we are supposed to be or to chose to be, in one moment of our Earth’s  time. 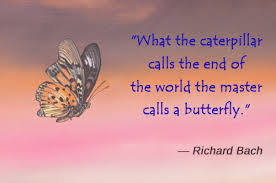 That is why I will never understand the hobby of butterfly collection. How can anyone understand that some creature must die only for eyes of fun? It is more than sad, it is devastating to witness all over again that human beings find soul satisfaction in death of other earthlings.  During the history, there were people that used and abused butterflies for their own image of amusement. They collected them, studied them and pinned them, pretending that they are doing the big thing for a science. Unfortunately, majority of them needed butterflies to hide their own perverted personality and their own true colors of disorders. If we think of old books and movies with elegant sirs and their doom ladies, we can see the scary picture of hundreds of dead butterflies, crucified on the wall of some masqued psychopath that organize tea party at 5 pm.  It has never been normal to collect butterflies and to send them into death just to be seen as someone so unique in sick society of failed desires. Victorian age has brought up the butterfly collection as the educational hobby but beside the real scientists that tried to save the future generations of butterflies from diseases and dying, the exhibitionist of ignorance with lord titles have never understood the meaning of life and death as the circle. For them, collecting butterflies was the sign of authenticity, possibility to catch the new woman for an old purpose.

It is very interesting to follow the explanation of urban dictionary about the butterfly collector.  Nowadays, it is mostly linked with the mental disorders and sociopathy so we can define the social butterfly collector:“A person that treats people like butterfly specimens…they collect them, pin them down, analyse them…and keep them for their own amusement and personal gain..each specimen has a usage phylum..not to be confused with the social butterfly..they are harmless..the collector is deadly!” Many serial killers are collectors of human souvenirs and their mission is always deadly. Instead of rainbow colored butterflies, they catch up the different people under the same pattern of disfigured logic of hate. I guess that we are experiencing the difficult fate of all those butterflies that died for the sake of ignorant human race.

British sense of curiosity has modified the years of British policy too.  Independent analyzed once what has been gone since the old-fashioned politicians have been gone from Downing street:“Here’s a question they might want to borrow for QI. Which two 20th-century British prime ministers collected butterflies? Did you get it right? The answer is Neville Chamberlain and Winston Churchill. Churchill chased butterflies at his prep school, and later in India, Cuba and South Africa. Chamberlain collected them both at home and in the Bahamas. By the time they were in Downing Street, those days were far behind them; but after the war, Churchill attempted to stock his garden at Chartwell with butterflies, while in a corner of his study Chamberlain always kept his cabinets of faded specimens collected as a young man.” We all know how weird is that lord conservative state of mind and that has nothing to do with conservation. They played with life and death like other played chess. The new world is despising the lunacy of old school and offer the chance for cohabitation and mutual respect for all species, or at least  it is trying to achieve that level of awareness.

Something else has been changed too. Our whole environment is suffering from the serious cancer. The earth is dying and we are causing its death due to the years of our systematic policy of destroy.  You can’t chase the butterflies today  so simple. They are protected or they are not there at all. The nature is not anymore so rich to give us the field full of enjoyment because we are getting the forests without birds, the caves without bats and the oceans without fish. We are slowly dying together with the planet but nobody sees it or doesn’t want to see. Butterfly collection is not anymore welcomed, it is odd for the new laptop people that don’t have a contact with nature at all. It is good that we don’t kill butterflies anymore but it is bad because they have been already killed or will be killed through the climate changes and ecological disasters that are bowling around. I have a feeling that we will see the nature soon only on the wallpapers of our super powerful devices and retelling the story of the Earth once upon a time…

I read about the researchers that collected the butterflies to lead their studies and to help to those wonderful insects to live longer, preventing their genetical struggles. It is not nice that they pinned the lovely colorful wings on the wall of hope for the whole butterfly universe but that has helped a lot. The series of butterflies have been studies in advanced research for the years and the adapted ecological and conservation strategy has come out with the list of endangered species and their hot zones. That is the compromise between science and nature, finding survival formule for all, even for butterflies, the most-favored insects of all times.

The social disapproval of butterfly collection started in early sixties. The book “Silent Spring” by rachel Carson remind us about all wrong what we do to the Mother Nature. After John Fowles published a novel “Collector” in 1963, referring the young butterfly collector as the social butterfly collector that tortured the object of his phantasy, Miranda Grey. The writer perfectly described the social lunacy of the butterfly collector and his dangerous nature hidden behind the traditional but strange hobby.  People learn slowly that one who can hurt the innocent animals will not hesitate to hurt the innocent people too. Nobody like to be a prey but we are all born like caterpillars. Some of us never meet the purpose in life but only in death, like the butterflies.

The modern application civilization has no time for butterfly collections but instead of killing them, they are chasing to count them in the great manifestations like the Big Butterfly count, organized by the charity Butterfly Conservation.  The museums of nature and science still give the possibility for people to visit and to learn more about the butterflies through the collected scientific samples but the fascination with butterfly through their death is gone. It has something to do with social pressure, new age demands and busy life. It has something to do with death we are all afraid of.  In the age of social predators, we can all identify ourselves with the weak preys, just waiting to be caught and pinned for some bizarre reason. I guess that feelings have never really left the lonely caterpillars which have dreamt to become vivid butterflies, that have safe flight into the short life on this Planet. 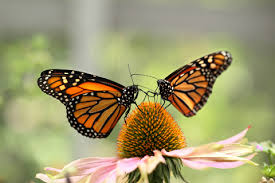 One thought on “THE WINGS OF DEATH:WHO LOVES DEAD BUTTERFLIES?”

NYCTOPHOBIA: DON'T LET ME ALONE IN THE DARK

THE MYSTERY OF HAITIAN VOODOO: DOLLS AND SPELLS OF OUR LIFE