SURVIVAL SKILLS IN THE AGE OF ELECTRICITY POWER BREAKDOWN

My friend Richard told me that he cant deal anymore with the challenges of modern age. It is not about him or his intelligence; it is simply about the lack of operational skills, necessary to be there when the time is right. Richard is a great lawyer and his wife Anne is a remarkable doctor. The both are successful residents of the City of Huntington Woods, in the Wolverine State. They managed to have house and lovely garden, hidden among the typical North American vegetation but when it comes to the obstacles on the road of comfort daily lives, Richard and Anne Cliff are not so perfect. They fail to understand the real, tough and rough life, survival methods and fight for tomorrow after tomorrow.

Why would anyone try to learn how to survive when we live in the 21st century? The Apocalypse is the never-ending topics of religious fanatics, zombie attack is inspiration for computer games fans and it seems that an ordinary person has no reasons for concern, if we forget about economic and political risks. However, there is a ground for a plan B even if a plan A works probably without mistakes or with not many of them. What is happening actually? The reality of broken human security and commodity is happening to all of us and since many of us have the sleepy survival genes, like Cliff Family, there is a big question if we will be able to make through the breakdown of the system we know. 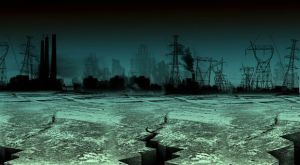 America is one of the countries that is facing with the different kind of provocations that have a goal to disfigure the order that Americans follow and live upon. If we look on the recent years and all natural disasters that have hit American area, we must conclude that apocalyptic movies and books aren’t occurred accidentally. The American public is hungry to know and to learn more about disaster preparedness but through the serious mode and mood and not through the comical portray of Hollywood creepy imagination. Richard and Anne Cliff want to be informed how to go in the darkness and how to make it along that darkness, when the electricity power is down, when the whole world is down. 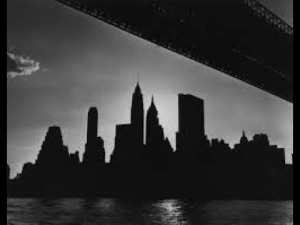 The power grid failure is one of the most complicated failures of the advanced system. The technical domination of our race could be broken in one tiny second because people depend on the electricity and its advantages. It does not surprise that the ideal plot against one targeted subject, especially in the asymmetric wars and conflicts, is diversion against the elements of electricity and water supplies. Without one of them, the people are paralyzed or at least, 99% of them and their activities. The electricity infrastructure is always under the high security measures and additional intersystem control but the failures still happen, if not because of the terrorists, then because of the weather amplitudes. America experienced those bites of the aggressive weather in last 20 years due to the rise of natural disasters, ice storms, tornadoes and hurricanes. In 2013, the Ice Storm disabled the electricity power functions in central Canada and the U.S. and left people without electricity for days. In 2003, the Northeast Blackout was even worse, attacking the households of 55 million people in Canada and some parts of the United States. Not to mention, the floods caused by hurricane Katrina in Louisiana, back in 2005 and all those suffering with electricity energy that gave trouble to 2.6 million people over there. The developed western countries are not free from power grid failures that are happening daily, due to the lack of adequate equipment or simply skilled people to fix the problem. One American expert has warned the government that America will have a serious issue with the power grid failures if this trend keep going on and if investment does not cover the field of electricity power.

According to the electrical engineers, there are usually two causes of power grid failures. The first is related to the system failure and the second one is linked to the equipment failure:” The power grid system may fail due to a disruption of equilibrium in power supplied and power drawn, triggering the line to trip and cutting off the supply of power. A system failure can occur at the supply-end during extreme weather changes, such as a heat wave that causes an increase in the power drawn from the system to power cooling devices, or at the supplier-end if an error occurs in regulating the power input. An equipment failure can occur at the station, transmission line, or transformer level. Any number of factors can be the cause of an equipment failure, such as an error in the digital processing system or physical damage due to an accident, construction, or weather.” There are also other causes that could come from electromagnetic disorders or terrorist activities but they are not occurring so frequently.

What is the most important to do when we experience the total blackout and we find ourselves limited with lack of power grid? The most important thing is to be operatively and mentally prepared that some failures could last for days and that we must have backup solution. In this case, it means that we must be supported by the alternative methods of living unbothered and relatively comfort life. The crucial element of that parallel life is definitely a generator, home backup power system. There are many types of generators and to pick up the right one is not so easy. It depends on financial and logistical circumstances. The most popular are gas-powered generators like DuroMax XP4400E, that is ideal for home use. Nevertheless, the appropriate installation and KNOW-HOW must be followed. The solar panels that save the sun energy during the whole year are not only beneficial for saving money but also for the dark days and nights. Unfortunately, the basic, high investment is a precondition. The portable generators, such as the WEN 56200i can help too but its possibilities arent great. It is always good to know for what we will potentially use generator and how big the house is. The generators could be small (3,000 to 4,000 watts) middle size (5,000 to 8,500 watts) and large (10,000 to 15,000 watts). For a family that has an average household, the relatively good choice is Kohler PRO7.5E that costs about $1,400 but it is a 6,300-watt portable backup system with plenty of power. For all recommendations is also the Generac 6237 ($2,250) that has transfer switch and it is capable to deliver 7,000 watts using natural gas and almost 8,000 watts using propane.

In the case of power grid failures, it is also very significant to have supplies of drinking water. It is estimated that each member of house must have 1-2 gallons available per day. Family that consists of four members needs 56-112 gallons of fresh water, for a period of two weeks. The next idea is to provide the water filter so the water from the unclean sources could be efficiently processed.

Available food is also very crucial for survival. This includes reservoir of conserved food for 15 days at least. Related to food is the need for heating but that could be connected to the backup power system and the reservoir of natural gas and propane. 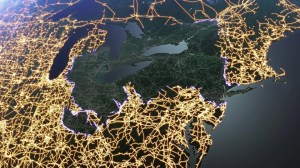 This kind of preparation for the situation of power grid failures do not speak about fatal feelings or negative orientations but about certain level of awareness. In the high-tech age, thoughts about life without electricity power seem like apocalyptic but they are based on the scientific facts. We arent so far away from darkness, it is enough that we have one single mistake and the whole universe of our progress will be ruined. Being prepared is always the cheapest option in the world full of risks. Being prepared on time is the luxus not many dare to have.

5 thoughts on “THE POWER GRID FAILURE – LIGHT UP YOUR DARKNESS”

THE OLD-LINE STATE: MARYLAND, MY MARYLAND