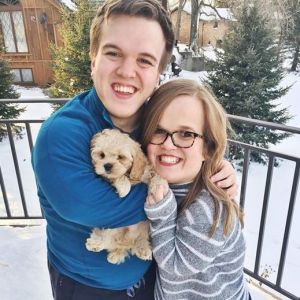 ALL SCIENCE ATTEMPTS TO CURE DWARFISM

“The general public thinks all little people are in circuses or sideshows. We have doctors, nurses, just about every field covered.”

There are no small people but small personalities. There are little people with great personalities and we see them everywhere. They are the crucial element of social diversity, the beautiful color in our collage. Thinking about little persons or dwarfs, as they are medically defined, lead us to the numerous debates about their place within us and about all obstacles, they are facing with.. 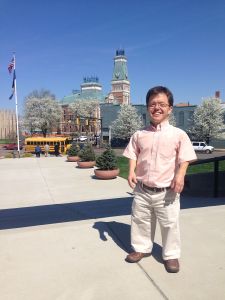 Those little people are not borrowed from the movies and shows, they are real and their sadness and happiness is almost touchable. According to statistics from 2004, there were about 5 million people of short stature but the number is variable since there are always arguments among doctors who could be considered as a dwarf and under which conditions.

Based on the writing of the Little People of America:” dwarfism is a medical or genetic condition that usually results in an adult height of 4’10” or shorter, among both men and women, although in some cases a person with a dwarfing condition may be slightly taller than that.The average height of an adult with dwarfism is 4’0, but typical heights range from 2’8 to 4’8.”

The medicine recognizes   more types of dwarfism. Achondroplasia as a genetic cause that results in disproportionately short arms and legs and its frequency is one per 26,000 to 40,000 births so it is the most common type. On the second place is SEDc, known as spondyloepiphyseal dysplasia congenital, the indicator of disproportionate short stature with statistic one per 95,000 births. Diastrophic dysplasia with one per 110,000 births is the third common type of dwarfism. According to this, achondroplasia takes almost 70% of all cases of dwarfism but there are also about 200 types of dwarfism that haven’t been still diagnosed properly, without any possibility for cure or any medical treatment. The science tries to address the issue of dwarfism but there are so many subcategories and it seems that road of discovery is long and sad, especially for those who suffer from it. 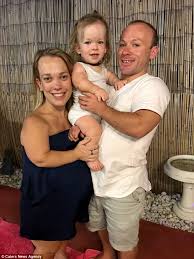 The problem is that dwarfism can not be predicted or somehow prevented with logical measures. Nobody really knows how that happens but there are reports that mostly young and adolescent mothers develop undersize baby, since they have small and tight uterus. On the other side, parents with crucial heart diseases and neurological disorders can also be those with children affected with some form of dwarfism. It is not always the same condition and that is why is so difficult to find a successful cure and to eliminate the dwarfism. At this moment, more than 150,000 children in the USA receive growth hormone therapy that also has its own dangerous consequences. It is very expensive and that means not affordable for many families. Beside it, natural growth hormone could be hazard for health and it was stated that causes fatal Creutzfeldt-Jakob disease. It has been replaced in the meantime by a biosynthetic hormone with FDA approval but it is still a big challenge for medicine to solve the mysterious code of dwarfism.

The question is if little people really want to be like everyone else. The pharmaceuticals companies that invest a lot of time, money and knowledge into the research of a potential cure for dwarfism, have faced up with the irritating silence from the official supporting groups of little people. The BioMarin even shared the positive results with the representative from Little People of America and witnessed the following comment given by Leah Smith, LPA’s director of public relations:” I think they wanted us to be happy. But really, people like me are endangered and now, they want to make me extinct. How can I be happy?” Some little people are so deep in their unique identity and position within society that they have fear they will lose their special attributes and being turned into the everyday ordinary people. They simply don’t want to be cured or they do not want to accept the world without being remarked. For some other little people, the medical progress is the light at the end of the tunnel, the answer on the long-lasting prayers, and the alphabet of final luck. They might be proud and accepted, successful and special but they strive to be like others, even like simple grey mouse but not seen through the eyes of physical disorder and esthetical assessment. Dwarfism is more than a physical disproportion. It is a psychological burden, the trial for soul. Those people have to fight for their place under this sun. They experience very often the negative side of the society grounded on the majority of same individuals. Being different might be worshiped globally but personally, it is still a sign of courage and proof of strong spirit. 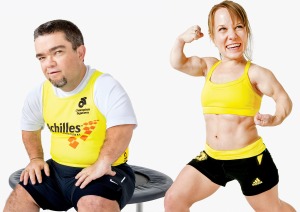 If we look back in the history and open the book of ancient civilizations, we will see that dwarfs have been always considered as link to divine. In Egypt, they have been respected and they had intelligent jobs and important roles. In Middle Kingdoms, their importance is reduced but they have been still used as servants. Later, the Dark Age for dwarfs has brought them pain, disregard, humiliation and survival. Even the period of science prosperity hasn’t saved the integrity of dwarfs. They have been observed, abused and collected as toys. In many books and movies, we can follow the tragic destiny of little people through the history of civilization and lies about humanity.

Nowadays, they are still under the pressure of double-face society and its desire for perfection. The beauty industry and paradise of entertainment try to earn on little people and to give them semi-acceptance as a reward. That is so obvious in the popular reality show “Little People, Big World” made as a documentary of people life with dwarfism. The chance for ordinary people to follow the ordinary life of extraordinary people. It has one good psychological intent, I must admit. The show helps the big world to accept the little people but it should also help the little people to accept the big world. There is no a simple scientific solution for dwarfism and it will take a lot of time for one to be successfully developed, tested and approved. The both sides must build a bridge of patience, tolerance and understanding for each other’s. The big world should find a big heart within little people, embrace them as unique persons and give them chance to be what they want to be.