COULD WE REALLY DEAL WITH SEASON OF FLU? 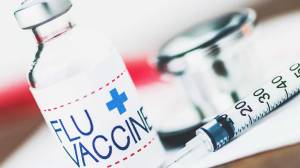 “H3N2 is historically the bad actor among influenzas”

-Anthony Fauci, director of the National Institutes of  Allergy and Infectious Disease

Every season of flu is a bad season for global health since the flu virus is one of the most aggressive and most adaptable viruses that exist. It follows the evolution of the human race and does not give up to trick the medicine and to rape the weakest. Back in 1918, the flu virus strain H1N1 caused the terrible pandemic that reduced the population and increased the fear from an invisible enemy. Now, in the age of exotic infectious diseases, the flu virus seems like a home virus, almost friendly fellow. The truth is out. The flu virus is far away from domestic bug that gives a few days of headache and then is away. The flu virus is a lucrative microbe that mutates very fast and brings the pain or even death to its targets. 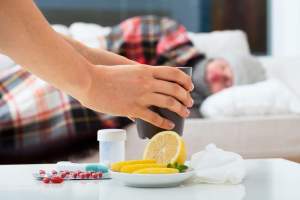 American people are facing up with the scary face of the H3N2 strain of the flu virus. The epidemic horror started at the beginning of October 2017 but in January 2018, the score was frightful. According to the recent data from U.S. Center for Disease Control and Prevention, the potentially deadly flu virus has been already reported in 46 American states and resulted with death of 13 children. If this negative trend keep going, the whole country can reach the hot zone and virus could be epidemic disaster of the years:” Flu viruses mutate every year, and it is common to see several strains of flu during the same season. When the same flu strain strikes repeatedly, people and thus regions tend to build up immunity.” The reality is that the flu virus has developed the very resistible strain that acts as killing machine, especially for young children and old people, known for not so strong immunity. What makes this season of flu so difficult for us? The vaccine that cannot really fight this strain, as it is expected. Since the virus mutated while the influenza vaccines were being incubated. The scientists warn that influenza vaccines are effective about 60% but in this case, when the pervasive strain H3N2 is on the role, their effectiveness is dropping for 30%. In spite of fact that this strain has been recognized as a potential threat, the vaccines bring disappointment. This could mean that people´s immunity is getting worse with each year or that virus organic logic of survival breaks all rules.

The strain H3N2 is together with the strain H1N1 the remarkable identity of influenza type A, known as experts in changing their surface proteins. The researchers try to invent the universal vaccine that will be able to respond on the virus mutations and to defeat the molecular adaptive mechanism of the strains. That is one of the biggest challenge for the science because the ideal vaccine must be so built to attack the virus at its weakest side, the part that has not been changed; it must fight the core itself.

The medical workers believe that any vaccine against flu is a better choice as zero defense. At least, each vaccine needs some time to be activated, 2 weeks is recommended. No matter what is said about vaccines or how people create the hoax based on the tabloid reporting, they are still the most effective weapon against the intelligent molecular shark, flu virus and all its children.

What we actually know about H3N2? It is potentially very dangerous for the people and children that do not have the stable immune system. This strain does not react positive on the effect of the vaccine so it cannot be easily prevented. The symptoms are typical for influenza with more or less complications. If someone develops the fever, body aches, headache and fatigue as well as cough, it might be some sort of flu virus. In which direction the illness will go depends on the body state. The same strain could be deadly for one person and mild for other one. The people do not work on their immunity and believe that all could be solved with vaccines or cures. The problem is that vaccines are not always effective as we hope for and the cures can not address the issue with 100% of success. Instead of blaming medicine for lack of strategies against germs, we should encourage our own body to fight back the microorganisms. Taking antibiotics or Tamiflu each time we feel weak or believe we are sick does not help us but causes damage in the longer period.

The global health specialists have an important task. It is not only about creating the perfect vaccine that will be equipped to reply on the severe viral threats but about creating it on time, before the trigger of epidemic is pulled. One doctor said that the best time for fighting the bugs is before the zero patient is recorded in the hospital somewhere and somehow. In the age of fast air traffic and circulation among countries, the infection is released in its incubation phase. We are not illustrating the potential pandemic with the rise of deadly Ebola virus. Enough disturbing is to imagine flu virus as the world traveler, especially when it is so resistible on the offered program of vaccines. 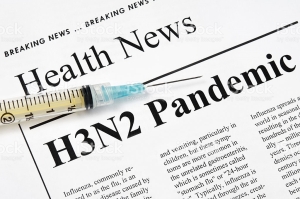 The viruses benefit on the airway freight because of the opened highway for seeking the new host and spreading the infections. This is the simply calculation that microbiological warriors like to follow. From one host to the million and one. Always more until the world is turned into the smashed hosts. We can’t accuse viruses that their mission is to destroy humanity, it is a matter of survival mechanism. They are intruders and they cant cohabitate with our cells since they are created to eat them up. On the other side, bacteria could be seen as a potential coexisting partner within our molecular universe. Regardless, when our immunity fails, the bacteria will abuse it and strike back. This is also an ultimate peace or an ultimate war. We cant play the roulette with bugs and still think we are smarter. At the end of the day, they will show us who is a real master of all disasters. The flu virus is old and intelligent with the capability to sign the final chapter of the book of human race.

2 thoughts on “FLU VIRUS: H3N2 AND RECIPE FOR DISASTER”

MY OLD KENTUCKY HOME: FROM BLUE PEOPLE TO THE ANGEL OF DEATH