THE LAND OF LAKES, DREAMY TRAINS AND CHRISTMAS CAVES 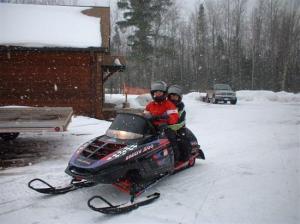 The people who live in Wisconsin are not only Americans but also Wisconsinite. That is very important to keep in mind since the residents of the Dairy land recognize the out-of-towners based on the lack of accent. This could be applied on any other US state but something is special about saying aloud Wisconsin – it is not WEST CONSIN. It is a land of 16,692 lakes, snowmobile trails along 15,210 miles, Harley Davidson motorcycles, milk and badgers.

This American state produces more milk than any other does, deals with cold winter and European spirit of Christmas Market and embraces the wild beauty of nature it has been gifted with. Back in 1882, the first hydroelectric plant in the United States was built at Fox River in Wisconsin and now, the state is well known for its water resources, hidden caves, beautiful hills and valleys. The fascinating fact is seeing the merging of old and modern, the way that famous Wisconsin´s Summer fest welcomes the old Bratwurst tradition in Madison and Swiss cheese rise in Monroe. However, the Madison has not been always the capitol but Belmont in 1836. The oldest city in Wisconsin is Green Bay that has been described by French explorer Jean Nicolet in 1634.

I believe that Wisconsin has an endless and frozen beauty. You cannot separate Wisconsin from white winter, grades below zero and all attractions that are linked to the coldest season of the year. Maybe the one of the most remarkable is the Apostle Island Sea Cave, able to be visited in winter when the Lake Superior freezes over and let it possible to go in and witness the falling ice jewelry inside the cave.

The snow gives an enchanting look to the majority of the local towns, but it seems that Minocqua, Mount Horeb, Sauk City with bald eagles and Prairie du Chien achieve a glorious aura under the snow cover.The whole state manages to stay always in winter mode and Christmas mood. It doesn’t surprise that Carnival of Christmas Lights in exactly in Wisconsin, located at Yogi Bear’s Jellystone Park Camp Resort. The display has more than 1.5 million glittering lights and it is active for more than a month. The family that runs this project is one of those that believes in needs of people to enjoy the celebration of Christmas holidays through the magnificent light show. The decorations of lights exposed on this Carnival are unique and seen nowhere else but in Wisconsin each year as the winter wonderland. From the tiny town of Stockholm that celebrates St. Lucia and has a long Christmas festival to the Cave of the Mounds west of Madison, where the winter caroling is real, Wisconsin is wrapped in the old legends, unforgettable myths and new age tourism appetite. One travel expert has written about the magic of Wisconsin we really feel after visiting Great Wolf Lodge in Wisconsin Dells and the edible gingerbread house, created by bakers. 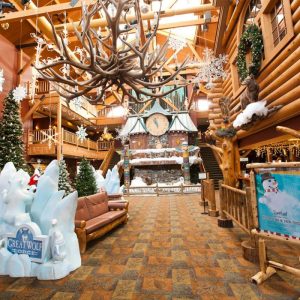 Since this state has a National Railroad Museum, the train is offered in tourist programs as the kind of time travel machine. The sleepy train that crawls into the picturesque towns is a reason more to book a holiday in Wisconsin. However, there are many more eye catchers. If you are a fan of canyoning, some of those small natural beauties must be seen: Apple River Canyon, Echo Canyon and Copper Falls State Park. The History Museum at the Castle in Appleton has been used as a Masonic Temple and now stands so proud near the Fox River and Lawrence University Campus. Its architectural portrait is breathtaking but not as special as a 100-year-old swinging bridge in Gilman, tourist attraction that connect people from Gilman town with their public park, over the Yellow River.

Trip enjoyment is only possible if there is a great food and a good vine. In that case, do not miss to try fried cheese curds, frozen custard, kringle and New Glarus Beer and all recommendations go for the restaurant with the best fish boils ever, Pelletier’s in Fish Creek. 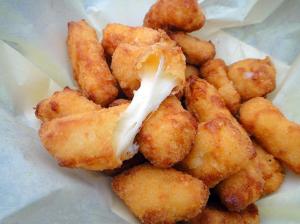 Wisconsin paradise has also its own sinister side, ideal as a pattern for dark tourism. Yes, we are talking here about the abounded, haunted and spots with some kind of evil energy. Wisconsin is well known for the Haunted Road Trip that includes some of the mysterious places, from Wood County Asylum to the Lakeview Sanitarium. The both are attractive to the ghost hunters, excited writers and urban explorers since they are forgotten with painful background. For example, the Alexian Novitiate was a private mansion that has been donated to the Alexian Brothers and has been used as a place where young men trained the priesthood. The Abandoned Milwaukee Solvay Coke and Gas Co. was a company that started working with gas but very soon bankrupted so the facility has been left and full of unspoken tales. Wisconsin has also the long list of ghost towns that are crying over the broken economic destiny and the wind of malign changes in recent years. Whoever would think that the towns like Donaldson with the lumber industry or Poker Ville grounded on gambling and sins will be simply empty? They are officially ghost towns together with Ulao, Cooksville and Dover. 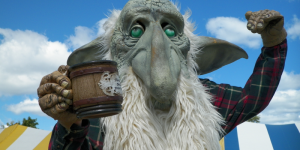 One of the parks, Aztalan State Park has been founded on the former settlements of people near to the Crawfish River is still one of the most beautiful and spookiest places in Wisconsin. It is situated at N6200 County Road in Jefferson with 172 acres and ancient elements:”There was once a large settlement of people who lived next to the Crawfish River, in an area about halfway between Madison and Milwaukee. They flourished there from about 1050 AD to 1200 AD, then mysteriously vanished. The ruins were discovered by white settlers in 1835, and today the area is a state park. No one is sure why the people abandoned this place sometime around 1200 AD. In fact, the entire Mississippian culture disappeared completely from the midwest around the same time. While researchers continue to seek information about this culture and its people, the state park provides a peaceful, beautiful place to visit.” Nobody is sure what is the purpose of three enigmatic platform mounds but archeologists believe they have been used as store place for food or any other ceremonial means.

Wisconsin is considered as the coolest US state with unwritten rules of behavior. If you are there, you have to adopt manners of Wisconsinite. That usually means accept that fall is a season of football, long weekends are made for camping on the north or taking participation in sacred deer hunting. Friday is always for fish fry. It is never too warm but weather forecast doesn’t work well in Wisconsin. Anyway, even for a Halloween, it is very cold but unforgettable, particularly in the northern Milwaukee suburb of Whitefish Bay. They have had jack-o-lantern festival in last 31 years. This is one of the biggest pumpkin festivals in the States and the vibrating shine of orange merges with the fashion sympathy of locals for this color. 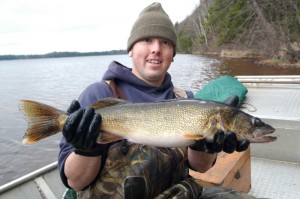 So, please, look on the map, close your eyes and imagine your vacation in Wisconsin. Now, make a reservation in one of the inviting wood cottages, hidden around the Mirror Lake and let yourself dive into the Wisconsin fairy tales. You may like to visit the Appleton’s Butterfly Gardens of Wisconsin first and to end up researching the years of history imprinted on Amnicon Falls State Park. For water lovers, there is a Cave Point County Park – Sturgeon Bay and for wood wanders, the perfection of the Black River Forest. Wherever you are in Wisconsin, you are at home. You smell the cheese; see the delicious cookies with cranberries and hear the laugh of local people, healthy and pretty people with good vibes. 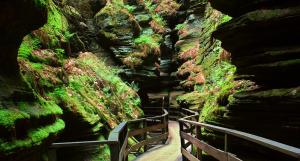 6 thoughts on “ON, WISCONSIN – THROUGH THE DAIRY STATE AND ITS OWN FAIRY TALE”

AMERICA BETWEEN SPIRITS OF CENTURIES: THE INDIAN BURIAL GROUND