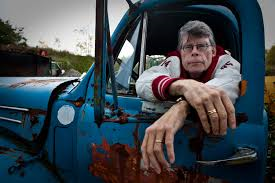 HOW STEPHEN KING’S DARK WRITING HAS COLORED THE DESTINY OF MAINE? 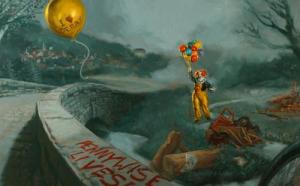 “We make up horrors to help us cope with the real ones.”

There is only one Stephen King, one and only that makes us experience the fears, face up with nightmares and forget the pain. His writing is outstanding proof that the real talent never fails to amaze us and to break the concept of readers comfort zone.

So many people grown up on his books or at least on the movies based on his books. Now, he is a powerful synonym for the successful horror story, the inspiration for the provincial pens with cheap scary imagination and the timeless source of blockbusters in Hollywood. The king from Maine is a legend himself but his beloved Maine too.

I have always wanted to visit Maine, not only because of Stephen King’s marvelous Bangor but also because of so many picturesque towns and lost tales. The smell of fish and port atmosphere merge with the cold wind and wild ocean that kiss the lonely coast. It is simply beautiful to be in Maine, to breathe the Maine in and to grow old in Maine. However, this American state is very well known as Vacationland and it is described in some of touristic portals in the U.S.: ”Maine is home to some of the best skiing in the East, the finest sailing waters this side of the Mediterranean, world-renowned parks, two of America’s best art museums, internationally known shopping areas, award-winning restaurants, dozens of National Historic Landmarks, extraordinary beaches, exceptional kayaking, antique stores that know few peers, nationally ranked golf courses, moose safaris and whale watching trips that are all but guaranteed to succeed, and, well, suffice it to say there is enough entertainment here for a lifetime.”

Maine is a paradise for people, who follow the traces of mysteries too. The spooky corners of this state offer the world we have never seen before and they freeze the adrenaline boosting. After all, it is still undiscovered and under the veil in spite of all fictional books of Stephen King that speak in their own language about parallel universe of Maine. The famous town of Derry that takes place in many of King’s books is actually the result of writer’s perfect fantasy but it has living elements of Bangor, the real town. Known as Transylvania of North America, Maine has all ideal settings for horror story-telling, urban legends and forgotten myths. First, the 90% of Main is covered with forest and that is enough good motive to portrait a dark sinister wood and its strange residents. The tidal coastline long 3,500 miles enables anyone to dream with opened eyes and to create the completely new and exciting orbit. 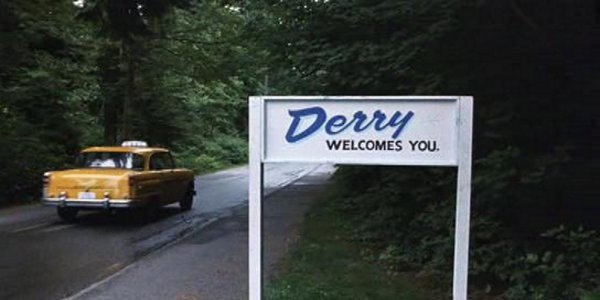 Abenaki, Passamaquoddy, Maliseet and Penobscot were the first inhabitants of Maine so their cultural and traditional values influenced the spiritual layers of this state and the people that will come later here. Some writers described beautiful Maine through the rainbow, like Henry David Thoreau, Kate Douglas Wiggin and John Irving. In spite of them, Stephen King based his collection of writing pearls on the supernatural attribute of Maine. Beside him, Anita Shreve (The Weight of Water), Richard Matheson (Hell House) and Lauren Oliver (Delirium) expressed the evil beauty of the easternmost point of America.

Why dark thoughts and creepy fantasies find their favorite core in Maine? It could be Atlanta or Georgia, but it is always Maine. It screams out with its ghouls, haunted souls, serial killers, zombies, werewolves, vampires or people abducted by aliens and those books and movies are one of the best-selling. As a writer myself, I must admit I desire to find myself lost in Maine and to embrace all metaphysical inspiration that the towns like Portland, Bangor, Belfast, Kennebunk or Rangeley are ready to give.

For all fans of odd things, the numerous attractions turn Maine into the globe for itself. The International Cryptozoology Museum in Portland is just one of those wonders :” The world’s only museum exploring the study of hidden or unknown animals such as Yetis, Bigfoot, Lake Monsters, and Sea Serpents, as well as hundreds of other yet-to-be-found animals (cryptids) is located right here in Maine.” It is interesting that many aspects of Maine have been popularized in movies based on Stephen King’s writing projects. Just to mention Mount Hope cemetery and the house in Hancock, 303 Point Road, that has been used for the movie Pet Sematary in 1989. Stephen King’s ability to mix the real places with fictional events is something that puts him on the top of horror novel industry. Once he said that their books are actually written because he did not find what he want to read and he had to write something to entertain himself. That is a truth. We always write about that what we love to read and about the places and people, we saved in our souls.

Horror lovers around the world have believed that the town of Derry is a real fact and Mr. King told them that Derry is Bangor. It is more than fascinating that one writer changed the geographical structure of misty Maine, drawing the grotesque lines of fear, pain and hope. The hope never dies in his books no matter how bloody and scary they are. When we open the IT: “Drive away and try to keep smiling. Get a little rock and roll on the radio and go toward all the life there is with all the courage you can find and all the belief you can muster. Be true, be brave, stand.” 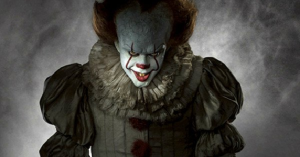 The red balloon and malign clown that seeks for the souls of children have launched Stephen King into the stars as well as Maine. They shared the serendipity of being cursed to be known as dark, mystical and simply unique. Before we decide to spend the rest of our lives settling where we do not belong, Maine is always a good alternative to the ordinary life and boring surroundings. If we are lucky to have a strong spirit with desire to discover the wild beauty of this planet, we have to find ourselves over there, enjoying the Monhegan Island, Acadia National Park or Bowdoin College Museum of Art. Maybe in some small crack of the time, we can manage to stay in Maine forever, searching for evil ghouls from the dark woods and sinister clowns, hoping to see Stephen King eating sandwiches and grinning to the local walkers, plotting the horror ideas for his new bestseller. 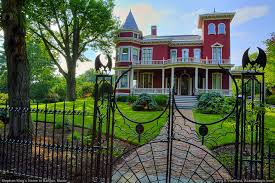 Maine’s beauty is so rare and its own destiny is to be home for those who are rare too.Welcome to Maine, please feel free to stay forever.

4 thoughts on “THE KING FROM MAINE: HORROR MAESTRO OF OUR TIMES”

TOXIC BLACK MOLD: THE MONSTER HIDDEN IN OUR DREAM HOUSE