THE ORIGINS OF  SCARY FEST

“There is magic in the night when pumpkins glow by moonlight.”

It is nothing spectacular as much as Halloween, since this fest combines the elements of myth, cult and religion. At the end of the day or at the beginning of the scary night, we have a wonderful collage of fears, esoteric feelings, superstition, fashion and lunacy. Somehow, on Halloween, everything could be real or at least, it seems to be.

The growing popularity of Halloween around the world comes from the exploded movie industry with the fictional character of serial killer, Michael Myers who kills people always on Halloween night. The Halloween series of so-called slasher films is something like a pop culture of our times.  When public in North America adopted the Halloween as the new celebration on the night of October 31, the rest of the globe has claimed that it is a demonic rite.  Nevertheless, it took not so long and Halloween is accepted as the modern fest, interesting event and trend worldwide.

What is behind the Halloween and how this dark fest has crawled into the conservative religious societies and merged with the official believes? Very simply, the Halloween has colored the strict religion with occultism and such a mixture is attractive for majority of people.

Halloween has roots in ancient European traditions, back to the Celtic festival of Samhain:”… when people would light bonfires and wear costumes to ward off ghosts. In the eighth century, Pope Gregory III designated November 1 as a time to honor all saints; soon, All Saints Day incorporated some of the traditions of Samhain. The evening before was known as All Hallows Eve, and later Halloween. Over time, Halloween evolved into a day of activities like trick-or-treating and carving jack-o-lanterns. Around the world, as days grow shorter and nights get colder, people continue to usher in the season with gatherings, costumes and sweet treats.” 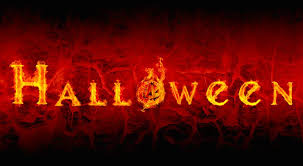 Celts who lived on the region of Ireland, United Kingdom and Northern France did celebrate the Samhain as their new year, on November 1.  That was the end of summer and the autumn’s harvest was a right period to open a new book. The winter has been always liked with cold and dark as well as with human deaths.  Since Celts believed that on the night before the New Year, the doors between this and afterlife world are opened and that lost souls seek for a shelter, cause problems or endanger people. Druids as Celtic priests tried to please those ghosts and to use their presence to predict the future for community during the difficult and cold times.  They built sacred bonfires, so the locals, dressed in costumes, can burn crops or sacrifice animals, playing with reading each other’s fortunes.

Later, with expansion of Christianity, the old Celtic beliefs have been replaced with the official Church celebration of All Souls Day and the worship of dead. The shaping of Halloween that we know today happened in the USA, through the colonization and vibrating of many different cults and urban myths, ancient religious traditions and new and puritan Christianity.  It has been condemned and discussed, banned and cherished but never forgotten. Halloween has just changed the pulse and adjusted to the new challenges within the societies. Today, it is the second largest commercial holiday after Christmas and according to statistics, Americans spend $6 billion annually on Halloween. 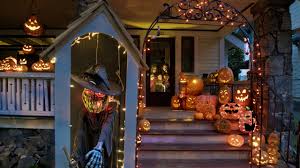 How we can define Halloween nowadays? It is everything because it has traditional roots in ancient Celtic beliefs, religious origins in the Christian celebration of dead and the touch of modern world and urban myths. In America, people often wear costumes and shout always “TRICK OR TREAT” but many of them do not know really, why they are doing that:” The American Halloween tradition of ‘trick-or-treating’ probably dates back to the early All Souls’ Day parades in England. During the festivities, poor citizens would beg for food and families would give them pastries called ‘soul cakes’ in return for their promise to pray for the family’s dead relatives. The distribution of soul cakes was encouraged by the church as a way to replace the ancient practice of leaving food and wine for roaming spirits. The practice, which was referred to as ‘going a-souling’ was eventually taken up by children who would visit the houses in their neighborhood and be given ale, food and money.”

The idea about dressing into the different costumes that represent evil forces comes directly from Celts who used to practice this in the period of wandering ghosts. It is stated that if we dress into the evil costume, the dangerous spirits will not attack us because they will think we share their sad destiny.

Halloween is more than  TRICK OR TREAT and monstrous image on the evening of October 31. This deep philosophy cannot be simplified with Hollywood scary movies or aggressive subcultural trend of violating the society. Halloween is the proof that we are still having within us the Celtic spirit, the evolutionary piece of homo ludens and the appetite for dark, mystical and unknown things.  We are oriented to the light but we are still obsessed with the darkness and we recognize it as it comes to us. We celebrate it and that is not wrong, that is just something we need sometimes, in the world full of risks and threatens.

In the Holy Bible, in Ephesians 5:11 it is written: “And have no fellowship with the unfruitful works of darkness, but rather expose them.” In other words, it is not good to dance with the forces of evil. I would say it is not bad either because people need their chances to let adrenaline plays, to feel the fear and to defeat it. During the Halloween, it is not about the witches and zombies we are imitating, it is about the fear we have and the possibility to challenge it and to bring it to the light. Isn’t that what Holy Bible suggests too? Exposing the works of darkness is mission of all that celebrate Halloween and let the sinister pumpkin glows in the lonely Hallows night. Only then, in the middle of nowhere, the spirits of the both worlds find their peace.

3 thoughts on “HALLOWEEN – TRICK OR TREAT”