“MY CHANCE TO LIVE ON ANOTHER PLANET” 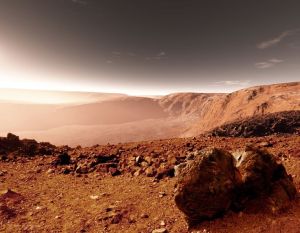 “Mars is there, waiting to be reached.”

The human mind has always been fascinated with the undiscovered beauty of the space and with the possibility that we aren’t the only one species in the whole universe. The ideas about existence of some other creatures, more or less intelligent than we are, are old like an attempt of mankind to reach the stars. It is always a hope that somewhere, somehow is the twin soul of the Earth and that planet could be the new destination of exploded human race. The expensive researches don’t bring each time the news we strive for,  but they are based on the visions, sacrifice and devotion of special people that dare to step in into the unknown and to lead the whole civilization into the new era.

Back in 2012, the Dutch company Mars One has announced to the public   its plans to establish a human settlement on  Mars in 2023. At that point, the concept was more fictional than factual but as the time passes, it brings the full thrilling and pride.  In the meantime, the world has been updated with the vibrating ambition of  Mr. Bas Lansdorp, M.Sc, co-founder , that stated:“Since its conceptualization, Mars One has evolved from a bold idea to an ambitious but feasible plan. Just about everyone we speak to is amazed by how realistic our plan is. The next step is introducing the project to the world and securing sponsors and investors. Human exploration of Mars will be the most exciting adventure mankind has embarked upon in decades. It will inspire a new generation of engineers, inventors, artists and scientists. It will create breakthroughs in recycling, life support and solar power systems. It will create a new generation of heroes – the first explorers to go to Mars will step straight into the history books. Finally, we expect it to capture an audience of millions, culminating in several billion online spectators when the first crew lands on Mars.”

The Mars One project is not a cheap  game of billionaires but a great project of those who fight to give the new dimension to the human race and its capacity to embrace the mystical universe. The Red Planet is just a beginning of the space colonization and it will open many different questions, demands and struggles but it will definitely change the radius of the mankind. The first task for Mars One is to provide its trained and skilled manned crews with necessary elements of life on the unpredictable planet as Mars is.   That means to have sources of water, food and oxygen for the human mission that will start the  first etape of Mars colonisation. The elected candidates will face up with another climate conditions and disordered gravity that could possibly cause the problems in mentally and physically state of the manned mission but it will be the amazing project of all times.

The company has already contacted the aerospace suppliers and space technology providers that could be able to design and offer the requested components for the first mission on Mars. The thousands of  scientists are working on this project that needs global support as well as media and  financial coverage. 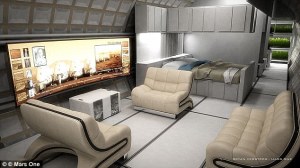 However, the most exciting part of the Mars One tale is one that is related with the  human resources. The 100  people who are  chosen among 200,000 who have applied for the  first Mars manned crew that will  be expected  on Mars by 2027, according to the latest information.  We are talking here about 50 brave  men and 50 brave  women that are considered as the best  future astronauts, that will deal with the 200 days of journey, since Mars is approximately 40 million miles away.  The final number will be decided based on the audience’s vote.

Mr. Mike McDonnell, 52,  from Virginia, USA, is one of the chosen people,  for one-way ticket to the Red Planet. He will be the one who will leave the beautiful green landscape of Virginia for the rocky and red surface of Mars, he and his burning heart will write  the book of human colonization of the space. 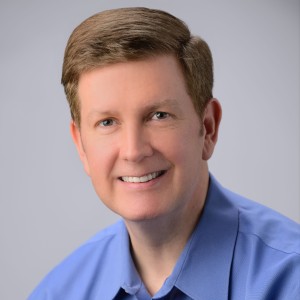 Why did you decide to apply for Mars One Mission?

I have long desired to see mankind ascend to the stars and of course I dreamed of being one who lives out there – in space or on another planet.  In my lifetime, I have witnessed many great achievements in manned space missions: the lunar landings, Skylab, the Space Shuttle, the International Space Station.  These were astonishing accomplishments but somehow not the long-term space colonization I had expected would and should happen.  When I heard about the Mars One Mission, I was extremely excited.  Not only were they aspiring to put mankind on another planet, but they aimed at making Mars a home!  And even better: they were inviting people of all ages, nationalities, and professions to apply. This was my chance to make a lifelong dream come true.  Not only could I be a strong advocate for space colonization, but I could participate in the very act by being one of the first humans to live on Mars.

How do you imagine that space journey, are you aware of all difficulties?

The journey of colonists to Mars will be historic and I would be honored to represent my brothers and sisters of Earth but I do imagine the journey to be a challenge.  Since the voyage there is far from routine, there may be issues both expected and unforeseen that will need to be overcome.  Since the Mars One Mission crew will be relying a great deal on technology and automation to get to Mars, it will be very important for us to understand as much as we can about the ship and how to handle any problems that may arise.  There will also be more personal challenges to surmount.  Loneliness, boredom, personality differences among the crew are some to consider.  I envision there will be a lot of time to read and enjoy the experience as well as play some games as a group.  Perhaps there will be some scientific experiments we can perform that may benefit understanding as well as to pass the time.  We will also need to keep our bodies fit in weightlessness for the seven-month journey, as well as attend to any injuries or illnesses.  Seven months cooped up with three other people may seem stressful to some people but I think I would enjoy it.  A successful landing on Mars will truly be the most nerve-wracking for me.  As mountain climbers say, “It’s not the fall that will kill you, it’s the sudden stop at the bottom.”  But even the first Mars One Mission crew who lands on Mars will have some assurance in knowing that six cargo ships of similar size and weight had already landed successfully on Mars years before they even launched.

Will you miss the Earth?

Life on Mars will be a challenge and lonely at times.  I’m sure I’ll miss my family and friends – my wife, Michelle, most of all since she has always been there for me, supporting my dreams to participate in Mars One. I will still be able to communicate with them but, due to the great distance from Earth there will be a delay of 3 to 22 minutes.  So, face-time conversations will not be possible.  Besides the people, I will miss many things I enjoy on Earth.  I am sure I’ll miss my favorite foods and restaurants, and the many conveniences of stores and online shopping.  Since I like to hike and experience nature, I will miss feeling the sun and breeze on my skin when outdoors.  I will miss the oceans and wet sand between my toes, the scent and silence of pine forests and just the greenery of Earth with its multitude of flora and fauna.  On the other hand, there will be many new and wonderful things to experience like a lighter gravity and the thrill of scientific challenges and mysteries of a whole planet that awaits exploration and discovery.  I would expect technology and our ingenuity will help ease the burden of living away from Earth, like 3D printing to make what we need when we need it. By our efforts living and learning to thrive on Mars, I will not be dwelling on what I’m missing but looking forward to what we, the human race, will be gaining: a chance to live on another planet!

Could you tell us something about your visions regarding the human settlement of Mars?

I envision the human settlement on Mars to be small and very challenging at first but evolve into a safe and comfortable community that others from Earth will want to visit.  There will be countless opportunities to learn and grow as we experience living away from Earth.  The colony of the first few, four people then eight two years later, will be one of hard work to set up the infrastructure of the colony and working out any of the kinks.  As the colony grows in size and number up to 100, the challenges will shift from survival to creating permanence, looking for ways to make the colony more energy efficient, more protected from radiation, increasing food production and plant diversity and even increasing the size of the habitable areas by burrowing into the Mars surface.  With the increased population comes  diversity in skills and contributions that will make the community much more pleasant.  There will be specialists in the obvious disciplines like electrical and civil engineering, medical doctors but even the variety of hobbies like baking, brewing beer, and gardening will be a plus.  It will be inevitable that ships capable of taking people from Mars to Earth will be developed and then Mars will not be so isolated.  Mars might then be a tourist destination for some.  But no matter how developed Mars becomes, I am certain many will be interested to see the site where the first colony began, where the first few brave men and women chose to take the next step in our civilization and make us more than a one-planet species.

You will be one of those who will start the book of the mankind’s space colonization, what is your highlight message to the world you will leave behind ?

Being part of the Mars One Mission will turn a new page in mankind’s venture into space.  This will indeed be an historic event.  If I were on Mars and could highlight a single message for the people of Earth, it would be:  Greetings  and peace from the people of Mars.  Although we are separated from you by millions of miles, we are united with you in our most important effort – survival.  Our efforts here, on Mars, are not to support our isolation from you on Earth but to pioneer ways that are necessary for mankind to grow and continue beyond our cradle, Earth.  What we learn here is not for us alone but will help our future generations to successfully reach for the stars.

May the force be with you, Mike.

For all interested, you can vote for Mike on the following link, joining the Mars One Community:

For all interested, you can find out more about the Mars One project:

For all interested, you can donate the Mars mission and help the human exploration of undiscovered universe:

3 thoughts on “MARS ONE: HE WILL BE ONE OF THE FIRST PEOPLE ON THE RED PLANET”

THE MIRRORS: BETWEEN TWO DIMENSIONS

BOTULINUM TOXIN: GOOD FOR COSMETIC INDUSTRY BUT THE BEST FOR BIOLOGICAL WARFARE