THE BELGIAN SHEPHERDS THAT  WALK ON FIRE

FROM MILITARY HEROES TO THE ABANDONED DOGS 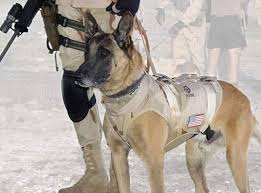 “This home protected by the good Lord and Belgian malinois. If you come here to steal or do harm, you might meet them both.”

The tragedy of modern times is that we are getting aware of someone or something only when  it is portrayed by mainstream media. It could be good or bad, it could be the best or the worst but if it is not described by vox populi, it simply doesn’t exist.

When the most famous terrorist Osama bin Laden has been caught in 2011, the first aplaude has been given to the special unit of US Seal Team Six, officially known as the Naval Special Warfare Development Group, or DEVGRU. But, then has been the realized the full story of their secret little helper, the dog under the name Cairo, a Belgian Malinois, fearless breed able to be fully trained and skilled to jump into the military operations.  The people have been surprised because majority of them believed that police and army is oriented towards German Shepherds but Belgian  Malinois dogs are proved to be the best for outdoor activities and combat war. 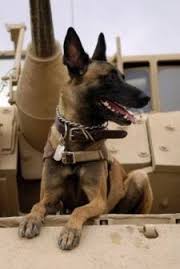 The Belgian Malinois dog breed is also one of the oldest European breeds and they have been used as working dogs for years back but they haven’t been so favored as German shepherds. The both are very attractive for the purpose of war, counter terrorism actions and counter violent response but the Belgian Malinois are easier to be trained and coordinated and that is the main reason for SEALS to chose them as their dogs. According to one website for police and army dog breeds, the Belgians are unstoppable dogs. They are dogs on fire and they go till the end for the mission:“Like their human counterparts, the dog SEALS are highly trained, highly skilled, highly motivated special ops experts, able to perform extraordinary military missions by Sea, Air and Land (thus the acronym).The dogs carry out a wide range of specialized duties for the military teams to which they are attached: With a sense of smell 40 times greater than a human’s, the dogs are trained to detect and identify both explosive material and  hostile or hiding humans.The dogs are twice as fast as a fit human, so anyone trying to escape is not likely to outrun Cairo or his buddies.The dogs, equipped with video cameras, also enter certain danger zones first, allowing their handlers to see what’s ahead before humans follow.As I mentioned before, SEAL dogs are even trained parachutists, jumping either in tandem with their handlers or solo, if the jump is into water.” 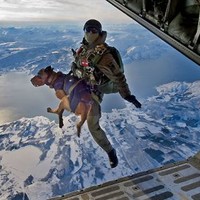 After the explosion of popularity of Belgian dogs in 2011, the world has hurried to host those elegant warriors on four legs. Everyone wanted to have this dog but not everyone could have handled this dog and then the shelters have faced the next problem:the numerous amount of unwanted Malinois dogs. The same schema as always: the human beings are easy to be manipulated, bewitched to take something and even faster to get rid of something when the degustation time is over. So that was the sad destiny of many brave Malinois dogs in many homes that live on trend.

Why the Malinois dogs are so special to be taken care of and loved by their owner? The question is written in their DNA. Since they are very gracious with light bones and athletic figure, they are capable to be trained at the maximum level. They are known as dogs with unique sensibility and stamina, the talent for quick learning and developing a special type of relations with the family members. Majority of them have friendly character and devoted nature but some could generate the aggressive behaviour, depending on the personality of owner. If one who owns this type of dog is showing the signs of accumulated violent and harsh methods of handling the dogs, this dog will react on negative way and turn into the monster. That applies on all dogs anyway, however, the Malinois dogs are very perceptive and they sense the unspoken feelings of their beloved one.

It is very interesting that dog experts always warn people to not take those dogs just because it is in to have them but because they are really informed about them and ready to participate in their education, training and personal transformation. These dogs are not repetitive machines but intelligent  companions that notice all and go for their instinct of protection. They take orders and implement them in their future patterns of behaviour and social interactions. This is also the first argument why they aren’t recommend for people without real knowledge of dog trainings and dressure. Once the wrong training is imprinted in this dog, there are no good chances it will be totally fixed later by the professionals. 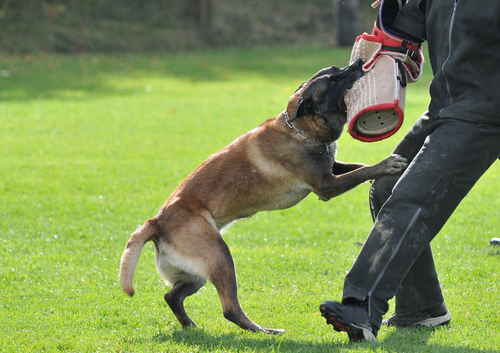 This breed has been created in Belgium, in the late 1800s as one of the four types of Belgian Sheepdogs. Others are the  Tervuren, the Laekenois and the Groenendael but all of them are recognized as Belgian Shepherds. The Malinois is just one of the most representative breed therefor the police and army have given the positive feedback about the capacity of the mentioned canines.

What makes them especially interesting for demanding military and police actions is definitely their health background. They are one of the healthiest dog breeds and that means a lot when it comes to their superiority on the ground. It is not only about their bright intelligence and combat spirit but also about their amazing results in dog sport. We are talking about the Schutzhund/IPO, French Ring, Mondioring, agility, obedience, Rally, dock diving, field and retrieving trials, lure coursing and many more.

The Malinois dogs have quick response on the training methods, dominant drivers that push him to do and learn more but all is somehow wrapped into the playful dog with smart eyes and protective senses. There are some misconceptions and misreadings regarding the training of the members of this breed. It is a fact that this Belgian Sheepdog is not for everyone but it is a fact that one who has reasonable knowledge and feelings for dogs with emphatic methods of training could develop an awesome working dog, even for the private, family  interests.

Unfortunately, these beautiful Man’s best friends are often abused by irresponsible owners, lucrative breeders and evil minds. At the end of the day, the dog is paying the worst price for being what it is, handled in wrong way. Many ended up being abandoned, left on the street or sent on euthanasia. Their fearless and strong spirit that would die to protect the man is broken by those who have dark hearts. No, the Malinois dog can never be a beast, the only one who could have that title is exactly the one who transformed this lovely dog into the aggressive and harmful  creature. The uneducated and malign people are directly responsible for the sad destiny of those dogs and their reputation. Because of them, these dogs, like many others, face up with the never ending suffering and cold death. Because of them, these dogs, like many others, die alone, without sun, love and last touch, without  hand in paw and paw in hand. We betrayed them all. 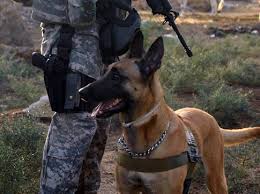 DON’T BUY MALINOIS DOG, ADOPT ONE THAT IS FORGOTTEN!

DON’T BUY ANY DOG, ADOPT ONE THAT IS FORGOTTEN!

7 thoughts on “THE BELGIAN MALINOIS DOG BREED:THE HEART OF STEEL”

EUTHANASIA: THE ASSISTED SUICIDE OR THE MERCIFUL DEATH?

ON THE EDGE OF LIFE: EL CAMINO DE LA MUERTE