THEY RULE, EVEN IN THE PRISON

THE KINGS OF THE CRIME

“I believe that I understand gangs better than others. Because they’re formed out of necessity. They’re formed by people to keep from being suppressed.”

The gang. One simple word for so big social problem. The first association about the gang is definitely something negative. No matter how much we are compassionate and able to understand the psychology of broken dreams and ghettos, the gangs will be always taken as outcome of  the crime, as the reminder that we couldn’t have made system enough good for all. 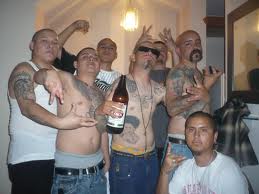 The history of the gangs are always linked to the subsocial activism, illegal attempts and criminal efforts. But, at the beginning of the story, those young boys and girls have been isolated and ignored individuals, usually condemned by the rules of majority. They have not been enough rich, enough smart, enough handsome or enough cool to be  the layers of the public. They could have made to become remarkable doctors, diplomats or sportists but without pedigree or with the bad one behind, all they could have made is to be out of line, on the other side. Our shadows.

The street gangs are the followers of the modern world and urban genesis of every country. They are like wolves preying on the weak but at the end of the day, who is really strong and who is really weak? If you don’t play with the devils, they won’t knock on your door. So, these people are defined with the gangs they belong to. They live for the gangs or the gangs live for them. You would think that at the moment when the boss of the gang is jailed, the harmony of the gang will be ruined. Maybe it is so, but those bosses have special DNA,  that they are capable to gather the hungry wolves wherever they find some of them. Even in the prison, in the time of rehabilitation, they are organizing the indoor and sometimes outdoor steps of the  others.

In many reports of the  FBI, the prison gangs are the issue that is taken very seriously by crime and legal experts. Based on the  high level of criminal activities in the USA in last 10 years  and the involvement of  one of the prison gangs in monstrous killing of diplomats, their influence is growing.

In April 2014, Acting Assistant Attorney General David A. O’Neil of the Justice Department’s Criminal Division, U.S. Attorney Robert Pitman for the Western District of Texas, Special Agent in Charge Douglas E. Lindquist of the FBI’s El Paso Division and Administrator Michele M. Leonhart of the U.S. Drug Enforcement Administration (DEA) made the announcement about the final destiny of famous Arturo Gallegos Castrellon, also known as “Benny,” “Farmero,” “51,” “Guero”, one of the leaders of the prison gang Barrio Azteca. He was responsible for the triple homicide in Juarez, Chihuahua, Mexico, of U.S. Consulate employee Leslie Enriquez, her husband Arthur Redelfs, and Jorge Salcido Ceniceros. Benny has led the team of killers in massive shootings in 2010, during the drug wars and fight for  drug trafficking channels from Mexico into the U.S. 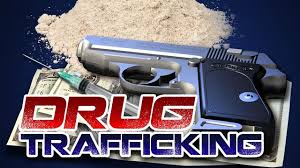 This kind of war is very typical for region around the two borders. The gangs do not give up on smuggling the drugs and people as well as weapons. Some of the worst roads are those from Mexico to America, full of terrified immigrants, potential murderers, absolute criminals and narco dealers. The justice from both sides is not so powerful to make the plot and catch the criminals in the web. It seems that shadows are always one step forward.

Guero was sentenced to serve life in prison but his gang is still free and one of the most dangerous criminal organization in Texas. According to the Business Insider,  the gang is one of the 11 American most powerful but the truth is that the gang is mostly oriented on southwestern Texas and southeastern New Mexico.

It is interesting that this gang has been born in in the jails of El Paso in 1986 but it mutated very fast into the transnational criminal organization, as the logistic support of the Juarez cartel. In one article of Insight the Crime, it is stated the following:“The gang expanded after 1996, due in part to increasing deportations of imprisoned Mexican criminals by the United States. By the early 2000s, the gang controlled prisons in Chihuahua, and has since continued to grow. According to US estimates, it had around 3,500 members in 2011; by 2013, it reportedly had up to 5,000 in the Juarez area alone and an estimated 3,000 in the US.According to the FBI, Barrio Azteca also has members in Massachusetts and Pennsylvania, and Texas authorities have reported a Barrio Azteca presence in New Mexico.”

Grounded on the information from 2015, the top leader was Eduardo Ravelo, also one of the FBI’s Top Ten Most Wanted Criminals. His head worths more as $100,000 because it is believed that this person organizes all activities of the organization in Juarez but also the criminal moves on the borders and the escalation of the conflicts in the drug zone.  The impact of the mentioned gang is not only reserved for the US jails, but also for the Mexican jails. The failure in the prison infrastructure and the maestral skills of secret coding and communications of prisoners  on the line: jail-outside world has turned the jails into some kind of the logistic support for the gang  soft  operations.

The strength of the gang is its attractivity for the outlaw people. They are everywhere they have to be and where is a profit guaranteed. This includes organizing of illegal immigration channels, corruption, arson, assault, cars theft, burglary, intimidation, organ and drugs trafficking, weapons violating and trading.  The gang has made itself as an icon of the underground. We are talking about some kind of the holy evil. They have secret rules of membership and cruel punishments for those who betray. For the “Familia Azteca”  all have to be done and who is being found as a betrayer, he and his family will pay for it, sometimes with own  death. 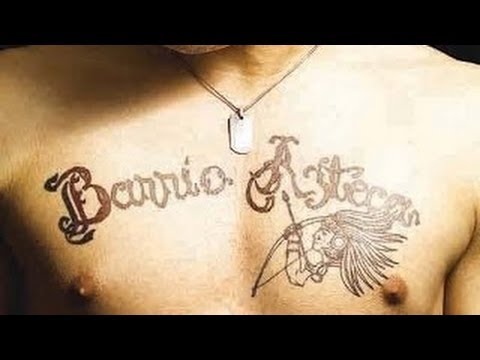 The gang has made an organization similar to those in army:”A committee of ‘generals,’ both in and out of prison rule by consensus. Below them, captains control mini-plazas that are run by lieutenants. These command sergeants, who are not always fully-fledged members, and finally soldiers, or ‘indios,’ who are often underage and are used for the local distribution of small amounts of drugs. In addition, the gang has reportedly fixed some tactical errors that put it at an initial disadvantage, including beginning to use older model vehicles to maintain a lower profile and providing better training to its members.” The pyramidal hierarchy allows to the members to compete for a better position and make even worse deeds to be remarked as highly successful and to be rewarded.

The gang is offering its help to the Juarez Cartel in its battle against the Sinaloa Cartel but it is an authority for itself in recent time. Although they are merged with the La Linea and Zetas, the gang is trying to achieve its own stability and popularity over the Juarez Control that loses its dominance in last years. The Barrio Azteca’s goal is to overtake the local and international drugs roads and criminal assets of Juarez Cartel because the clash between two bosses and their own interests is to be expected soon in the future.  The DEA has fear that this gang could be one of the leading in the translational drug operations and good cover for all other criminal attempts on the ground.

The solution for this problem is very obvious. First of all, the prison structure and digital control of the running communication from and to the jail must be revised. The people who are doubted they are members of this gang must be controlled even more,and it this case the naive theory about the human rights should be forgotten. These people can not be rehabilitated, they could be only more corrupted and could corrupt even the prison officers. The system has to address the question about the free circulation of information in jails and who is responsible for it. The money is God for the people who serve the demons. Many of those who are employed in jails are not enough paid and when they are offered the good amount of money or when they are threatened and blackmailed, they will do all what bosses of the crime want. The legal department has to open the chapter of failed prison system of the USA and to start dealing with hot questions. 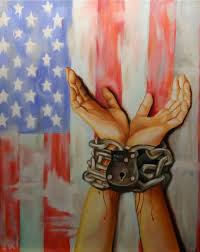 The second issue is the problem of borders. The country that has no safe and ensured borders is not a country. This is not the hippie world and we all don’t smoke and hope we will make love and not war. This is the dangerous world and the goverment has to protect its own citizens before anything else. Only safe borders and rational immigration politics that is opposed to the forced illegal immigration can save the lives, taxpayers and future society from the imported criminal and angry boys from forgotten ghettos.

5 thoughts on “THE BARRIO AZTECA:FROM TEXIAN LOS AZTECAS TO THE AMERICA’S MOST VIOLENT PRISON GANG”

THE ALCHEMICAL SYMBOL OF PHARMACY: THE BOWL OF HYGIEIA

EUTHANASIA: THE ASSISTED SUICIDE OR THE MERCIFUL DEATH?