Back in 1960s and 1970s, the flowers have the smell of anarcho-pacifism, illusion about the peace, and anti-nuclear attitude. The Flower children were the holders of the  American counterculture that battled the old habits of society, blaming the national state for organized violence and offering the New Left paradigma that has changed really nothing. The hippies believed in nonviolence,  absence  of racism, universal belonging, love and peace. Their utopistic  dreams have died   in some of their old, happy vans but the world has never get rid of seed of the anarchy. 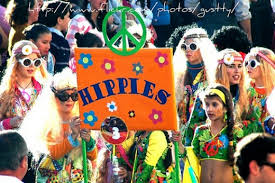 All conservative social thinkers and political philosophers believe that people are not evolutionary and intellectually on that level to be peaceful without legal framework and organized control of their behaviour. If they cross the limits, they will pay for the consequences. Maybe it is not a promise of an absolute freedom for all  but it is definitely a promise of the ultimate security for all. Without state, people are wolves to each others. Without pack’s regulations, wolves kill each others with no mercy. The conclusion: or we will have organized state that keeps our security or we will be drowned into the monstrosity of anarchy that will challenge our security and give us fake feeling of freedom.

The recent chaotic events in Hamburg, regarding the G20 summit, and covered by co called concern for ecological future, economic prosperity and greed of capitalism do not show the extremism of liberal thinking but the danger of the rise of anarchism wrapped into the design of fight for global social justice. The rioters that protested in Hamburg against the strategies and goals of G20 summit haven’t peacefully expressed their opinions and ideas and the reasons why they are against the G20 summit agenda. They have burnt the beautiful German city on Elba. They have hurt more than 213 police officers, destroyed numerous shops and cars and they sent the picture of the  social breakdown to the whole world.  The scene in Hamburg reminded us all on the scene in some of the war zones. The deep  smoke, broken glasses, the car’s set up on fire and Black Bloc anarchists who follow their own magnitude of violence against capitalism.

Some of the German politicians have informed the public that Hamburg police is dealing with the aggressive form of hard-left anarchists, the leftists militants and radicals that do not have limits and social and political control. At the end of the horror time for Hamburg and civilized world, there have been more than 144 people that are arrested as leftist anarchists but the book of ANTIFA is something new for the global readers. 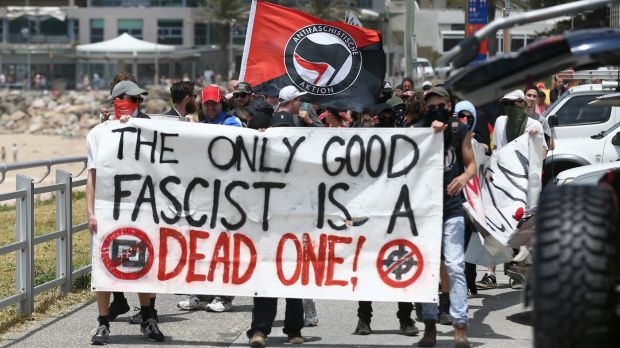 ANTIFA is The Anti-fascist Action movement that gathers far-left and extreme supporters of anarchist ideology as well as the socialists who do not hesitate to use the violence as the form of activism. They think they know what they are standing for but it is a fact that those people enjoy any kind of clashes with the authorities and options for demolition and havoc. Hiding behind the masks, they are courageous to attack the police and claiming they are opposing the rise of far-right feelings in social architecture, they are opposing the peace and security. The Antifa is not the only group responsible for this unrest, there are many subcategories and micro  movements that merge into the larger scale of  violent activism. The core of the Hamburg dark days, was definitely the protest under the name “Welcome to Hell” and the protesters turned the life of all into the hell, by their notorious hatred, unlimited criminal behaviour and biased theories and policies they are grounded on.The  organiser of the mentioned protest,  Andreas Blechschmidt stated that the main idea was to show to the global leaders that their failed politics are directly linked with the wars, hunger and lack of the  security. I would rather say that they showed us that they are nothing but the criminals crawled out of their holes, hungry to grab for their own interests. 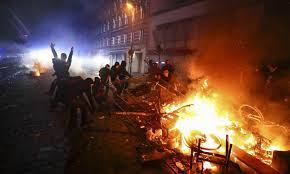 When we make the anatomy of the Hamburg riot, we can argue all they are supposing to stand up for. First of all, they are talking about the military offensive politics of global players and use of violence. Look at those people clad in black and red, in their DNA is written violence. How they reacted on police and what they have done in Hamburg is nothing better as what our leaders are doing for years back. If I question someone’s strategy, I am not trying to question that offering the worse one. They are complaining about hunger in the world but they still steal food from the stores and throwing it away on the police officers who just do their job. Then they cry about the rise of fascism, but they wont show themselves and their identities. At the end of the agony, they scream about the climate disaster but they are causing the highest pollution ever in the city that they  set up on fire. They have maybe the good learnt vocabulary but their manifest is a manifest of offenders, criminals and protagonist of militant anarchism. 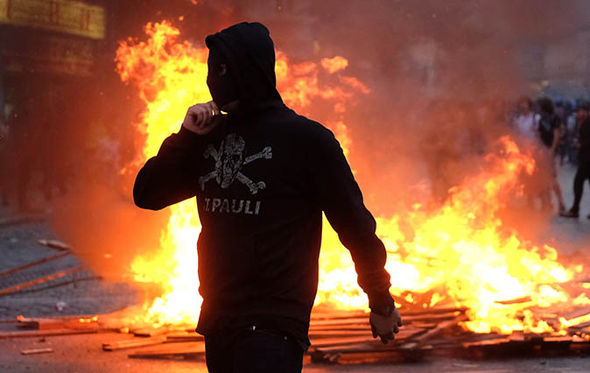 Germany is already dealing with the growing anger of domestic population towards the forced immigration politics. It seems that an average German is working more and harder to fee those who came from nowhere and who don’t want to integrate but to force their own believes upon local.  That definitely causes that far-right wing is starting exposing itself and finding the support of targeted people. Loving your country and your people doesn’t mean that you hate others but it does mean that anyone who comes to be your guest or to live in your house must simply accept your rules. But, in this case, unfortunately, the guests want to burn their host hauses and if you are against it, you must be a nazist. The main problem is that German politicians must learn lessons and as soon as possible.

The Hamburg is known for its squatter scene from 1980s, but the leftists have regularly made a chaos in this city in last 10 years. In 2008, the extremists have also battled the Hamburg  police for several hours. The police is familiar with this tapestry of violence but in the G20 summit clashes, the violence has been enhanced by the support of militants from other German cities (Berlin and Rostock) and from other European states( Italy and Switzerland) 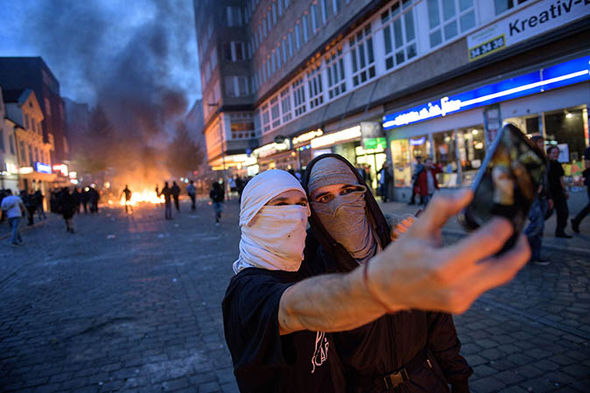 This is not event that has been planned from yesterday for tomorrow. This is planned for years back and carefully manipulated from the center of orchestra. Who is having interest to destabilize already destabilized international community? There is a big bad paradox about it.They claim they are worried for the future of the world but they are intentionally destroying this world. If they are not lunatics, they are enough dangerous to be considered as rational human beings but rather as oppressive criminals that are interested in stealing our freedom and our security. Everyone has right to express disagreement but there must be a boundaries of political madness because every kind of extremism is evil planted seed.

4 thoughts on “WELCOME TO HELL:HAMBURG, ANTIFA AND THE NEW-AGE ANARCHISM”

THE TWILIGHT OF CIVILIZATION: NECROPHILIA