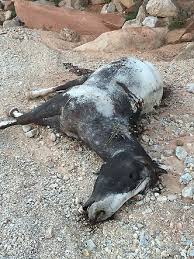 “The bear, the deer, the great eagle…these are our brothers.”

They are special people, deeply connected with the nature and so spiritually advanced that we will never reach that level of spirituality. We will never manage to recognize the ancient wisdom, hidden in the blood of the mythical ancestors and covered by the silence of wonderful natural landscape and magical wildlife. They are Native Americans. The flesh and bones of the American continent, the real owners of the land and its beauty. The real guardians of the nature, its whisperers. 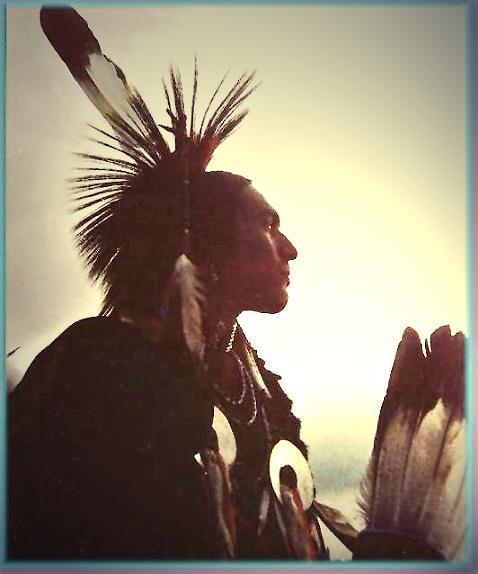 There are so many Native American tribes and each of them is unique with the attributes and folklore we will never forget. The books and movies are powerless to describe the overwhelming allure of the Indian tradition but the possibility to feel, just for a moment, the colors of their world is the vein of the American tourism nowadays and also the source of income for many tribes that are located all over the reservations across the U.S.

One of them is definitely the Havasupai Indian Reservation, created for the Havasupai people on the bottom of the Grand Canyon. The capital of the Reservation is known as Havasupai or Supai  city  and it is  direct on the following geographical parameters: 36°14′13″N 112°41′21″W but the whole complex  with the 639 tribe members  is in the Coconino County, Arizona and consists of 188,000 acres. It is not only about the perfect location for a tourism, it is about the fact that history, anthropology and beautiful nature are united in one name: Havasupai Indian Reservation that annually attracts more than 20,000 visitors around the world that come there to experience the touch of wildness mixed with ancient customs. According to the report of the foundation Stop the Animal Violence, there are many reasons for tourists to get involved in the Havasupai Tribe Reservation:“Each year, over 20,000 visitors hike, ride horses, or fly by helicopter the last 8 miles into the canyon where the Havasupai Indians live.Tourists from around the world come to Havasupai to see this remote Indian village tucked away in the Grand Canyon, to see the last U.S. mail mule train in the country, to see the turquoise blue water (cont’d) and travertine pools of Cataract Creek, and to see the beauty of Navajo, Havasu and Mooney Waterfalls, and to camp, swim and play in this unbelievable setting.Tourism provides revenues for the Havasupai Reservation and the Havasupai Tribe is actively engaged in the tourism business. There are also small businesses owned and operated by tribal
members. Some tribal members engage in part-time micro-business activities such as the production and selling of arts and crafts to visitors” 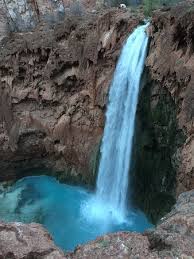 The all they do is allowed, regular and out of any negative consideration but there are some cases and situations that don’t speak good about the spirit of the Reservation but only bad, especially when it comes to the animal abuse and animal neglect. In recent times, those kind of accusations are often seen in the social media and signed by visitors and proved by photos of tourists, but the abuse reports have been reporting for last 40 years.The portrait of Native Americans that abuse animals just for a purpose of profit is something that is more than shocking and indicates the condemn by majority of people. It is simply something what doesn’t fit into the puzzle of Mother Nature’s beloved children. The animal abuse don’t represent the value and importance of the whole tribe but it is the urgent need to be evaluated and stopped for the sake of the whole community and its rank in the Native American tribe encyklopedia.

Who are the Havasupai people ? The original name in Yuman language  says that they are the people of the blue-green waters and that they have always lived the semi-nomadic life but totally attached to the water. Their origins could be found there for the last 1,000 years and linked to the old Yuma tribe.Unfortunately,during the colonization of America by white people, their land has been taken and they have been forced to live in the limited area. The history of conflicts between U.S. Government and the local tribes is well known for years but even when the land is given back, they are not set free from the stress of fighting for their rights and against the cooperative greed of the growing capitalism. The tourism money is something that is almost like a substitute for all accumulated problems for years on the relation: Modern Americans vs. Native Americans. 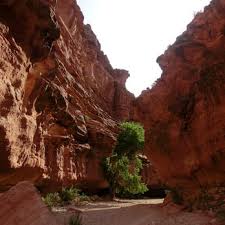 The people who believe in great Tochopa, the Creator god of Havasupai legends that is a grandfather of the humanity, are those who are accused to abuse and neglect their animals.The main reason for all of us to be negatively surprised is the fact that this tribe finds land and nature sacred, so how it is possible then for them  to forget that animals are also the creatures of Mother Nature ?

The organization S.A.V.E does the wonderful and hard job. They are trying to expose and stop the animal abuse of the horses and pack animals in this Reservation. They are collecting the comments and pictures from the ground by tourists and try to bring awareness up. For tribe it seems it is all about the money and tourist paying for a day or two of Reservation Paradise. The animals are paying for it by their lives and it seems that none is informed about it, maybe only those who directly have witnessed to it. Here is the short tip of the Dee Dee Lepper that has visited the Havasupai Indian Reservation and saw the horror:“I hiked there about two years ago and there were actually two horse that had collapsed along the trail and were set on fire to burn there carcasses. I will never go back because of the way they treat their animals.” Mark Barringer comes out with the another picture from the ground:“I have been to Havasupai five or six times and have always carried my own gear in and out (luckily for me and for those poor animals). However, one of the trips we did witness that one of the horses had fallen and was literally left on the trail near the trailhead at the top with a possible broken neck (was laying on its side with blood coming out the mouth and nose). We were extremely surprised of the neglect and took it upon ourselves to bring the poor animal water, but was really expecting them to either put it down or help it up to heal, and no one paid any mind to the poor horse.” Then La Lakioka has writing on the TripAdvisor the following:“I went to Havasupai and witness a poor animal overloaded to the point it was collapsing, the owner took a large rock and started smashing its head to try and force it to move,sickening. I reported to authorities and nothing has been done that’s 15 years ago. The abuse is acceptable down there. I never use those poor abused horses. needs to be consequences put in place.” 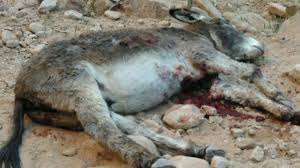 The comments of the tourists that have experienced the pictures of the pain of neglected and abused animals are numerous but it seems that none is really bothered about it. It is stated that tribe members make jokes about the injured animals and when they can not endure more, because they are overloaded or hurt or simply collapsed because of the lack of water, they kick them and beat them with rocks. No, this is not a trailer from some American scary movie, when the tourists are lost and on the mercy of local mutant butchers somewhere in the middle of nowhere, this is the reality of the tourism nowadays in the Havasupai Indian Reservation.  The problem is that old tourists will never ever come back but new come every day until they discover how tribes earns a money, on the pain of innocent horses, donkeys and other animals misused for the purpose of profit, without any awareness of the animals rights in the progressed America. 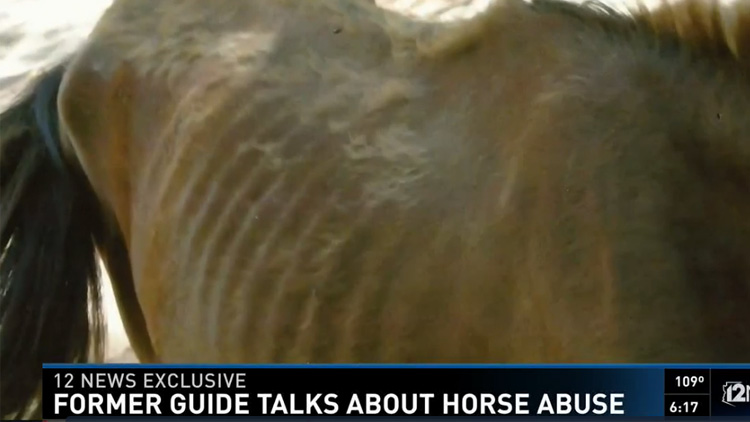 On the daily accusations,  Carletta Tilousi, a member of the Havasupai Tribal Council, has said for the Arizona Highways:”We have an animal control officer to respond to any incidents, and they do the evaluation. If we need a veterinarian to come down, we would have them do so. They usually visit the village every three months, and we’re currently scheduled for a spay and neuter for our dogs and cats. Those are usually scheduled ahead of time, and they are all volunteers.” That doesn’t promise at all. Based on the all reports, the tribe members do not call the veterinarians but rather they let the animals die and find the new victim easily for the local needs. You can not exploit the animals without persecutions and it really doesn’t matter if you come from the last indigenous tribe or not. This is 21st century and everyone must take responsibility in the society, even the people of the legendary Tochopa. 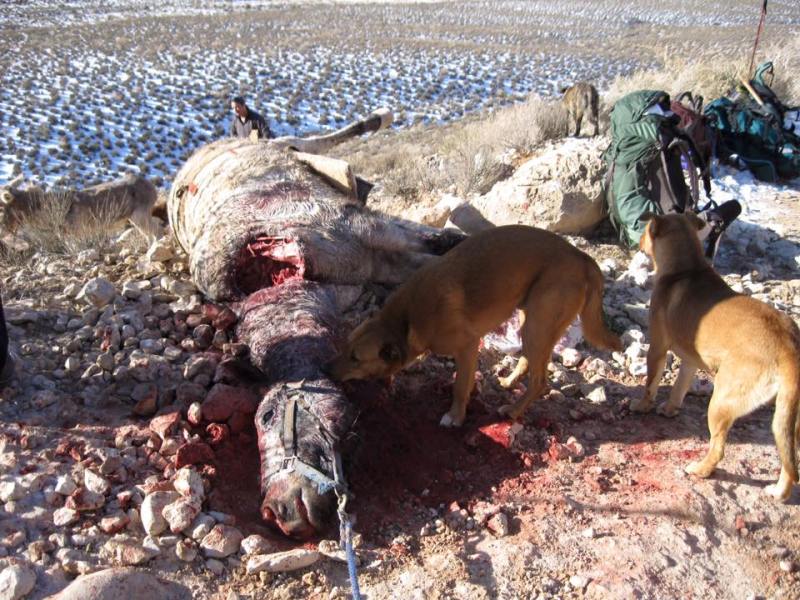 As Susan Ash, the co-founder of the Stop Violence aka S.A.V.E. organization said, the many people think that violence can not be stopped or treated because it occurs on the tribal land. People must keep in mind that something can be done and they must keep reporting and asking from authorities to deal with this high level of abuse. In 2016, Susan Ash met the  U.S. District Attorney’s office, two BIA officers and an FBI officer:“Shortly after that meeting, federal authorities went into
Supai and arrested Leland Joe. He was charged with two felony counts of animal abuse and two misdemeanor charges. His four horses were seized and taken to a local humane organization where one is still recovering. This action by federal authorities dispels the myth that nothing can be done. Jurisdiction is complicated and is a patchwork of federal, state and tribal laws, but legal action can be taken.”

Everyone can do something, anything regarding this burning issue. How we will force the tribe to change their neglecting policy of animal rights? By condemning their tourist offers. When money stop coming, they will start taking seriously the claims against them and start dealing with the problems and finally start treating animals as they deserve. Those people who ignore the pain of animals and only focus on the money they get have nothing from the ancient tribes and they do not deserve to be taken as the valuable Native American community,. Their behaviour is shameful and those who participate in this trend do not share the love for the Nature but the love for the profit and greed. Once affected with the public opinion boycott and the failure of tourism based on the animal abuse they are practising, they will work on their new and acceptable model of human treatment of animal friends.

The Nature will not forgive them their cruelty so us our indifference. This Earth belongs to all and we must keep each other aware of it. One great Native American once said:“Only when the last tree has died, and the last river has been poisoned, and the last fish have been caught, will we realize that we cannot eat money.” The Havasupai Native Americans have forgotten that obviously, they betrayed the ancient connections with the sacred land and wildlife. They have so much to learn yet.
https://www.change.org/p/havasupai-indian-reservation-council-stop-animal-abuse-in-havasupai-indian-reservation

THE UGLY FACE OF BEAUTIFUL CANADA:BARBARIC SLAUGHTER OF BABY SEALS