THE JURASSIC PARK:COULD BE EVER MADE IN THE FUTURE?

POPULAR SCIENCE AND ITS DREAMS

I am walking down the path to the rainforest with my colleague, Jonathan. We are within the huge wildlife park and we control the security procedures of the night shift. The animals will be released soon on the free range, to use the freedom of the nocturnal moments. Mine and Jonathan problem is to observe the operational tools for separation borders between carnivorous and non-carnivorous animals because the Wildlife park want us to keep the distance between hunters and prey. They also want that we ensure that hunters have enough to hunt and that prey will be reproduced very soon. These animals are not the animals of our time, these are genetically created monsters from the forgotten DNA in the fossils. The Jurassic world is back, but not in the cinema.I believe it is 2050 and we are the humans surrounded by majestic creatures from the epruveta.

Back in 1993, the great book of Michael Crichton, the Jurassic Park has been filmed. It was a blockbuster and there was no person who didn’t ask if that could be ever real and if we will able to testify  soon the biggest scientific achievement in the field of genetic research. Unfortunately, there are a lot of debates about this issue and it is definitely not easy to imagine that the excellency of the movie scenery will be realized in our reality in spite of the fact that we would be so entertained and fascinated to bring our children for a weekend tour in the jurassic world within our modern world.

Some years ago, one magazine wrote about the  British scientists who had cloned a dinosaur. That magazine even had a picture that some opponents of the xoax story accused it is a picture of the baby kangaroo and definitely not the claimed Apatosaurus. The paradox of the whole idea was coming from the thoughts that the researchers extracted dino DNA sequence from the fossil located in the Museum of natural sciences.According to another group of paleontologists, the dino DNA doesn’t exist anymore so how it could be isolated then. When the cell dies, enzymes cooperating with water and pathogens start ruining the DNA composition. In the colder conditions, the whole process is slower and based on calculations from the scientists :“Fairly recently that DNA has a half-life of 521 years; that means it takes 521 years for half of the bonds holding DNA together to break. After another 521 years, half of those remaining bonds will have broken, etc. This will obviously vary with conditions such as temperature and the presence of microorganisms. But even if samples were preserved at cold temperatures, it was estimated that after 1.5 million years the sequences would be unreadable, and after 6.8 million years every single bond would be destroyed. Dinosaurs went extinct some 66 million years ago.”

If we imagine that we found some DNA piece but not fully demolished, the question is how we will build the organism, if we have missing parts. Maybe to combine with the DNA particles from another genetic type? Many suggest that birds like some form of avian dinosaurs could be used for genetic engineering and creation of  Frankenstein from the Jurassic time but then we could not talk about the pure species but about the hybrid we actually do not know anything about.In that case, biology cant work properly.

Then, the science pioneers discussed about the ability to implant the usable dino  DNA in the appropriate egg cell. The ideas about injecting the DNA into the animal womb could be erased because it won’t be magical formula for that cloning:“When cloning animals, scientists need to replace the genetic material from a donor cell of an animal that they are trying to clone. We don’t have any spare viable dinosaur cells hanging around. Scientists are hoping to be able to use  elephant cells(if they decide it is ethical) to clone wooly mammoths, but even this requires some re-jigging of the normal cloning process since these two species diverged a long time ago. You couldn’t replace DNA in a donor ostrich cell with, say, stegosaurus DNA to make a viable cell, they’re too different. Apatosaurus’s were also huge- the developing foetus would simply be too big for the ostrich. “ 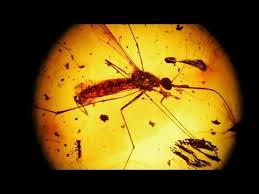 No, we won’t get his majesty T-rex so easy. American paleontologist Jack Horner suggested to implant the certain genetic levers in chicken embryos and hoping it will work and we will be able to create the dino like anatomical features of the chickens. As we can see, the main accent is on the modern-day birds and their significant role in the potential dinosaur engineering. I would conclude that it would be genetic mixture and project on mutants rather than on extracting the pure species and make them alive after thousands of years. The task is too big for the science of our age.

In many scientific debates and arguments, it is obvious that paleontology and genetical archeology insist more on the importance of cloning the woolly mammoth and inventing the Pleistocenic Park than Jurassic Park. The ordinary people who are far away from understanding the different language of genetical inter sequencing are more interested in T-rex alive than in the wolly mammoth emanation. Maybe Hollywood needs to put all efforts to feed the human beings imagination about those magnificent prehistoric animals and their beauty but I personally have doubts that any creature brought from the ancient stages of our planet could be enough attractive to replace the T-rex jaws and speed while it is hunting you or make you swallow your own basic, primitive fear.

There are many unfilled questions about the genomic gaps and the appetite of science to direct them in the right way. There will be activists who will demand that science bring back the animal species that went extinct in the 20th century, thanks to the human race, like it is India’s Asiatic cheetah and Australia’s Tasmanian tiger.Indeed it is more reasonable to dig their DNA and to make them alive than to search for dino DNA and hoping to not create the final monster that will eat us all.

The secret work of many scientific corporations on the genome recoding and DNA inter mapping of many species from our evolutionary genesis, could be benign and malig, depending on what is the main purpose. If the ground goal is obtaining the solution of the genetic puzzle, then it could be valuated. If there is a greed and profit and ideas about Jurassic world entertainment park that will be full of mutants, then we will be all endangered in the near or the far future. The hunger for unlimited profit will stop the realistic and rational scientific approaches.The choices and the decisions will be made in the short period of the time and for the current benefits with the long catastrophical consequences. Who will stop the monster made to kill with no limits? It could be an idea for new alive weapon and the new sunrise of the military industry. There are so many options and the mind is ready to embrace them, especially if there are strong motives behind.

In Regards to it, I must conclude that the beauty of our organic world is more than a attractive to be studies and further researched but only with the ethical and noble ideas because everything else will be a proclaimed death to the human race.

I am sure that Jonathan forgot to tell me that one gate is still open and I see the vibrations in the water in my glass. T-rex is somewhere around and hunts.Now. Always. Forever.

63 thoughts on “THE REAL JURASSIC WORLD:FROM THE DNA OF MOSQUITO TO T-REX?”

THE MEDIEVAL ALCHEMY:BRAVE SCIENTISTS OR WIZARDS WHO CHALLENGED THE CHURCH?