“Rituals are the formulas by which harmony is restored.”

Unless we are talking about bizarre rituals we are not able to accept and to understand. But, we are still interested to find out more about the controversial moments of one society and its own taboo practice. We are simply addicted to open the covered stories and to smell the burning of the human’s innocence for the sake of primitive and animal fears.

The world travelers who find themselves lost in the mist of some forgotten land, often come back with the Robinson Crusoe inspiration. The scary adventures in deep jungles, the discovery of cannibalistic tribe or the escape of death are not the scenario for some future blockbuster.They are the  footprints of modern explorers who bring us the piece of mystical world, the piece we are not always ready to swallow. 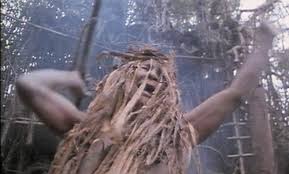 The Yanomami tribe is one of the most interesting for the anthropologists because they are the largest indigenous tribe on the  South American continent. They are located  on the shores of the Amazon, some of them live in the southern part of Venezuela( around 10,000 people) and the rest are in the northwest of Brazil (about 9,000 people). The most exciting fact about them is that they hold on their local customs and backward culture, they do not change their religious frame and practice and they are not exposed to the influence of white settlers or gold seekers who are ready to destroy all for the profit. The Yanomami are also known as  Yanam or Senema but almost always like a specific tribe that has very strange death culture, merged with cannibalism. They are presented to the world’s population as a people who eat ash of the death to ensure the salvation of the soul. The term is endocannibalism, what also means eating the  flesh of a human being from the same community after they have died or consuming their relics through  in the mortuary process. 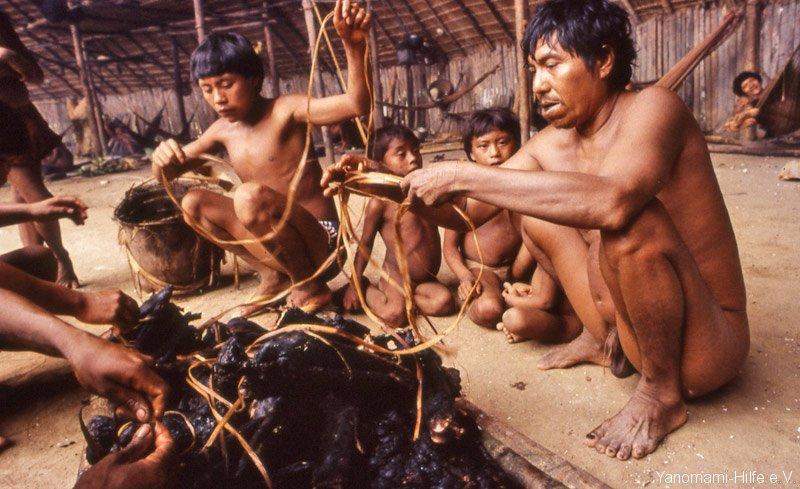 The social picture of Yanomami Indians is also unique. They prefer life in small groups, where they all enjoy naked, sharing a common tent Shabono. They do not interfere with other communities, only in the case of weddings or wars. Because of the group’s life and activities, men usually get in conflicts with one another and fight each others but according to observations of scientists, the violence is not the attribute of this tribe but rather an unwilling choice. However, the death culture is very substantive in the mentioned community and it is a core of the tribe living cycle and based on Dr. Frank Jacob research:”The religious conviction of the Yanomami rests on the belief that the soul needs to be protected after death, a belief that appeared in European antiquity as well.The soul could enter another life form.Due to this, the Yanomami do not hunt special kinds of birds, which are seen as a possible container for the souls of dead tribe members.Following the religious beliefs of the Indians, the soul is only able to achieve a full salvation if the dead body is burnt after death and if the ash is eaten up by the family and the relatives of the dead person. So, in contrast to the funeral rites which are practiced all around the world, the Yanomami do not bury the corpses.In a ceremony the dead body is burned down and the remaining ash and bones are collected by the remaining relatives.”  They express their feelings towards the dead community member through the cries and songs, masking their faces with the grime. After the burning, the bones are picked up and mixed with the ash in some pot where they stays until the second part of the ceremony of death ritual. In the afterphase, they collect the bones, make them pulverized and mix with banana, making famous banana soup which will be consumed by all. Banana mush is the most popular dishes of these native Indians so it doesn’t surprise their interest to make it from the ash and bones of dead tribe member. They believe that is the only way of successful and right journey of the soul to the paradise, through the other who eat it. If there is no full ceremony, the soul is damned and without peace.

The endocannibalism is not a typical cannibalism but the form of indirect cannibalism, in some spiritual way. The Yanomami do not see anything wrong in this but they see wrong if the ritual is not made and the soul is cursed to wander between this world and the another one. I found very interesting that Yanomami prior to cremation, cover the body in leaves and let the nature to do the rest of the job. Natural decomposition usually takes up to 45 days, calculating the fast work of insects.

The consumption of ashes in one sitting is obligatory but there are situations when we have exceptions, especially when the enemy have killed the Yanomami member:”Rather than the entire community consuming the ashes, only the women must do it, and it has to happen on the night that a revenge raid is planned. The ashes of these men killed by enemies may linger around for years until the tribe believes that their deaths have been rightfully avenged. This is due to the Yanomami tribe’s belief that the spirit cannot completely transition to the spiritual world without completely vanishing from the material world. Therefore, the ashes cannot be fully consumed until the matter of avenging the death is resolved so that the late loved one can make the peaceful transition to the spiritual world.”

Maybe it is not a real comparison, but the Aghori monks of Varanasi in India have the similar ideas about endocannibalism. They believe that they will achieve the majestic spiritual power if they consume the parts of the dead or their ash. It is one primitive belief that the relics give them  power to communicate to the world of dead. There were many scandalous stories about those monks but at the end of the day, they are not monsters and killers. They are dwelling into the shadows between the two worlds, preying on dead souls and their journey to the life after this one. 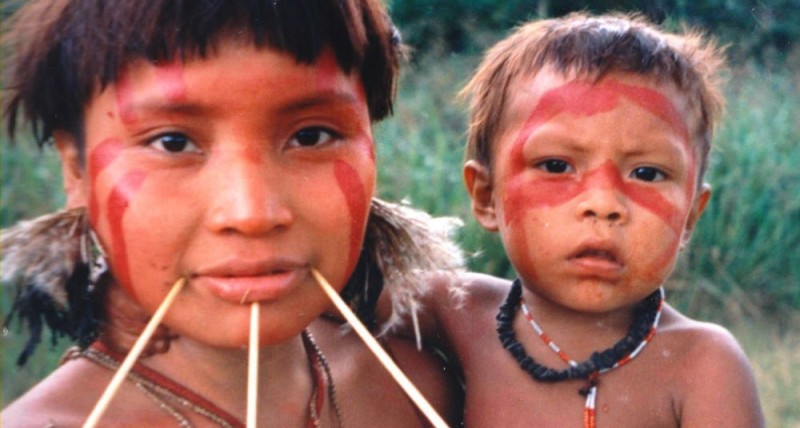 The Yanomami are far away from the mysticism of Aghori monks. They are still stuck in their own cultural taboo and in their own glorification of death rituals. For hundred years, nothing has been really changed within the vibrant tribes in the rainforests of the Amazon. Considering them violent and dangerous is not a real effort when they are one exclusively indigenous tribe per se. The endo cannibalistic characteristic of their tribe  religion is nothing but the proof that civilization manners will never achieve every single corner of the Earth. It will be always the places and the people who will be enough distant to resist the wheels of the mankind’s progress and who will always turn their Gods into our nightmares. Regardless how, their unique anthropological identity is a challenge for all of us, everytime we think of deep, ancient jungles and their own rules.

24 thoughts on “FOLLOWING THE TRACES OF YANOMAMI TRIBE:ENDOCANNIBALISM AS A DEATH RITUAL”