“Money will determine whether the accused goes to prison or walks out of the courtroom a free man.”

According to some statistic in recent time, the percentage of Americans in the prisons has doubled since 1985. It seems that every new year is more disturbing when it comes to the issue of imprisonment in the U.S. The American dream then turns into the worst nightmare and the book of rehabilitation under the judicial measures  often opens the chapter of pure abuse with  negative outcome.

The topic of penalty system in America is very sensible one. I would say it is political question rather than just legal because the current political distribution of power regulate the circulation of rules within the justice sector. There is no such a thing like an objective justice system without gravity towards one or another pole of pure interest. The neutral justice is an ideal goal but almost none strive to it, especially not the government. What is happening under the excuse of  sacrifice for the mercy of the Goddess Justitia or Themis is one collage full of intolerance, misuse, lies and corruption. The department of correction is nothing but a cover for selfish and egoistic business and lucrative political daily plans. Based on the betraying numbers given by  Amnesty International, the U.S. is responsible for nearly 22% of the world’s prison population:“More than 2 million people are incarcerated in U.S. prisons as well as local and county jails.  1 in 3 black men in the United States will go to prison or jail if current trends continue. An average of 5 million people are under state or federal supervision in the form of probation or parole. ” This trend can only have an increasing line because the level of crime goes up with almost a viral madness.

The next big problem for analyzing the states of incarceration in America is also the influence of the civil and political rights. The racial disparities and the lack of equality for ethnic minorities make the failure of judicial measures in all levels. If one imprisoned person is not free from discrimination and has no liberty and security in prison, then we must question the potential role of rehabilitation in captivity. The psychologist underline that rehabilitation standards are not  the same for violent and nonviolent crimes but due to the cut of public money for correction and education in prisons, the imprisoned become worse after the period in jails. That is the worst result of limited budget for incarceration and above all, the consequences of  the unstable legal  policy on local and national level too. 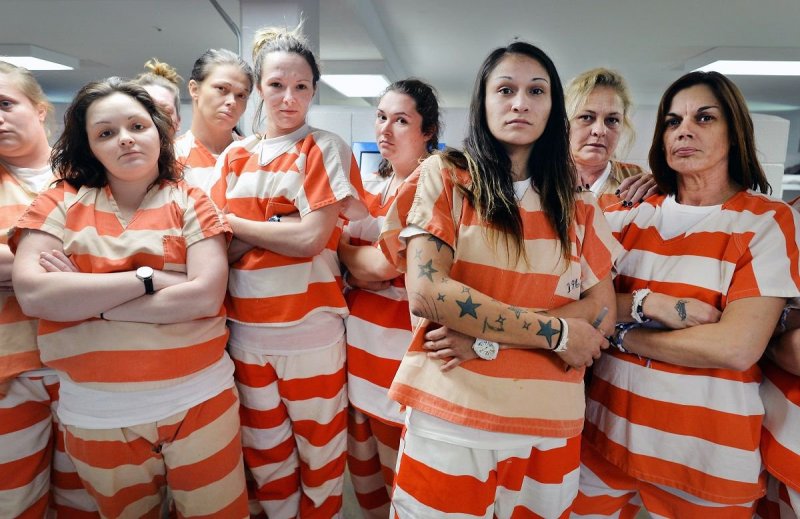 Many people who are fed up with Democrat’s policies  for last 8 years will say that there is no rehabilitation for violent crime committers but the death penalty. We are talking here about the brutal violent crime act like serial and  mass murders or sexual sadist predators with pedophile backgrounds. It seems that those individuals have no chance for recovery because they are too deep into the darkness. However, the death penalty is a past in many states so it is to be expected that the high profiled psychopath will stay in the jail forever, being labeled as mentally disordered and under the constant psychological monitoring. This is something which will cost the American taxpayers   more than the unsolved problems of racial and ethnic inequality in imprisonment of drug dealers picked up  from some of the busiest streets in the U.S. I am not referring here that death penalty must be taken back as a perfect solution for the reduced budget for justice but it must be made a positive balance between violent and nonviolent crime offenders and so the program for their possible rehabilitation. You can not cut off the educational program in prisons for the drug dealers, abuse them and then let them again on the street being more monstrous than ever before. If they haven’t committed the murder before, they will do for sure in the future time. Unfortunately, the jail teaches them there is so way back, the life  can be only bitter. We should also count on post-imprisonment place in the society for many of them. Lack of jobs and house will definitely make them go back to the area they have tried to escape from. On the other side, there is money for sadistic killers and social predators to be kept safe and controlled like Dr. Hannibal Lecter in the famous Silence of the Lambs. Someone would suggest that those people shouldn’t have any rights and should be only used as an object of scientific research instead of army of poor and innocent animals. This is a complicated question to advice on because the government always knows the best. People must only pay so it shouldn’t bother us for who we pay. At the end of the day, drug dealer or psychopath, they are ended up under the same roof.

Peter Wagner, the co-founder of the Prison Policy Initiative wrote the report about the States of Incarceration in June 16,  2016. Just to make it clear, the Incarceration Rate (IR)is an indicator that represents the numbers of prisoners in official jails per 100,000 population at the end of the calendar year. He stated Louisiana has been called “the world’s prison capital with the Incarceration Rate  1,153 but, the surprising fact is the District of Columbia on the first place, with the Incarceration Rate 1,196. Then comes the Georgia with the IR 1,004, Oklahoma IR 995, Alabama IR 987,South Dakota IR 904, Arizona IR 901, Texas IR 890, Florida IR 868 so on the 10th place is Tennessee IR 848.  The mentioned human rights activist believes that the U.S. government hasn’t answered at any of the questions regarding the quality of  public safety but instead of it, through the lack of correction measures and rehabilitation policy, encouraged the high rate of crimes in the areas known for ethnic and racial disputes.:”The U.S. incarcerates 693 people for every 100,000 residents, more than any other country. In fact, our rate of incarceration is more than five times higher than most of the countries in the world. Although our level of crime is comparable to that of other stable, internally secure, industrialized nations.The U.S. has an incarceration rate that far exceeds every other country.Nearly all of the countries with relatively high incarceration rates share the experience of recent large-scale internal conflict. But the United States, which has enjoyed a long history of political stability and hasn’t had a civil war in over a century and a half, tops the list.” If we compare, for a moment, the U.S. and the Turkmenistan,the country with the second highest  Incarceration Rate in the world after America, we must keep in mind the fact that Turkmenistan has an authoritarian government but how to explain the twice  higher  IR in D.C. where is located the American Government itself. This is a modern judicial paradox. Too much safety leads to anarchy and vice versa. Crime can never be prevented by government’s presence rather by government rationally based legal policy which simply has failed in America.

The former Soviet Union has always followed the USA with the high  incarceration rate but after an epidemic of tuberculosis in the overcrowded prisons, the new Russian Government adopted the Amnesty Policy in 1999 and reduced the alerting high IR.
The positive trend among the American states could be seen  in the following: Utah, Minnesota, Rhode Island, Maine, Vermont, and Massachusetts but even them are facing with the higher IR than some African countries with the traumatic political past. In the global level, among the NATO members, after the U.S. with IR 693, ,comes the U.K. with IR 145, Portugal IR 139, Luxembourg IR 120, Canada IR 114, France IR 99, Belgium IR 98, Italy IR 88, Norway IR 70, Netherlands IR 69 and Denmark IR 61.
We can not stop the crime and shut down the departments for corrections but the measures of justice must be reshaped based on the current events and crime requests. The violence in jails can only cause the more violence on the streets when we lose our compass and identify our justice with the crime’s rules.

It must be something done now and not 10 years later when we will only salute survived from the jail who are embracing the  new identity for a crime again. The rehabilitation must be rationally designed and must be useful as well as the post-prison period for each of the imprisoned people. The post-recovery era is also very important for the justice and the judicial system must encourage the society to step in into the effectively dealing with the   accumulated mess within the advanced American society.
Michael Badnarik , the political figure and  Libertarian candidate for president in 2004, once wrote that on average, drug prisoners spend more time in federal prison than rapist who often get out on early release because of the overcrowding in prison caused by the Drug War. Ask yourself now what or who  is more dangerous for us? The paradox of so-called justice.

8 thoughts on “BEHIND THE MASS INCARCERATION IN THE USA:IMPRISONED BUT NEVER REHABILITATED”