WHEN WILL BE THE FINAL BATTLE AGAINST THIS MICROBE ?

“There is nothing so patient, in this world or any other, as a virus searching for a host.”
― Mira Grant, Countdown

The virus. Invisible, untouchable, silent enemy of the people. Its status is under debate. Some experts believe they are a form of parasites but others argue them and oppose them with the fact that only living organism can be classified as parasite. According to them, viruses do not do any of things which living organisms usually do. Christian Cantrell stated that viruses do not grow or move on their own but they only reproduce with perfect timing after they find their host cell and inject their DNA through the cell’s plasma wall. They make one perfect attack on the chosen host cell. They confuse the basic code of the targeted cell and replace it with their own so the cell is producing millions of virus copies until the inner pressure is so big and the infection is ready to be launched out.Once the cell is exploded, the virus has already achieved its purpose. We get the new terrifying disease and the world is in new panic. Whatever anyone  thinks of the virus intelligence, they deserve to be respected as perfect molecular killers.

Ebola and Marburg are very famous viruses which cause the viral hemorrhagic fever and definitely they are both  on the list of the top ten the most dangerous germs.  It is interesting to see that the mentioned list also has another viruses, more or less known but equally dangerous for the people’s health. Among them is Lassa virus too. Romantic name for  a cruel destroyer.

This virus was named by a small town of Lassa,in the Yedseram River valley  in Borno State, Nigeria, back in 1969 when one nurse was infected with strange zoonotic disease. The clinical picture is similar to other viral hemorrhagic  illnesses but     Lassa fever is specific and sui generis. Here we are meeting with an arenavirus, which is an enveloped, single-stranded, bisegmented RNA virus. Its hunger for people lives has been  known for years before it is connected with this viral pathogen and defined as Lassa disease based on Lassa virus destructive ride.

Scientists found out that  the rat species Mastomys, in particular, M. natalensis is a host reservoir  of the Lassa virus since it is monitored that those rodents are constantly infected with the mentioned disease and about 15% of rodents in total in African continent are hosts of this microbe. They do not show the sign of the fatal diseases but that doesnt mean they do not spread it as vectors, through the natural transmission chain. The virus is shed in urine and other vector’s secrete and for the researcher is the big question how they will find the zero patient and how they will catch the rhythmic of the virus jumping from one host to another. The rats live in habitat and share it with people so doesn’t  surprise how the virus came from animals to humans so fast. The worst thing about this viral disease is that it collects victims from variety of infection channels. Sometimes, the potential host can touch rat urine, feces or saliva or even consume it through the contaminated food or water. There is one more dimension, infection via skin breaks and aerosol way of dust-borne particles. These features of Lassa virus make human to human transmission very easily and potential outbreaks very contagious. If we have one patient infected and someone else who is taking care of him will also get sick, after incubation of 10 days and sometimes even 24 days. Evidently, the risk is bigger as the circle of infection is bigger and wider. The virus is also sexually transmitted and it seems that Lassa can find all  available roads to humanity without too much stress. 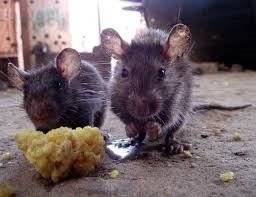 The clinical picture of Lassa is very similar to Ebola and Marburg biological killing:” Gradual onset of fever and malaise.  Increased fever (which can last 2-3 weeks) and myalgia, with severe prostration, accompanied by involvement of specific organs and serosa.  Patients frequently present with pain behind the sternum and with coughing.  Additional common symptoms include:  abdominal pain, nausea and vomiting, diarrhea, or constipation; also:  conjunctivitis, pharyngitis (inflammation of mucous membranes and the underlying parts of the pharynx), increased vascular permeability (such as pleural effusions), and proteinuria (protein in the urine).  About 10-30% of patients present with facial and neck swelling.  Approximately 2/3 of patients present with sore throat, usually accompanied by objective inflammatory or exudative (oozing) pharyngitis.  Some patients experience adult respiratory distress syndrome.   Skin rashes and jaundice are rare.Some patients experience bleeding from the gums.   In addition, capillary lesions cause hemorrhaging in the stomach, small intestine, kidneys, lungs, and brain.Less than 1/3 of patients present with bleeding; however, bleeding is a predictor of a significantly higher risk of death.  In severe cases of Lassa fever, shock and vascular collapse occur, followed by death.  Research suggests that the shock results from platelet and endothelial dysfunction, which cause hemorrhage and allow fluid to leak into the intravascular system.”

Those who are not familiar with epidemiology, they would mistaken Lassa with Ebola or even Ebola with Lassa, but the differences are visible and for good expert very obvious.To check the presence of this virus, one must isolate the deadly pathogen from blood or urine and  detect the  immunoglobuline M (IgM) antibody to Lassa virus.

Unfortunately, the health system in Nigeria which is not so perfect is making this virus being more productive than it would be under normal medical conditions for people to treat themselves in best way.No vaccine is available but there is an available treatment for adults with ibavirin:  2-gm loading dose, followed by 1 gm every 6 hours for 4 days;  followed by 0.5 gm every 8 hours for 6 days. This applies only if the patient is diagnosed on time. Most of the people die because they are late to discover they are infected with Lassa and it is estimated that mortality goes to 20% and sometimes even to 45%, depending which African country is dealing with Lassa. Some patients bring Lassa to another countries during their travel adventures so this is the journey for deadly virus to Europe, Asia or America, with horrifying effects on non-African people.

The Nigerian battle against Lassa started in 1969, after first fatal outbreaks over there. In the meantime  Liberia  and Sierra Leone are also fighting to defeat this viral disease and to reduce the mortality numbers. Based on some statistics, up to 300,000 infections are recorded per year in West Africa but the numbers are variable. 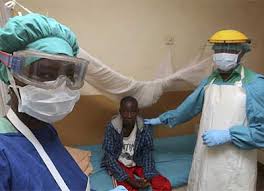 The CDC and WHO are reporting the Lassa  outbreak in Nigeria, which has been started in August 2015 and till May 2016, there were 273 cases and 149 deaths across the Nigeria. The cases are coming from 23 states in Nigeria:“Since August 2015, ten health care workers (HCW) have been infected with Lassa fever virus, of which two have died. Of these ten cases, four were nosocomial infections.As of 17 May 2016, 8 states are currently reporting Lassa fever cases (suspected, probable, and confirmed), deaths and/or following of contacts for the maximum 21-day incubation period. Currently, 248 contacts are being followed up in the country. The other 15 previously affected states have completed the 42-day period following last known possible transmission.”

The official responsive service is doing its best to stop this outbreak and Nigerians try to fight vectors with rat poison in spite of advises from Ministry of health to use a trap. The highlight from WHO for this African country is to develop the effective surveillance system  so the cases can be detected early and treated the best way and to reduce the possible outbreaks chain. The main problem is lack of media equipment so many health workers over there are endangered just making their daily job because it is not sure when among patients will be some with highly contagious Lassa or Ebola virus.

Based on current efforts of Nigerian Government to fix the problem, in spite of many internal political conflicts and security tensions, the Minister of health, Prof. Isaac  Adewole admitted that Nigeria cant treat the Lassa the same way like Ebola:“Ebola was imported into the country through only one person, Lassa fever is endemic in the country, hence the approach to the two diseases cannot be the same.”

Nigeria is fighting this battle staying very strong and focused. It is not technically and medically empowered to it can solve this problem but if we add to that the Boko Haram and terrorism threaten as well as virus deadly game,the position of this country and its people is not easy. However, they are showing to the world that they can adopt recommended measures and to adjust the standards to the local demands so the virus remain limited and controlled.

Lassa virus is following other siblings in their demonic dance against people. Nothing new for secret warriors of  the Nature.  The question is when we will realize why they come to us and what is the reason behind the fatal punishments. Maybe at that moment, this mankind will learn finally the lesson, to not mess up with natural  no trespassing zone.

YADNYA KASADA FESTIVAL: SACRIFICE INSIDE THE VOLCANO CRATER IN INDONESIA

SNAKES SKINNED ALIVE IN THAILAND:HORROR BEHIND THE FASHION INDUSTRY