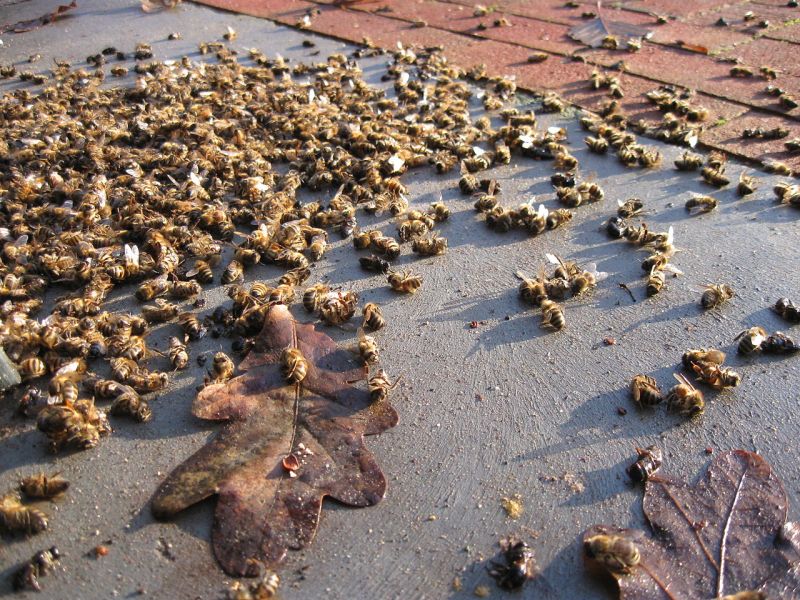 WHY ARE BEES DYING? THE BEES DESTINY WILL DEFINE THE MANKIND’S DESTINY

“If the bee disappeared off the face of the earth, man would only have four years left to live.”
―  Maurice  Maeterlinck, The Life of the Bee 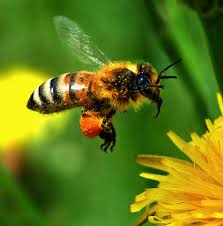 They accomplish their task and then die but they live productive life. From the beginning of their existence, they are working hard to ensure the prosperity of the  hive.After 45 days, they are dying and being replaced with the new generations of workers. They are known as bees, one of the most useful insects and definitely widely beloved by people.

There are so many inspiring scientific facts about these small creatures and people are still amazed how they are doing what they are doing but almost none thinks that without bees there is no life. That is one basic and dangerous truth. The bees are so important for the global ecosystem that their extinction would have tragic consequences for the rest of the world and its survival. 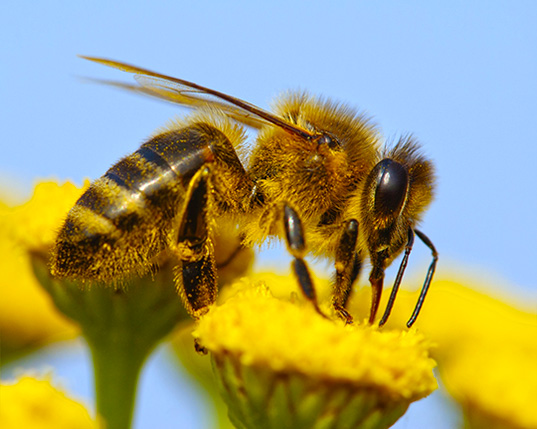 The beauty of the bees is described not only by nature lovers but also by scientists who are impressed how these tiny animals are able to fly up to 15 miles per hour and to flap about 12,000 times per minute with wings just to keep their pollen-laden bodies flexible for flight back to home.  Beside it, the organization of the bees community is also a big mystery for researchers. The honey as the final product is not only the result of active field work for certain group of bees but rather synchronized team work of the whole hive. We could call that as some kind of communal spirit where each class knows its role and duties:” Nurse bees care for the young, while the queen’s attendant workers bathe and feed her. Guard bees stand watch at the door. Construction workers build the beeswax foundation in which the queen lays eggs and the workers store honey. Undertakers carry the dead from the hive. Foragers must bring back enough pollen and nectar to feed the entire community.” This is very applicable when it comes to the numbers that more than tens of thousands of workers must work united to produce 60 Ibs. of honey which is amount necessary to be made to sustain the bees during the winter season. Mathematicians calculated that one single honey bee worker during its lifetime produces about 1/12th of a teaspoon of honey. Now, imagine how many of them must work hard during their short lives to produce honey we are having in our markets to buy and to enjoy without thinking what  kind of tremendous effort of these tiny insects  is behind it. 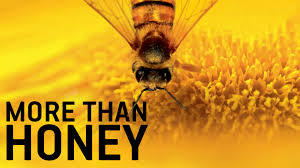 I found it also fascinating the biology of the queen honey bee. She lives longer , maybe up to 4 years but she has no much time to use her ability to mate. Only one weak after she is out from her queen cell, she must be prepared to fly away from hive and mate and that ability will last only 20 days. After that period of time, she wont be able to mate and to produce new bees. The only good thing about this is that if she mates successfully, she keeps that sperm in her spermatheca for whole her life and she is capable to fertilize eggs without making all over again.The drones are male honey bees and their life purpose is enabling the sperm to the queen and after mating, they are dying.   This is some  form of  producing the progressive population because each queen can lay up to 1,500 eggs per day and when we compare to the lifetime activity, each one is making up to 1 million of bees. 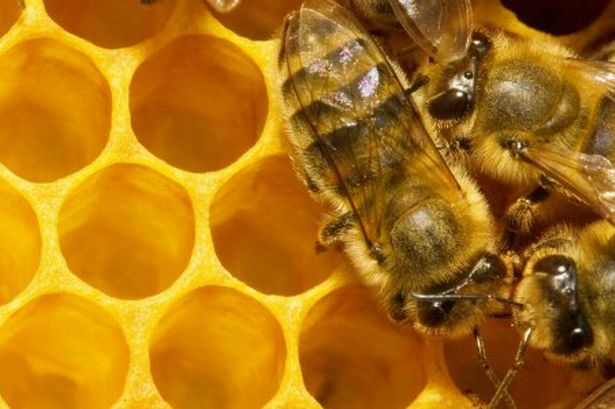 The bee society has always intrigued professionals as well as ordinary people. The perfection of inner communication and the consolidation of the outer activities turned bees into flying tiny intelligence.  How they can communicate without any mistake ?  Karl von Frisch received the Nobel Prize in Medicine in 1973 because he discovered and somehow explained the secret language of honey bees, known as the waggle dance. This is definitely their code of sharing information from the ground. When scout bees go to search for pollen and nectar, they are coming back and performing some kind of dance on the honeycomb:“The honey bee first walks straight ahead, vigorously shaking its abdomen and producing a buzzing sound with the beat of its wings. The distance and speed of this movement communicates the distance of the foraging site to the others.Communicating direction becomes more complex, as the dancing bee aligns her body in the direction of the food, relative to the sun. The entire dance pattern is a figure-eight, with the bee repeating the straight portion of the movement each time it circles to the center again.Honey bees also use two variations of the waggle dance to direct others to food sources closer to home. The round dance, a series of narrow circular movements, alerts colony members to the presence of food within 50 meters of the hive. This dance only communicates the direction of the supply, not the distance. The sickle dance, a crescent-shaped pattern of moves, alerts workers to food supplies within 50-150 meters from the hive.” The other word for this is odor cues (Pheromones) and it spreads news about all what is happening in the bee colony and that is the way how the queen is sending the signals to her followers that all is good with her. Even Aristotle observed this secret bee code but after German scientists Karl von Frisch decoded this, the understanding of bees became easier. The hard working bee will visit more than 100 flowers and will carry the precious pollen many times to the five. The process is tiring and exhausting for bees so the carriers dont live long, maybe not longer than 3 weeks. In the meantime, they will communicate among each others and informing themselves where is the pollen source and how far they must go. 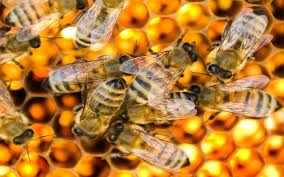 When we think about the devotion of those precious insects , we must feel sorry for their hard life which is a repeating process in order to produce honey which so many people take for granted, unfortunately.

The bees are dying. This is devastating fact and wildlife experts are warning that the civilization must wake up and do something concrete to save the endangered honey bee population:”The consequence of a dying bee population impacts man at the highest levels on our food chain, posing an enormously grave threat to human survival. Since no other single animal species plays a more significant role in producing the fruits and vegetables that we humans commonly take for granted yet require near daily to stay alive, the greatest modern scientist Albert Einstein once prophetically remarked, ‘Mankind will not survive the honeybees’ disappearance for more than five years.’ ” 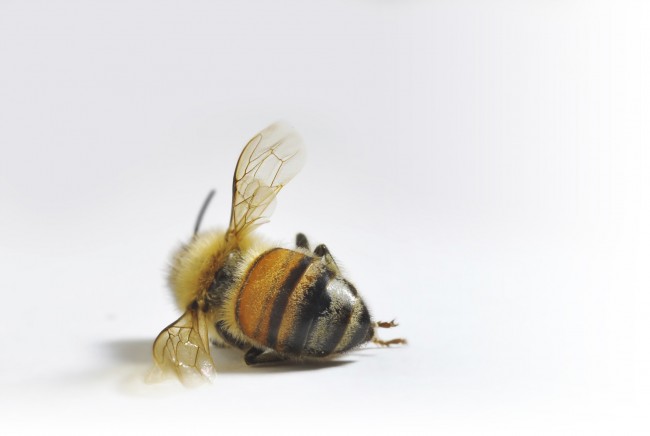 So, what is happening with the bees? What is killing them so suddenly, in the  last ten years? The first serious reports came in 2006 when many beekeepers in the USA complained that their honey bees are dying off at rapid rates. The Dakotas, Montana, Minnesota as well as California faced up with the Honeybee Colony Collapse Disorder (CCD):“A new government study blames a combination of factors for the mysterious and dramatic loss of honeybees, including increased use of pesticides especially in the US, shrinking habitats, multiple viruses, poor nutrition and genetics, and even cell phone towers. However, according to last year’s joint EPA-USDA study,  the biggest cause is the parasite called the Varroa destructor, a type of mite found to be highly resistant to the insecticides that US beekeepers have used in attempts to control the mites from inside the beehives. Moreover, new virus species have been found in the US and several of these have been associated with Colony Collapse Disorder.” It is more than obvious that reason for this should be found in aggressive industry colonization and genetically  modified insecticides and herbicides which caused the imbalance in living creatures and especially in bees. The Guardian even wrote about Monsanto’s contribution to the destruction of the  bee population. The insecticide called Bacillus thuringiensis (Bt) which is produced by Monsanto, has a specific feature to break the bee receptors for eating, to make her weak and easy to be attacked by any bacteria. Beside it, a type of insecticide called neonicotinoids causes the poisoning of the bee colony because the bee is infecting through the contagious plant’s DNA and brings back to the hive the contagious what makes the whole affected bees disoriented and weak. 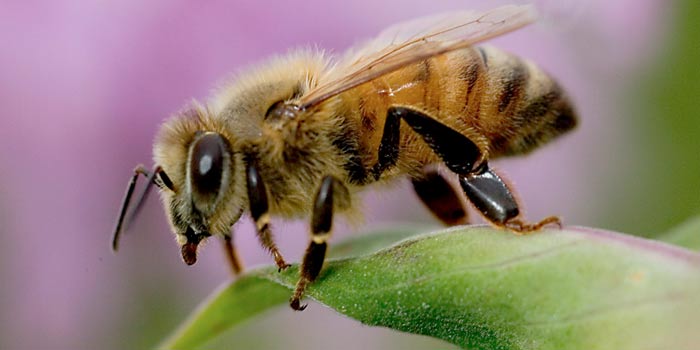 The US is still fighting with the corporation greed so many industrial giants dont accept so easy the changes from the Green Policy in spite of European and Australian success in implementing measures for protection of endangered honey bee population. 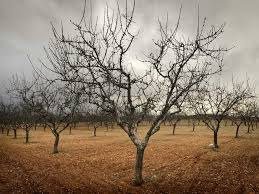 Most crops (about 70 %) that are used today require pollination to develop fruits, nuts, and seeds and bees are one of the most important pollinators which we have taken for a granted for many years and not even thinking what would happen if they are gone.

The bestiality of the industrial profit and the absence of ethic in agricultural treatment as well as in the Environmental field  opened the black hole in our universe. We must do all we are able to do to push our governments to allow passing of non-harm chemical means in agriculture and to ban all dangerous insecticides and herbicides.

The fight wont be simple but each single honey bee is worth of it. Next time when you consume honey and enjoy its taste, give a second of your thoughts to millions of those small, brave and hard working insects and try to move yourself and work on their protection. They wont stop working until they dye but its our moral obligatory and human responsibility to save them and their short lives so this world can keep going too. 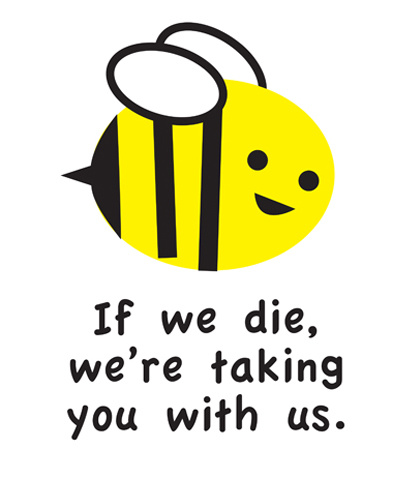 4 thoughts on “THE EXTINCTION OF THE BEES :THE WORLD AFTER THEM?”

A FURIOUS BUT BENEFICIAL INSECT: THE CONTROVERSY OF WASPS