TROPHY HUNTING AND POACHING – THE PURE CRIME AGAINST NATURE 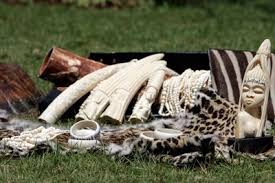 “The Earth is large enough for all to share, but mankind’s heart is not enough large to care”

While  I am sitting in the garden and watching the last sun rays kiss the nature, I am touched by the rhythm of old good African song “Yé ké yé ké” by Guinean singer Mory Kante. It was a big music hit back in 1988 but even now is great, moving song which lead  us into the heart of wild, beautiful Africa.Lets say this better,  it brings Africa into our home as well as many told and untold African tales.

The incredible beauty of this continent is shown  in many movies and described in many books but the most amazing part of the African story is rich, majestic and powerful wildlife or at least as it used to be, many years before human parasites started ruining the nature and everything which they dont owe.

The sanctuary of some of the rarest wild  animals and unique plants is turned into dark hole for the wildlife heritage of the whole civilization. There were thousands of precious living creatures and after the attack of so called human beings, we are talking now only about hundreds of them ,  with the potential  of that  number to go down.

The disturbing reports and heartbreaking photos about killing of wild and protected animals   don’t stop to shock the world which is trying to fight animal cruelty the best way it can. The rise of social media have helped the pro-environmental efforts but also made possible for different form of sociopaths to feed themselves through the bizarre opinions and behavior. The trophy hunting became one of the bloodiest hobby of wealthy sick sadists who pay to kill, who kill to please their psychopathic personality. According to the information from the official website of In Defense of Animals, trophy hunting is one of the worst wildlife crimes :“Every year, trophy hunters kill thousands of exotic wild animals, representing hundreds of different species, in foreign countries, primarily in Africa. They prefer to kill the most beautiful, the biggest and the rarest.Trophy hunters do not care about conservation, the struggle for survival of many animals. What they care about is killing the biggest and the best, and bringing home full trophy mounts or body parts. Heads, horns, tusks, and other body parts of most of these animals are legally, and sometimes illegally, imported as trophies to the United States by the hunters.”

The wealthy and spoiled people go to Africa for bloody sport, to hunt not for food but for pure pleasure. It must be wrong something about this. People who kill other living forms for fun are usually those who will kill tomorrow other people. Sadism has always the same base, no matter how and when it express itself. They come to some of the  corrupted governments in Africa  and offer them dollars for permits to kill some of the rarest and most beautiful animals in spite of fact that there is a long  list of “huntable” species. Trophy hunters come to kill the most precious wildlife exponents so doesn’t surprise  the longer lost of really endangered species such as elephants, leopards,  white and Western African black  rhinos as well as African lions:”Trophy hunting is an elitist hobby for those excited to pay tens of thousands of dollars for a safari with the goal of killing a beautiful, large or rare exotic animal. Many trophy hunters are members of powerful and wealthy organizations such as the Safari Club International (SCI), which promotes competitive trophy hunting throughout the world, even of rare and sensitive species, including in cowardly “canned hunts”, through an elaborate awards program.”  The competition in killing is nothing else but encouraging of pure mental disorder and wrapped it into the expensive clothing of successful person. These people are convincing the rest of the population worldwide that they are exactly helping the conservation with their money, especially after they share their trophy on social networks and expose their “sport” to everyone everywhere.Among those who are posing by killed majestic African lion or rhino we can see many politicians, sons of rich daddies, fake nature lovers and sometimes even the ladies.All of them   are nothing but a big shame for the humanity or that  what is left from it. Some of them are willing to pay up to $ 50,000 so they can pick and kill the rare animals.After they get they prey, they are proud of themselves and usually want to attract the attention of others through the horrific photos. This is the typical sign of disordered mentality. Who is picking the trophy ? Only serial killer. Who is enjoying in negative  reactions ? Psychopath mind. Sadist.

Angelo Vukasovic, the treasurer from the Sweden Democrats party, considered nationalist and far right is definitely one of the worst trophy hunters. This man is very active in politics but also in trophy hunting so he is sharing the bestiality on Facebook since 2009.People started reacting after he posted the picture of killed giraffe on the World Giraffe Day, on June 21, claiming that is the best meat he ever has tried. Not to mention Donald Trump’s two sons and their score – many killed animals, including  a giraffe and an elephant in Zimbabwe.Unfortunately, they are just a few of many killers who are paying to feed their sick nature.

The question about the ban of trophy hunting is still very controversial in Africa. It is believed that African economy depends on this but it is also a dilemma if the trophy hunting would be really forbidden in the countries where corruption is another name for business. However, it is the pure mislead to comfort  people that trophy hunters fee is doing good to the nature and endangered wildlife. Trophy hunters fee is doing good only to some of African corrupted politicians who sell souls for hand full of dirty dollars. The Humane Society International came up with the report regarding the contribution of the US in trophy hunting:” Between 2005 and 2014, more than 1.26 million wildlife trophies were imported to the U.S., with an average of more than 126,000 trophies every year. Most originated in Canada and South Africa, but other top countries of origin included Namibia, Mexico, Zimbabwe, New Zealand, Tanzania, Argentina, Zambia and Botswana. Trophies of more than 1,200 different kinds of animals were imported during the decade studied, including nearly 32,500 trophies of the Africa Big Five species: approximately 5,600 African lions, 4,600 African elephants, 4,500 African leopards, 330 southern white rhinos and 17,200 African buffalo. The top ten species imported during the decade were snow geese, mallards, Canada geese, American black bears, impalas, common wildebeests, greater kudus, gemsboks, springboks and bonteboks.” There is a variety of prices for Africa Big Five:African lion trophy hunts can cost USD$13,500-49,000, African elephant hunts can cost USD$11,000-70,000, African leopard hunts can cost USD$13,000-24,000,the Southern white rhino hunts can cost USD$55,000-150,000,the  African buffalo hunts can cost USD$15,000-18,500.As we can see, dollars are coloring the bloody destiny of these precious rare animals.

Beside this wildlife crime, based on sport feelings of the rich, there is also another type of wildlife crime known as poaching. The word as itself is more than terrible and symbolizes the unlimited suffering of the most valuable wild animals for the profit of wildlife illegal trade. That is also called as illegal poaching. The hundreds of extinct animals are being killed for the single part of  their body , which is considered  as priceless on the black market. They are being killed for nothing but for primitive and pagan knowledge of certain group of people

The Black Rhino population since 1960 is going down to 97,6% and just because this majestic animal is being slaughtered for its horn.Some people believe it cures cancer and impotence but it is proved that is zero effect of cure. The price of rhino horn  is about $30,000 a pound. Poachers dont give up to hunt them just for a horn and animals are dying in terrible suffering. The efforts of conservationist to remove the horn so to save them from illegal poaching is also the shameful picture that greedy civilization can not be controlled in any other way.

The African Elephant is an endangered animal. During the last year, there were more than 35,000 killed because of ivory what is carved into jewelry, trinkets, religious figurines and utensils. The 70% of illegal ivory trade goes to China and you can buy it on the street for $1,000 a pound. There is nothing more worth than life of elephant and the ivory as itself should be condemned in the civilized societies as well as its products must be boycotted.

The African Lion population  is destroyed up to 85% for ridiculous reasons and pagan believes of those who buy “products”. The Mountain gorilla number is about 900 remain and they are hunted and especially their babies which are sold for $40,000. Here is also important to mention Grevy’s Zebras, killed for their skin and about 2,000 of them are still there. The African Leopard is also very endangered as well as so many other animals what are hunted and tortured for the mindless reasons and for the sake of His Majesty $.

There is always something which could be done to support the worldwide efforts against the wildlife crime: 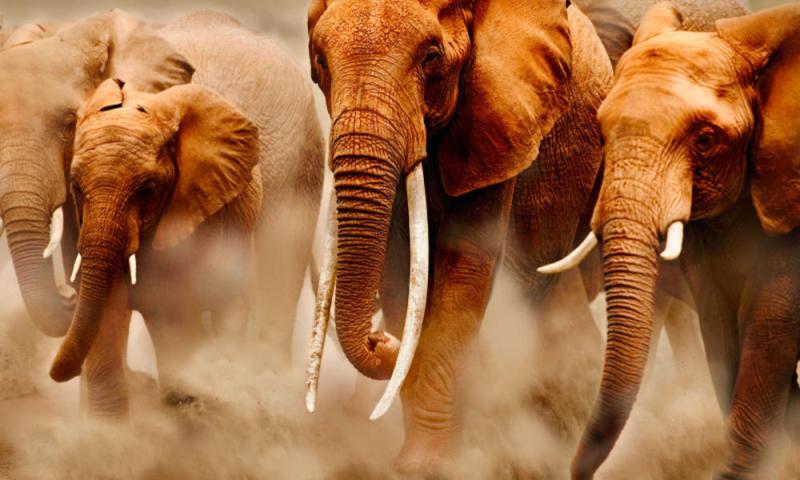 Regarding the trophy hunting:

We cant save every endangered animal but each of us can contribute to the global  campaign against wildlife crime and everyone can save some. We dont possess this Earth so we can decide who or what will live or die. We dont owe anything but our own greedy habits, selfish hearts and souls without compassion. But, we also have a chance to change that all and to become again guardians of all living forms or to end up forever as unleashed beasts.