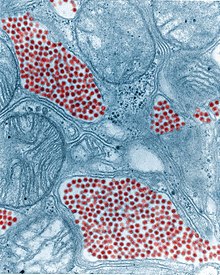 I like the name of the new virus: 3 E. It says everything: effective, emerging and endless in its killing ability. Nevertheless, the meaning of 3 E is more in epidemic background and it defines the Eastern equine encephalitis virus, the member of  the genus Aplhavirus, family Togaviridae.  The invisible enemy is a main causer of rare brain infection, known as encephalitis that hits  just a few people in the USA each year. The interesting facts is that almost 30% of patients die while survivors keep fighting with ongoing neurological problems.  The germ  is not a joke and it seems to be awaken, active and aggressive in the recent time. 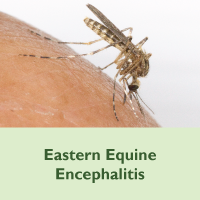 The summer of 2019 targeted America with strange diseases that occurred in Michigan, Massachusetts and Florida. The experts are already informed with the capacity of this virus bit this year is the situation a bit different as it looks that the virus particles are not giving up but rather spreading and delivering death. How can we understand this virus and its potential? The scientists are concerned about it genesis because it could be developed into the biological monster that brings disaster but, on the other side, it is so exotic that we can’t paint its scheme. There is no a logic in its active mechanism but there are very bad outcome of its survival methods.  What we know so far about this microbe? I guess that the science hasn’t expected such a progress of this virus because it has always been in the shadow and somehow controlled. According to observations of CDC, 3E has some kind of predicted behaviour and phases: “Eastern equine encephalitis virus (EEEV) is maintained in a cycle between Culiseta melanura mosquitoes and avian hosts in freshwater hardwood swamps. Cs. melanura is not considered to be an important vector of EEEV to humans because it feeds almost exclusively on birds. Transmission to humans requires mosquito species capable of creating a `bridge´ between infected birds and uninfected mammals such as some Aedes, Coquillettidia, and Culex species.” This means, the illness has mosquito-borne origins and the person could be countaged by bite of infected mosquito.  The chain of transmission from human to human doesn’t work in this case and for now.

This means, there are certain areas where there is a big risk of being infected with this virus and that applies on woodlands habitats and the reservoirs with fresh, still water. Apparently, there are the ideal breeding places of mosquitos and their potential to come up with some of the deadly viruses. Especially  zones of concern are swamps, that are typical for the region of Florida and some parts of Mississippi River but the virus has been noted in New York area, Massachusetts and Michigan too.  When some person is bitten by mosquito that is a reservoir of 3 E virus, the evolution of symptoms should happen in 1-4 days after exposing. Some people develop the clinical picture almost like a flu and overcome it very easy but some end up dead or with severe brain deviations. It depends on the age of the patient and on the immune system. Everything starts with headache, high fever, chills and vomiting that is followed by disorientation, inflammation of the brain, coma and death. The virological  power of this infection is not to be underrated but to be analysed and studied so the cure could be eventually found. At this moment, there is no any cure or medical prevention but only supportive therapy and hospitalisation.  The doctors warn that only way for this sickness to be escaped is to take care of all preventative measures that are available.

First of all, if happen that you need to go into the risk areas and environments familiar with mosquitos, make sure you are equipped with  effective repellant and appropriate clothes. The long pants and sleeves will keep you safe, for some time, from the primary invasion of the  insects. Second, you need to be sure to not cultivate the mosquitoes at your own property, making virus even closer to you and your family. Many people collect the water from the rain for the garden purposes or indoor plants. Those water- holding containers are ideal homes for mosquitoes and they must be regularly washed. Beside it, the leaves should be removed from yards and gardens, the birth-baths must be changed twice weekly and all kind of ponds or home swimming pools have to be monitored and cleaned properly.  It is recommended to use landscaping for elimination of standing water on the property. The mentioned methods aren’t only a prevention of this virus but of any mosquito- borne disease that could be simply transmitted because of the wrong hygienical approach.

I find it very concerning to witness the rise of so many mosquitoes- borne viruses in the last 15 years and that is not only reserved for tropical parts of South America, Africa and Asia but also for woodlands regions of America, Europe and Australia. The mosquitoes are very resistant insects that have survived the thousand of years in the complete evolution of the Planet, provoking the other living forms in their existential  appetite. It is almost thrilling and fascinating at the same time to know that one single mosquito could be vector of so many dangerous viruses in their conquery  of the human world.  It is not a futuristic movie but a reality. The earth is dying due to our greedy actions and selfish plans of industrialisation. We have lost our respect for nature and wildlife and we are paying the high price for it, sending the lives of innocent peoples at the Altair of sacrifice for more money and more success of so called mankind. The thousand of acres of rain forest are being destroyed for the pleasure of the group of people and their small, pathetic interests. The millions of animals are being killed annually for the sadistic reasons. If we compare those numbers with rise of the dangerous viruses, we can finally solve a puzzle. The Earth is making a revenge, step by step. Very soon, if we don’t change our priorities, this will be a world without us, without thinking animals that have never learnt to live in harmony with this Planet that belong to all creatures, visible and invisible as well.

2 thoughts on “THE PASSION FOR KILLING: EEE VIRUS”

COLORADO: THE LAND OF RED RIVER, ROCKY MOUNTAINS AND ADVENTURES

THE AUBERGINE: THE DEEP PURPLE TOMATOES AND ENDLESS HEALTH BENEFITS