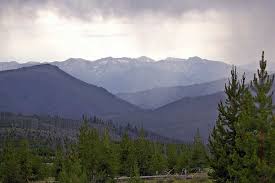 “Once a year go somewhere you have never been before.”

I would love to visit Idaho because the echo of ancient Native American culture is still over there, attracting the visitors all over the world, those who are in love with nature, simple life and lost soul peace. Idaho is one of a kind, American state that grows nearly one third of America´s potatoes, the Lentil Capital of the World, the home of Hell´s Canyon, deeper than a Grand Canyon itself and one ecofriendly pearl of the U.S.A. 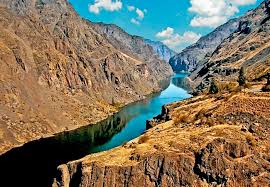 It seems like Idaho has been created for outdoor adventures. Everywhere you look, the nature has been kissed by pure beauty. From camping out in a fire lookout to the epic hiking in the Sawtooth Mountains. This mountain is wild, dangerous and alluring and it must be seen, definitely on the Bucket list, according to many tourist advisers. The Salmon River is known as The River of No Return but behind this scary name, it is the whole set of unique experiences of rafting and enjoying the river wildness. The North Idaho’s Lake Pend Oreille is deepest in the country, largest in Idaho offers inviting recreational activities and as a natural wonder, gives a lot of opportunity for fun and free time. There are people who love underground exploring and caving. That is exactly what they can get when they visit the Craters of the Moon, the underground system of magical caves. 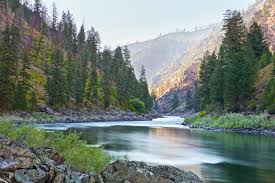 The Route of the Hiawatha is one of the most thrilling rail trails in the country, ideal for cycling and mountain biking. The view is extraordinary, especially through the Bitterroot Mountains. The most exciting part of this route is cycling through the ten train tunnels that are mysterious. One of them is notable, St. Paul Pass. The another name of this tunnel is Taft Tunnel, long 1,66 miles and the important element of the project “The Pacific Coast Extension”, and it was specific to the Milwaukee Railroad. Unfortunately, it has been abandoned in 1908 as the last American transcontinental line.

The Island Park is famous for snowmobiling, the Goldbug Hot Springs for stunning natural shaped springs and breathtaking scenery and Dunes State Park has almost an oriental portray of sands and deserts integrated in rich design of the environment.

What we know about real Idahoans? We know that they love winter sports, having personal space and prefer function to fashion. In Idaho we will find many breweries and wineries and they have a special taste, made by Idaho. The people of Idaho love to help out to a complete stranger, enjoy in fishing for a weekend, respecting the glorious beauty of Mother Nature and they are aware of the fact that there is no place like Idaho home. 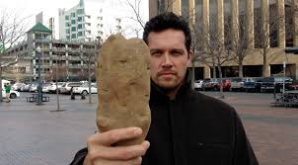 This American Gem state has so many creepy ghost towns. If some of them is not used in Hollywood scary movies of B production, you can see it in reality while you are exploring amazing Idaho and pop out into Rocky Bar. According to local urban legends, there is a spooky thing that has happened over there: „One of them tells the story of one of Rocky Bar’s most prominent ‘characters’ in 1898: Peg Leg Annie. One night, Annie and a companion set out on foot to Rocky Bar from another mining town, Atlanta. A blizzard began to rage and the women never showed. Annie showed up several days later, crawling through the snow totally incoherent. Her friend was later found dead and covered by Annie’s underclothes. Annie’s feet were badly frostbitten and had to be amputated, hence the nickname ‘Peg Leg Annie’. This story just goes to show the devastating elements that residents of this town had to go through! Living here definitely wasn’t easy. However, that just makes us even more grateful for the fact that Rocky Bar has survived after all of these years”

Idaho is a wild place with cowboy history and memory of the legendary Butch Cassidy and his robbery in the small town of Montpelier. The territory of Idaho has been known as Colorado and back in 1863, Idaho got his spectacular name that unites amazing nature, great city life and passionate residents into one. Just as a reminder, based on L.A. top recommendations for travels in 2019, Idaho is on the list with its pure natural miracles.  Whoever has a dream about visiting it, it could be done during the summer this year, on June 22, when  there is  the Water Lantern Festival in  Boise.It doesn’t surprise at all that many people think that Idaho is one of the most beautiful American states because tt has everyting. 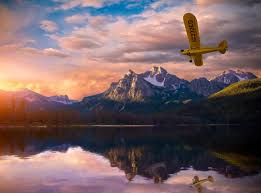 Idaho is a wild place with burning history and amazing potential. The sky of Idaho is full of powerful eagles that fly over the edge. The green grass of Idaho is home of many wonderful animals and potential for agruculture development. This state is known to be one of the most important supplier of crops items in America and its food processing of potato contributes in 32% of country production. 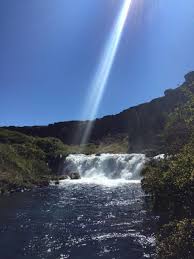 I found it very interesting that law in Idaho forbids a citizen to give another citizen a box of candy that weighs more than 50 pounds. The authenticity of this state could be measured in many dimensions because each of them is special as Idaho itself. For example, this thirteen US state is divided into two time zone: the Mountain and the Pacific. This means that one half of population lives under Mountain time while another one is coordinated through Pacific time rules. If we think of the origin of the name, I like the most theory about Idaho as land of many waters. However, it is written that Apache word “ídaahę́” means enemy but whatever Native American have imagined under Idaho, the whole new world is hidden in this American gem. 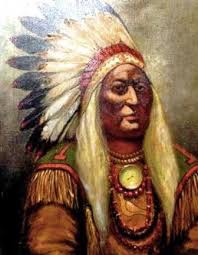 How we can know if someone is Idahoan? We have to hear their accent and how they pronounce “Boise”. Native people will simply say “boy-see” and people outside Idaho will come out with “boy-see”.

The Rocky Mountain beauty has a lot of precious stones and it is a source of significant minerals there are used for national purposes ! 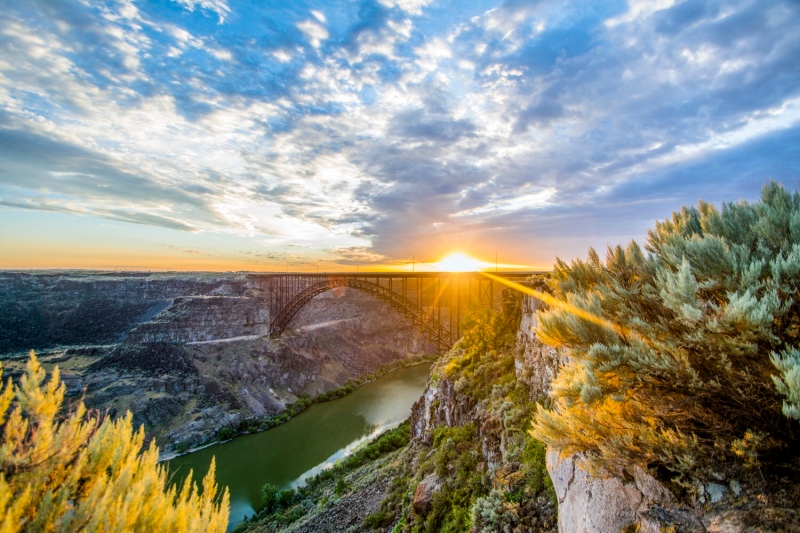 I am silent in the front of alluring portray of Idaho…. The words are lost because of the overwhelming and delightful sight of the land of thousand waters… there, where the ancient spirit of Native Americans is still wandering and wondering about the questions we will never be able to answer. The brave spirit of the lost world we still miss so much and that is awakened only in Idaho. 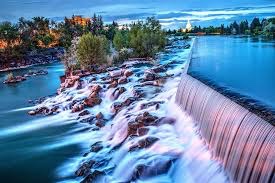 2 thoughts on “IDAHO: THE GEM STATE OF MANY WATERS”

CARDIO KICKBOXING: BE THE HEART OF LION WITH STRENGTH OF THOUSAND MEN