WHY NOBODY TALKS ABOUT SEXUAL ASSAULT OF BOYS AND MEN NOWADAYS?

-The quote from male survivor of sexual assault

Our society is disordered with double standards. There is no justice for righteous, there is only a myth about freedom and high progression of the system we live in. That is almost like a good fabricated mantra that we have to repeat in our heads until our last breath. The reality has failed to convince us that we are not in such a kind of Matrix dimension, where everything is so blurred and clear at the same time. 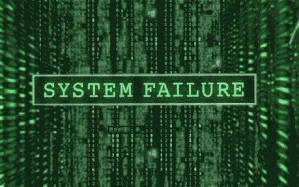 The sexual victimization of women is an old story, enough and not enough dramatized, condemned and still presented as the part of folklore of shame and primitive instincts. We all know what does it mean for one girl or woman to be sexually harassed, molested or abused and we are all powerless to change the destiny of many female individuals that are facing constantly with the horror of sexual assaults. However, has anyone thought about boys and men that are victims of sexual misuse too? I guess that they have not gotten an appropriate attention since the majority of people could not imagine that males could be also harassed and raped, hurt and marked as innocent victims. Oh, yes, they could be and they have been since the day one of civilization. Their suffering is even worse due to the established opinion that men cannot be sexually hurt as women. That is not truth and that is one of the sight effects of the double values we are forced to share. The sexual abuse does not care about genders, ages and social positions. It is everywhere and against everyone who seem to be fragile and ideal as a prey of sexual predators. It is a terrible social plague of our time.

The sexual abuse as a term is widely defined but still veiled because of the conservative beliefs that such things do not happen within our communities and even if do, we should pretend they aren’t there. That is the root of all problems in our families, societies and countries. It is all about that closed eyes on the shameful practice that walks along with our so-called human development and very oft under its protection.

What we know about sexual abuse? Generally, it is considered as unwanted sexual act or act with sexual pretensions that involves young children, teenagers, men or women, exploited for a sexual pleasure of some other person or people. This act itself is not only physical misuse of the chosen victim but also the psychological torture and keeping the target into the web of manipulations and ultimate decisions. 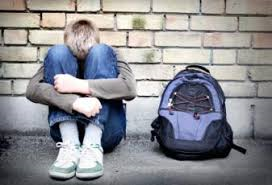 According to one research study, it is 1-in 6-statistic calculation: „Researchers have found that 1 in 6 men have experienced abusive sexual experiences before age 18. And this is probably a low estimate, since it doesn’t include noncontact experiences, which can also have lasting negative effects.” If we go further in the issue, we are opening the chapter of broken young souls that are never totally healed. If we imagine that 90% of abused children know their abusers, that leads us to the fact that those abusers are family closed people and sometimes the members of the family. Strangers abuse only 10 % of children but this does not exclude the danger of cyber universe of sexual hunters and online pedophiles that seek objects for their sick fantasies. The worst problem is that sometimes parents themselves are involved in sexual abuse of their children, not directly but indirectly as subjects, that coordinate the business and sell their youngest to industry of pornography, prostitution or individual sadism. In one American Key Strategy against child abuse, it is stated:” About one in 10 children will be sexually abused before their 18th birthday. About one in seven girls and one in 25 boys will be sexually abused before they turn 18. This year, there will be about 400,000 babies born in the U.S. that will become victims of child sexual abuse.”

The American picture of male sexual abuse is even more horrible because it is linked to the sexual misuse of the black children and the children from social lower classes. Majority of them are invisible and irrelevant for the core of dominant class and they do not lose sleep over the sexual assaults of young boys and men from the forgotten suburbs. Some are sexually harassed by older children or adolescents and some are even endangered by family members, acquaintances or online doers that have made them fall into the trap of grooming. The grooming itself is a process of dragging the victim through the phases into the sexual relation, based on trust and special attention. However, this is something against the will of young child or grounded on pure manipulation and it is considered under legal circumstances.

The men who have experienced the sexual abuse in past show the critical signs of traumatized behavior. They develop the sexual insecurity and panic hysteria when it comes to the sexual orientation and many of them have been forced into the homosexuals or bisexual orgies. Abused as young, those men are forgotten from the rest of the world and replaced by new meat on the table. Nevertheless, their souls are in wounds and they will be never capable to accept to be loved and worshipped just the way they are. Still nobody talks about it. It is a letter of embarrassment for modern societies and it is under the cover of collective amnesia.

Those men are our sons, brothers, husbands, friends or colleagues and still nobody does anything about it, to help them and to stop the predators picking the future victims. There is no difference between male and female sexual abuse, no matter what feminist logic tries to deliver as a message. The pain is a pain, the trauma is a trauma and all of them pay for it their whole life long:”For example, in 2011 the CDC reported results from the National Intimate Partner and Sexual Violence Survey (NISVS), one of the most comprehensive surveys of sexual victimization conducted in the United States to date. The survey found that men and women had a similar prevalence of nonconsensual sex in the previous 12 months (1.270 million women and 1.267 million men).This remarkable finding challenges stereotypical assumptions about the gender of victims of sexual violence” In other words, unwanted sex is equally horrific for both genders and the outcome will be more or less the same, at the end of the day. The theories of some feminist scholars that men can not suffer because they can enjoy the sex always and anywhere is simply the proof that the complete feminist ideology is based on double settings, without commons sense. The men and women are biologically and psychologically different built but the both genders are sensitive and sensible to any kind of enforced and unwanted action. The abuse of any kind will have a negative impact on the future life of the addressed person and that is not related to gender background.

The girls and women are more exposed to the sexual threatens as boys and men but in recent times that has been also changed. There are case studies that come out with the data about men being sexually harassed at workplace by the same or opposite gender. The same applies on the young men at universities and schools; they are experiencing recently almost the same sexual terror as girls. It is just not spoken like it is normal for women to be always assaulted and forced on sex and men are those who are welcoming sex, no matter what. That is one of many delusional stereotypes of feminist ideology or whatever it is that form of brainless cultural and anthropological pattern. They do not fight for rights of women but for rights of some disfigured ideas of women. I would like to see the movement that understands the challenges that provoke all human beings, not only women or only men. There are numerous threatens that targets all people and do not pick up the preferred genders.

As a woman myself but above all, as a human being, I have empathy for all victims, not only for women and female children but also for men and male children. They are human beings and their trauma defines the society as well. I remember what one of my friends once told me. She told me the following: “Pray God to get a baby boy. The boys are so simple and you do not need to be worried. Nobody will sexually bother a boy. “It was a silly statement of mother who is blind for a reality we are all locked in. The boys are not simple and they suffer too. They don’t cry or share their intimal drama because they are not supposed to be victims but still they are and it is ok that they cry, talk about it and speak out for an army of their companions, abused in school, army, university, workplace or at home.

The similar agony meets the young boys in some of Islamic oriented societies and the horrific reminder of Bacha Bazi Boys in Afghanistan. In spite of fact that homosexuality is the big sin in Islam, it is happening out there and nobody helps to young boys to survive their sexual abusers with Qur´an under pillow.

Japan is facing with severe fever of rape that hits both women and men and legal authorities ignore that. The victims they feel safer without reporting the attack to the police as to stand up and get out the shadow. Then, how can Japan be a safe country at all? Nothing better is in China.

What is happening in Europe? The Scandinavian countries are leading the rape race and that has mobilized Sweden to open a first male rape crisis center at a hospital in Stockholm with 24-hour walk-in sexual assault clinic for men that have been victims of sexual harassment or rape. Denmark is also known as the country with rooted sexism in its culture. It is all about that Nordic Paradox –the more progressed, the more deviated. The men and young boys are victims of sexual abuse with no exception because that sick Viking model of absolute domination over the weak victim is still in veins of some residents of Sweden and Denmark.

In this case, the completely modern world should be ashamed. The pain is in every single pocket of our humankind. The men and boys are abused and convinced that they should like it and accept it. No, they must not accept that silent terror against their humanity and masculinity. They are free to speak out about their fears and wounds, they arent alone.

4 thoughts on “MALE SEXUAL ABUSE IN OUR WORLD: PAIN HAS NO GENDER”

FORT MCMURRAY – NORTHERN LIGHTS, WOLVES AND ICE WALK THROUGH THE FIRE IN CANADA