WHAT DO WE NEED TO KNOW BEFORE WE MOVE INTO THE NEW HOME? 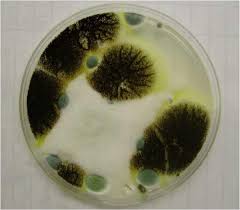 We all search for our own dream house and sometimes it takes an eternity to find the one that has all attributes of that what we have imagined. There are always so many factors that direct our choices and majority of them are related to the financial background. The first question is if we will be able to afford the house in the long period of payment back to the bank for credit support. The second question is if the house is worth of all efforts and if it’s worth will not be reduced as the time passes. After we elaborate all questions and we are still impressed with our future dream home, we usually forget to question some hidden issues that could also challenge our life in the chosen house. One of them is toxic black mold, as very important but often ignored invisible or potential problem of the house.

Why people are not informed about the dangerous black mold that could invade their new houses or it is already there, covered with fresh color of the walls? Because they do not think of the mold at all, especially not of toxic black mold that has an aggressive nature. The story about Melinda Ballard and Ron Allison that have bought a beautiful mansion outside of Austin, Texas and have been poisoned by silent enemy known as Stachybotrys, is very well known. The couple wanted to escape from the big city into the heart of nature and tranquility but instead of peaceful life and family enjoyment, they experienced the fight for survival. According to them, their small son was the first victim of toxic mold. At age 4, he was coughing blood and vomiting and not long after, Melinda and Ron have also faced up with severe health problems. It took a time to detect a causer and to define the treatment because nobody has thought about that black mold which is so typical to be found in homes, corporative buildings or other facilities in all 50 states: „Some strains of Stachybotrys cause allergies, asthma and skin rashes. Others produce mycotoxins, released into the air. These toxins can seriously damage the lungs and central nervous system. “

Back in 1999, the leading mold expert in the U.S., Dr. David Straus ordered the family to leave the house and save their lives. They left it in one moment since they have been sure that further cohabitation with mold is not possible. Based on scientific studies, the mold comes out because of the water damage and Dr. Straus believes that mold needs water and some type of organic food source:” They like cellulose. Most of the material we use to build houses – like Sheetrock, ceiling tile, wood – fungi can grow on.”

The mold find itself comfortable wherever is moisture but there are also a lot of misunderstanding about the concept of mold. The CDC stated that the term “toxic mold” is not accurate since the molds themselves are not toxic but certain molds can produce poisonous mycotoxins. The researcher from the CDC have been asked to explain the links between toxic black mold and the cases of pulmonary hemorrhage or memory loss. They claimed that mold could be found everywhere but the health problems of poisoning are very rare and should not be taken as a rule. Their opinion is grounded on the fact that not every black mold produces the hazard and that not every hazard mycotoxin causes the health obstacles. In spite of CDC pattern, Dr. Dorr Dearborn, of Rainbow Children’s Hospital in Cleveland, who has studied the pulmonary hemorrhaging in infants, writes that mold is not only dangerous but also deadly. In his research study, of the 29 cases, there were five deaths caused by toxic Stachybotrys. The CDC reports are discussing many types of molds and informing that common indoor molds are the following: Cladosporium, Penicillium, Aspergillus, and Alternaria . The black mold is not as rare as some researchers are trying to present. It is only less common and still not enough studied.

No matter what kind of mold is it, the channels of infiltrations or invasion are the same. They usually come to our homes as the mold spores that enter in through the windows, ventilation or heating systems. Sometimes they attach on people’s clothes or animals and once they are indoor, they can grow only if the moisture is on the requested level:” When mold spores drop on places where there is excessive moisture, such as where leakage may have occurred in roofs, pipes, walls, plant pots, or where there has been flooding, they will grow. Many building materials provide suitable nutrients that encourage mold to grow. Wet cellulose materials, including paper and paper products, cardboard, ceiling tiles, wood, and wood products, are particularly conducive for the growth of some molds. Other materials such as dust, paints, wallpaper, insulation materials, drywall, carpet, fabric, and upholstery, commonly support mold growth” 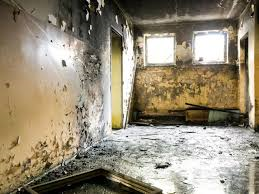 The mold infestation could be seen or could be smelled and it usually comes from the places that are suffering from the moisture. Some people are hyper sensible to any kind of mold and they express the signs of allergies while others do not recognize the problem of mold in their houses until its very late or it is too much accumulated so it couldn’t be removed easily. The commercial products as soap and water or simply 1 cup of bleach in 1 gallon of water could possibly address the mold on the surface, even if we talk about toxic mold. The treatment is the same and often requires the complete removal of wallboards or replacement. When mold has enough time to act, it could invade all house structure as well as the home itself. It is better to make sure that there are no conditions for mold to grow up on the elements of moisture than to treat it when it occurs.

The most recommended measure is to keep humidity as low as it is possible and it should never reach the 50% all day long. This should be checked regularly and the dehumidifier should be able to regulate the air temperature. The building industry now has achieved to offer the mold inhibitors for the wall paintings and the special products for cleaning the corners with the expected moisture (bathrooms and kitchens). 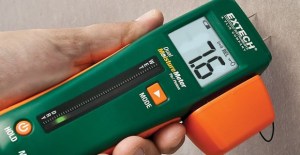 Nevertheless, before we buy any house, we should be let ourselves introduced with the potential of house to attract the mold and the seller is obligated to give us full disclosure on the mold issue. There are the steps we can make and to check the mold separately from the official documents that confirm it or deny. The mold problems could be detected if one is careful in reading the sings as standing water in the basement, watermarks or smells. The houses that have lasting problem with water damages and moisture are mostly those targeted by mold. On the other side, professionals for mold advice that we inform ourselves from home inspectors or real estate agents if the house is built with synthetic stucco (Exterior Insulation and Finish System) that could allow moisture and mold if it is not correct installed as method of insulation. The best way is to hire mold testing companies that will definitely bring the accurate results based on their samples but it costs several hundred dollars and if the project is bigger, the price goes up too. That could be involved in our offer for the house and even could be the reason for the final price of the desired house to go down because of the mold problems. It is very important to know if we are ready to deal with black or any other kind of the mold and if that could cause to us the health disputes or even severe illness.

In some U.S. states like California, Indiana, Maryland, New Jersey and Texas there is legislation about developing the legal regulations for treatment of the mold in closed facilities. The problem is that scientists argue about the damage that mold could cause. The black mold is not dangerous for some of them while others scream out about its hazard and lucrative nature.

The evidences are different and none could claim that the black mold is malign or benign. The fact is that the existence of mold should not be ignored and that must be treated on time before it start causing the real misery.

The potential black monsters that crawl out from our walls, after we have bought a house is a proof that we have not analyzed the object as much as we should have. Even in that case, it is not the end of dream but rather a beginning of reality that we have to deal with. There are always methods to fight the mold back and to ensure the healthy air in the chosen house for the whole family. The black mold could be defeated as any other type of mold but the reaction should be prompt. We should never let the ignorance and fear to control our desires and our ability to act logically. There is always a way when there is a will to keep the dream house safe from nightmares.

6 thoughts on “TOXIC BLACK MOLD: THE MONSTER HIDDEN IN OUR DREAM HOUSE”

THE KING FROM MAINE: HORROR MAESTRO OF OUR TIMES

THE SOCIAL PREDATORS AMONG US: AMERICA AND SERIAL KILLINGS