USA BETWEEN GUNS AND CONTROL

It was a night like many other but still was something about that night that changed America and the whole world in one second. The life and the death played the last tango and the death celebrated its triumph on October 1, 2017, after the one of the deadliest mass shooting by lone wolf in U.S. history. 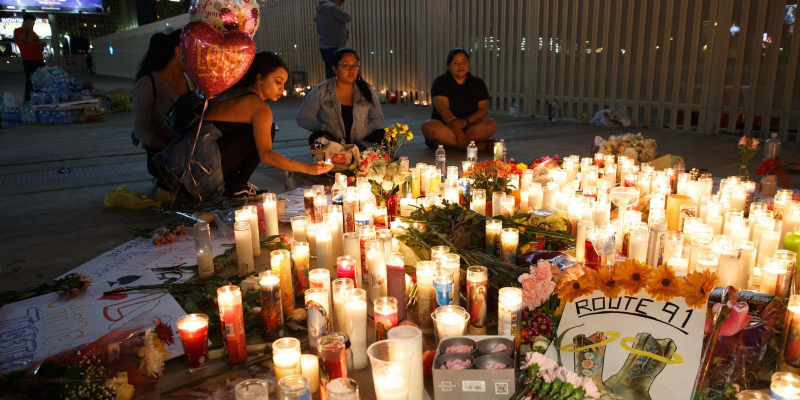 Route 91 Harvest music festival on the Las Vegas Strip in Paradise will be known as the bloody festival from now on. The mass-murderer, Stephen Paddock, loaded with weapons, opened   fire on the outdoor crowd that was enjoying the performance of singer Jason Aldean. The police has reported that the gunman was shooting into the people for more than 10 minutes that caused the black statistic at the end: 59 killed (including the killer) and 489 that were injured in this attack.

The public was shocked, sad and angry. The innocent people paid again for the price of lunacy. No matter if it is an act of terrorism, domestic crime or pathology of lone wolves, the U.S. is very endangered, sometimes targeted and very often hurt. The question is not anymore who is committing those deeds and why but how such people could be detected and eventually stopped to make a massacre. American book of tragedies has a lot of chapter that involve the mass-shootings as the expression of accumulated anger, madness or revenge by some lone wolves or the fellows of some ideology. It is almost like a horror movie alive. You can feel and smell the storm that is coming. You can follow the evil seed from its first stage. The lone wolf attacker is someone that is developing his own attributes and destruction talents in the silence and maybe for years but it could be for months or weeks. It depends on what he is dealing with and how is his personality shaped. If we talk about the lone individual that is full of hatred towards the system but still not linked to any ideological center, I believe we should define him as the lone wolf attacker while the one who is the same but orchestrated by some ideological group and for some bigger goals, should be named as the lone wolf terrorist. This is my own perspective and it is based on my observations of the social phenomena of expressed anger and frustrations that touch the line of individual and group sadism. 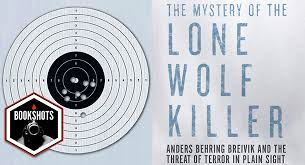 In the case of 64 years old Stephen Paddock, the global community will digest everything that comes from the ongoing investigation. For now, the experts believe that he is not the product of any kind of terrorism but there are many points to be studied for the conclusion about his motives. There are information that he had been buying arms since 1982 and that his collection of weapons was impressive. Mr.Paddock managed to get almost 33 pieces in the past year and Jill A. Snyder, the special agent in charge of the San Francisco office of the federal Bureau of Alcohol, Tobacco, Firearms and Explosives stated that the Bureau would not have been alerted about such purchases : ”The Gun Control Act of 1968 requires sellers to report the sale or disposition of two or more handguns to the same buyer, only if those purchases occur at the same time or within five business days of each other. There is no federal law requiring sellers to alert the bureau to the sale of multiple rifles.” 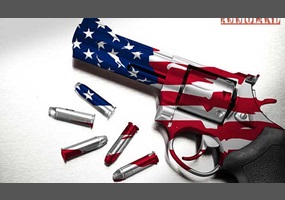 The main debate now in the divided USA is who is directly responsible for this attack, from the structural layers. We are talking about the guns and their importance in American society. The never-ending discussions between Republicans and Democrats about the guns and their potential control. When Democrats express their concern about the influence of guns, I am thinking that guns are individuals, that they have bodies, souls and minds. If is not sad, it would be funny to witness that liberals accuse actually guns for the deaths of people. Guns do not go around and kill people but people get guns, use them and bring tears and pain. The illusions that have some advocates of anti-gun policy show their lack of real knowledge what is killing about and who is committing the killing. Do they think that ban of guns will eliminate the killing appetite of the sick people? Unfortunately, the root of the American problem is deeper as the surface of pro and anti-guns arguments.

The gun culture is the identity itself, the form of crucial society and its freedoms. It is very controversial issue that has an ambiguous meaning. According to Adam Lankford, criminal justice professor and author of the 2015 study “Mass Shooters, Firearms, and Social Strains: A Global Analysis of an Exceptionally American Problem”, it is about guns and about all: „For one side, guns represent aggression, violence, and a somewhat paranoid and anachronistic perspective that you have to protect yourself from external threats,” Lankford said. “For the other side, guns represent safety, security, and self-sufficiency — and wrapped up in some of that is often a form of traditional masculinity whereby the man of the house must be able to physically protect his family.”

There is an evidence that 91% of Republicans claim that owning a gun is their essential right in comparison with only 43% of Democrats who think the same. Maybe it is almost like tribal, partisan feelings that color the American fight for or against guns. One group is feeling safe with guns while other group is feeling very insecure. Who will ever control the mass?

It is so easy to manipulate the people and serve them the truth that they have to follow. If you have enough strong media tools, you will forced them to believe that poor guns are responsible for dead people and not sick people who had mental outbreaks. The last US President, Barack Obama tried to politicize the story about guns, after the mass shooting in Oregon, back in 2015. The numerous number of gun rights groups and the National Rifle Association has made a good job to oppose the illogical attempts of democrats to limit the gun freedoms.

I would ask all of them if they would let their own mothers, sisters or daughters without guns in the dangerous or isolated areas. I am sure they would not. The guns are supportive element for everyone who could be possibly targeted as the victim or far away from the institutional help. They are dangerous in the hands of instable people, but the stone in the hands of mentally sick people is also the deadly weapon. Therefore, it has to be something done regarding the lunacy and not regarding the arms rights. The normal people should more focus on abnormal people and situation so they could report them and prevent their explosions. On the other side, the state regulations must be strict and easy to be implemented if there are any signs of abuse of gun rights. The traces of it must be redirected to the federal and local law enforcement authorities 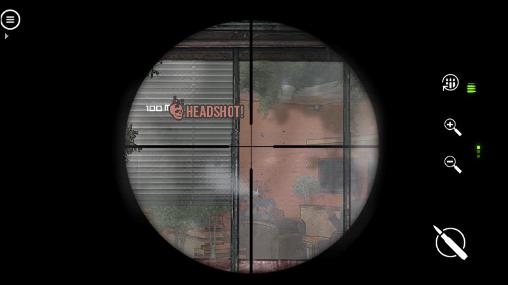 There is no right solution for the killing passions of some individuals or groups but there are always methods of observation and prevention of the zero patient. You cannot blame 325 millions of Americans for one lunatic that pulled the trigger. All you can do is to educate those 325 million of Americans to recognize the problem and lunatics at his early stadium.

In those days or those nights, it is better to have gun in hand than cop on the phone.

THE SICK PASSIONS OF HUMANS: ECOSEXUALITY AND DENDROPHILIA